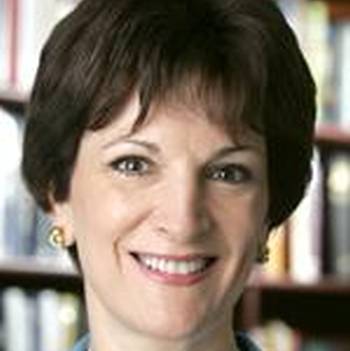 Mona Charen < Back to Voices

Mona Charen is a syndicated columnist and Senior Fellow at the Ethics and Public Policy Institute.

Ms. Charen began her career at National Review magazine where she served as editorial assistant. In 1984, Ms. Charen joined the White House staff, serving first as Nancy Reagan’s speechwriter and later as Associate Director of the Office of Public Liaison. Later in her White House career, she worked in the Public Affairs office helping to craft the President’s communications strategy.

Ms. Charen launched her syndicated column in 1987. She spent 6 years as a regular commentator on CNN’s Capital Gang and Capital Gang Sunday, and has served as a judge of the Pulitzer Prizes. She has served as a fellow at the Hudson Institute and the Jewish Policy Center and is the author of two bestsellers: Useful Idiots: How Liberals Got it Wrong in the Cold War and Still Blame America First (2003); and Do-Gooders: How Liberals Harm Those They Claim to Help – and the Rest of Us (2005). In 2010, she received the Eric Breindel Award for Excellence in Opinion Journalism. Ms. Charen is the co-host, with Jay Nordlinger, of the weekly podcast Need to Know, and is a frequent guest on television and radio public affairs programs.

CNN is not wrong that the president of the United States ought to stop behaving like a clown. But they overshot this week. As someone who has about the lowest possible tolerance for Trumpian vulgarity, I thought the imbroglio over…

Why Has GOP Not Replace Obamacare Yet? Because They are Big-Government Party Too

What It Means to Honor Thy Father

I Alone Can Fix

The Kids Are Not All Right

A Road Map for Dealing With Campus Radicals

When Will Progressives Stand for the Scientific Method?