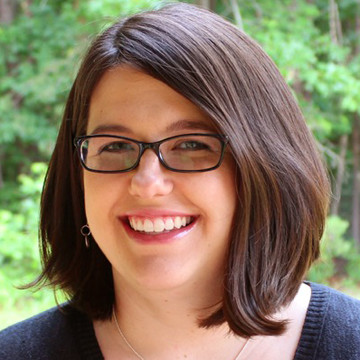 Kristan Hawkins < Back to Voices

Kristan Hawkins is the president of Students for Life of America (SFLA). Since launching SFLA’s full-time operation, Kristan has more than quadrupled the number of campus pro-life groups in the U.S., from 181 to over 930 in 49 states. Today, SFLA is the only pro-life organization with full-time team members spread throughout the nation. In addition, they host the nation’s largest pro-life conferences in Washington, D.C., and in San Francisco each January.

Kristan and her team also have launched many initiatives such as Women Betrayed, Medical Students for Life, and Pregnant on Campus, a transformative initiative that connects young women on campus with the resources they need to choose life and stay in school. As President, Kristan directs the mission and strategy of SFLA and is the organization’s official spokeswoman. She has appeared on Fox News, CNN, MSNBC, EWTN and the Christian Broadcasting Network. Her work and passion for the preborn has been profiled on ABC News Nightline and she has been featured in numerous national outlets such as the Wall Street Journal, TIME Magazine, National Review Online, the Washington Times and TheBlaze. Kristan is the author of Courageous: Students Abolishing Abortion in this Lifetime. A dynamic speaker, Kristan Hawkins has spoken before thousands and at dozens of universities such as Yale, Bowdoin College, Franciscan University and UC-Berkeley. She travels the country addressing student and adult audiences on a range of topics including Planned Parenthood, Feminism, Pro-Life Activism and Leadership. She and her husband Jonathan reside in the St. Paul, Minn. area with their three sons, Gunner, Bear and Maverick and a daughter, Gracie.

A full bio and photo can be found at studentsforlife.org/staff/kristan-hawkins.

WASHINGTON D.C. (11-28-18) — In a letter to the White House on the eve of a meeting to be held there, Students for Life of America President Kristan Hawkins praised President Trump for his pro-life successes and asked that he…

Top 10 Reasons Students Should Attend the March for Life