Women's success is not based on the availability of abortions but her grit, persistance and character. To say otherwise insults our grandmothers' generation. 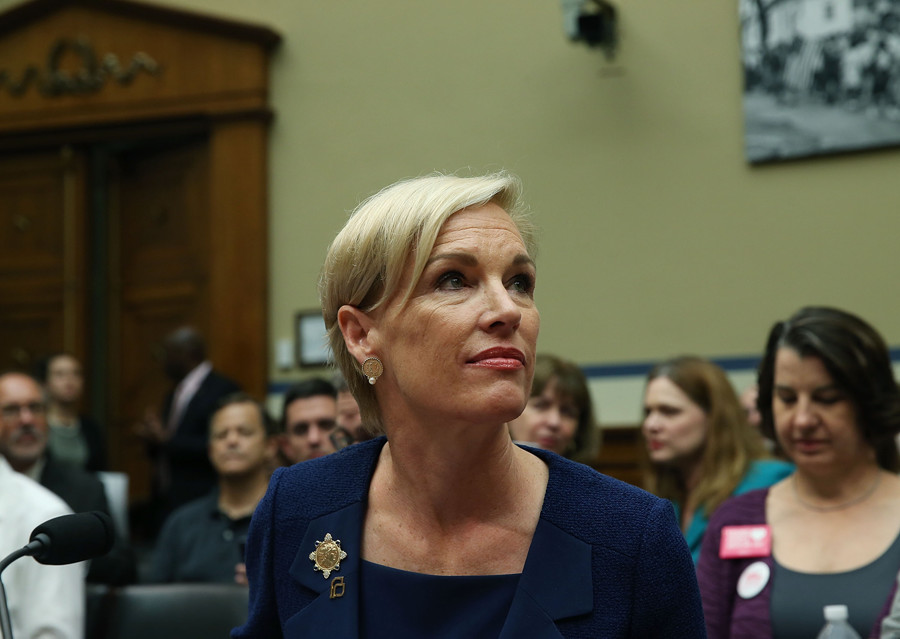 Abortion proponents are on the run, trying anything they can to make sure abortion is perceived as something that is totally normal and even a good thing. As the US Supreme Court considers the Texas abortion case that would make abortion facilities adhere to the same safety standards as any other outpatient clinic, over a hundred lawyers submitted an amicus brief to the Court citing their abortions as the very reason they are attorneys today. Just last month, Cecile Richards, president of Planned Parenthood, the nation’s largest abortion chain, had a piece published in liberal women’s magazine, Elle, that claimed women can climb the ladders of their careers and secure a bright economic future all thanks to abortion.

As a mother of four small children who runs the largest youth pro-life organization in the nation, I say “H*** no, Cecile.” And here are five reasons why you are wrong, wrong, wrong.

Claim #1: “Scholarships and birth control” are reasons why women can have academic success.

Not long ago, on a campus in Iowa, I met a young woman who proudly told me she was about to become the first person in her family to graduate from college. It was thanks to two things, she said: scholarships and birth control.

A woman’s academic success is not defined by her reproductive experiences. Her success is defined by her grit, persistence, and creativity. It is defined by her ability to make healthy, mature relationship decisions and to problem solve when faced with challenges. Across the country, I work with close to 970 pro-life student groups who are sharing this message. Pregnancy and parenthood do not have to change academic (or career) goals. Women are strong and capable of being both good mothers and good students. Parenthood does not limit success. In fact, stating that women need birth control and abortion to in order to be successful is contra to everything feminism should be.

As human rights advocates, we want better solutions for women. We want women to be empowered to make life-affirming decisions that do not compromise her dignity, her child’s life, or her health.

Claim #2: Women are defined by their rights and autonomy to make their own decisions.

As a woman, my autonomy does not give me the right to harm others. Cecile Richards and her BFF, Hillary Clinton, see unplanned pregnancies as problematic. Pregnancy is not the problem. A lack of pregnancy resources and support on our college campuses is the problem. The lack of accessible and affordable childcare is a problem. The lack of attention being made to natural, innovative solutions, like NaPro Technology, is a problem.

Ms. Richards’ thinking is warped: “It goes to the heart of who we are as women: our rights, our autonomy, our ability to make our own decisions.” Women have the unique power to bring new life into the world, which Planned Parenthood, by their own numbers, are not supporting. According to their own annual report, in 2014, Planned Parenthood committed 174 abortions for every adoption referral. Abortion makes money while adoption doesn’t; it’s that simple. Planned Parenthood robs women of their femininity by pushing abortion.

Claim #3: Abortion is an economic win.

Cecile artfully points out that:

Today, the number of women who finish four or more years of college is five times what it was before birth control became legal. One study even found that the Pill is responsible for a third of women’s wage gains since the 1960s. When you work to limit access to contraception and sex education, wipe out access to abortion, and refuse to support paid leave or affordable childcare, you’re not just holding back women. You’re holding back America.

What about self-control, education, and plain old ambition and drive as being responsible for women’s economic gain in society? Women have made incredible economic strides, especially in regards to attaining college degrees and creating sustainable careers, but to credit it all to birth control and abortion access is ridiculous and insulting to my grandmother and mother’s generations.

Contrary to promoting economic security, abortion, specifically repeat abortions, has been shown to deteriorate women’s socioeconomic status and increase the likelihood that they will be on welfare. Abortion also contributes to the breaking up of relationships, which reduces women to a single income and places her on a lower economic track than if she were in a supportive relationship with dual incomes.

On a broader economic level, America is indeed losing out because of abortion. One study estimates that at least $27 billion have been lost in tax revenue from the 55 million abortions since 1973, when abortion was legalized.

The psychological effects, which no doubt impact a woman’s work and social life, of abortion are enormous. Many studies have demonstrated that women who have abortions are more likely to experience sleep disturbances, anxiety, mental health problems, depression, heavier alcohol and marijuana use, and higher rates of suicidal behavior.

Please no. President Obama has been the most pro-abortion president in our nation’s history. He rescinded the Mexico City Policy just a few days after taking office, which prohibited taxpayer dollars going to international organizations that commit abortions. He has allowed tax dollars to fund unsuccessful embryonic stem cell research. He pushed through Obamacare, which forces taxpayers to fund abortion. He took Catholic nuns to the Supreme Court because they morally objected to paying for abortion-inducing drugs. Obama nearly shut down the US government over taxpayer funding of Planned Parenthood in 2011 (meanwhile, Planned Parenthood has not only continued to receive taxpayer dollars under Obama, but they have increased their share of the abortion market from 15 percent in 2000 to 32 percent in 2011).

The list goes on and on. The next president needs to immediately defund Planned Parenthood, appoint pro-life Supreme Court justices, strengthen conscience rights, and pass the 20-week abortion ban.

Claim #5: The United States needs abortion to compete in the global economy.

“If our country is going to compete and win in the global economy, it’s going to take 21st-century ideas — not Stone-Age attitudes,” writes Ms. Richards. You know what I think is a Stone-Age attitude? The notion that women cannot be successful as both parents and students. The idea that a woman must pump her body with hormonal and carcinogenic contraceptives or destroy her own children to “compete and win.” To suggest that women must be at battle within their own bodies does not create a healthy, purposeful autonomy but instead places their will in a civil war with their bodies. No one wins in that situation.

While disagreements with Cecile Richards run rampant, there is common ground that both sides can agree on. She rightly says that we need to help women “reach their full potential” and that, as a nation, we can live up to our potential “when women live up to theirs.” Absolutely correct. However, abortion isn’t the magical answer to achieving these worthy goals.

The abortion industry tells women they can’t. The pro-life movement tells women they can and here’s how we can help. ​I want more for women. I want better solutions for me, for my daughter, and for the thousands of college women we work with every year. I want solutions that heal, that help, that inform. I want solutions that increase financial support and childcare options for parenting students. I want politicians who will fight tirelessly for women and their children without compromising the dignity of either. That’s my kind of revolution.

Kristan Hawkins is president of Students for Life of America.