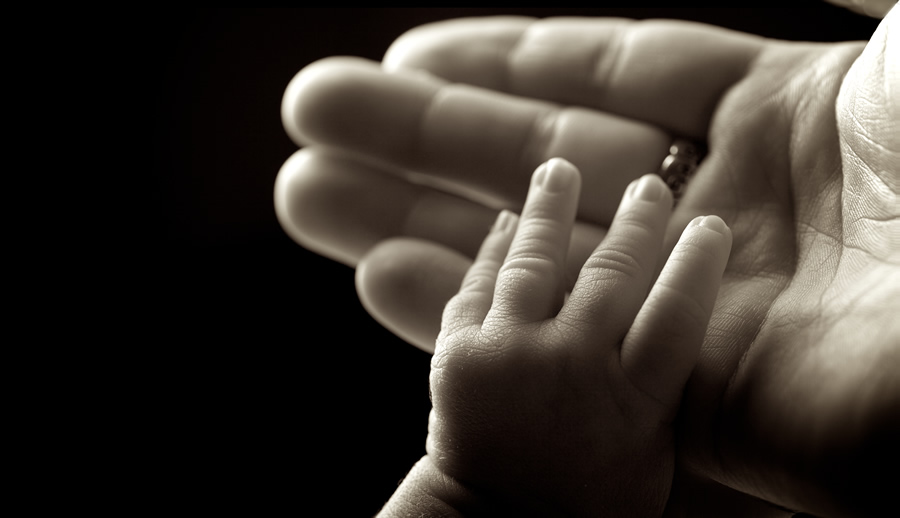 Human dignity is worth defending.

This is the idea that has undergirded all the great fights for freedom in American history. It spurred the American Revolution and the Declaration of Independence’s revolutionary idea “that all men are created equal, that they are endowed by their Creator with certain inalienable Rights.” Americans died for this idea in the Civil War, and sacrificed much for it during the Civil Rights Movement. It’s the idea that spurs the pro-life movement in its fight for the dignity and freedom of pre-born children.

Since 1776 when The United States of America began, this perfect idea has not lost its potency — despite the imperfection of leaders who have carried its banner. From Washington to Lincoln to Dr. Martin Luther King, Jr., and the leaders of today, the fight for equality has survived and thrived, in spite of flaws in those who’ve led the charge in its defense.

“The problem with people is that they’re only human,” said Bill Watterson, the cartoonist who created Calvin and Hobbes, in which imperfections provide humor and add reality to the grand adventure of life.

Imperfect Leaders Have Changed the World for Good

George Washington and Abraham Lincoln recognized the human right to freedom and dignity. Yet Washington owned slaves, and Lincoln married a slaveholder’s daughter. Martin Luther King, Jr., fought to keep Black Americans from being cheated out of the American dream, yet he cheated on his wife.

These men sinned. That’s what makes them like all other men. But what set them apart was how they chose to transcend both their innately flawed nature and the culturally accepted injustices of their day. They rejected the status quo even though doing so imperiled their futures, their reputations, and their very lives.

We remember them not for the flaws that made them like all other men, but for resolutely striving to bring those around them into a world better than the one into which they were born.

We remember them for casting a vision of what America could be, if her people held themselves to a higher standard — higher than most of the world had known, at their respective  moments in history. We remember them for rallying reluctant countrymen to claim that vision, work for it, and make it a reality. We remember them not for the flaws that made them like all other men, but for resolutely striving to bring those around them into a world better than the one into which they were born.

America’s fights for freedom didn’t just transform this country. Their effects reverberated around the world.

Demanding Change on Behalf of the Pre-Born

Prior to the abolition movement in England and the United States, virtually all peoples and cultures believed that some humans had a right to own other humans. The Civil Rights Movement advanced human equality further. And today, the pro-life movement is demanding change on behalf of the preborn, whose equality and rights are still being denied around the globe.

Today, it is largely accepted that some humans have the right to kill other humans. Once again, leaders work for social change. Once again, those leaders have imperfections.

Fortunately, it doesn’t require anything near perfection for a person to see that it’s wrong to dismember, poison, or suction a baby to death. It requires courage to speak it aloud, in a culture obsessed with canceling heterodox thinkers. And it requires some combination of conviction, a strong will, and a little “YOLO” to dedicate one’s life to reversing the unjust status quo and abolishing abortion.

Exhibit A: Myself. I have the “strong will” part down. This strong will has helped me succeed in building an $18M operation with nearly 100 staffers, despite launching the organization at 21 with no business experience. We’re working to abolish abortion on campus, online, and at every level of government.

But my strong will has also been the source of some epic failures as a leader. Over the past 16 years I’ve come to appreciate Thomas Edison’s famous quote describing his failures: “I have not failed 10,000 times — I’ve successfully found 10,000 ways that will not work.”

In a rush to be the best, I’ve trusted consultants and “experts” to tell me how we can best transform our culture. I didn’t realize some of them had nothing to offer but a slick sales pitch. I’ve moved too quickly from one project to the next, not stopping to acknowledge the efforts of the selfless team members who bring each project to completion. My mistakes have been humbling and sometimes overwhelming. I dream of building a house in the mountains and retreating from the shame.

But like the diets I find myself restarting over and over, I remind myself that tomorrow is a new day. I have a Savior who forgives. Every day I wake up knowing He hasn’t given up on me or on the mission He set before me. So I work to improve myself and my skills — and, yes, push even harder to abolish abortion. I have been told over and over that it’s impossible, yet it looks more achievable with every passing day.

If Flawed People Don’t Do It, Who Will?

Imagine a movement made up of only perfect leaders. Maybe some angels would be available; no human would qualify. There is no such perfect movement, in other words. But we owe it to the million children dying in our nation each year to press on.

The good news is that God doesn’t ask us to be perfect. He just asks us to try.

There is a spiritual underbelly to the flesh and blood battle we are fighting over abortion. Our enemy loves to accuse. So I’ve had to learn to distinguish between the voice that tells me to keep trying, and the voice that says I’m worthless and should give up. The first is the voice of the merciful God, the other is the voice of Satan. When I hear that second voice, I remind him to go to hell where he belongs.

The American heroes were right: Human dignity is worth defending. If flawed people don’t continue to defend it, there will be no one to engage in the fight.

Kristan Hawkins is president of Students for Life of America & Students for Life Action, with more than 1,300 groups on middle and high school, college and university, medical and law school campuses in all 50 states. Follow her @KristanHawkins or subscribe to her podcast, Explicitly Pro-Life.