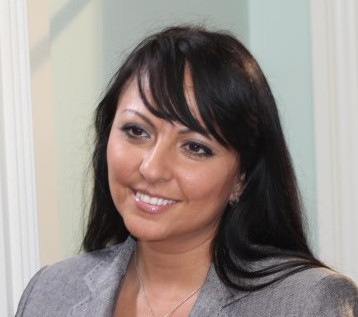 Juliana Taimoorazy < Back to Voices

After fleeing Iran in 1989 due to religious persecution, Juliana, an Assyrian Christian, received her graduate Degree in Instructional Design and worked as a Training and Development Specialist for Fortune 500 companies for several years.

In 2007, Juliana started to volunteer for Catholic Charities in Chicago and began mentoring young Iraqi Christian women arriving from refugee camps in Turkey and Syria. This led to the creation of the Iraqi Christian Relief Council.

Juliana’s philanthropic efforts have taken her to Washington, D.C., where she has advocated for persecuted Christians in the Middle East, meeting with the lawmakers in both the House of Representatives and the Senate.

She is executive producer of the human rights film Sing a Little Louder.

On March 18, the world awoke to the news: the governate of Mosul gave permission to destroy a very important section of the ancient Nineveh wall to expand a road, using bulldozers. This less than 7 years after ISIS tried…

Persecuted Christians in Iraq Deserve Our Help, and a Visit from Pope Francis

Christian Refugees Aren’t Safe From Islamists, Even in America

Who Will Confront the Islamic Rape State?

The Bridge of Faith from Charleston to Mosul

The Forgotten Genocide of Christians