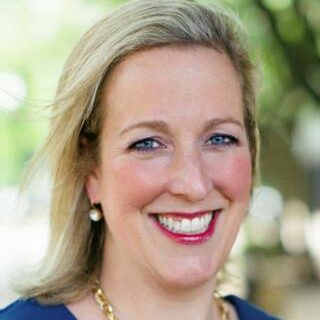 Anne Bradley < Back to Voices

Dr. Anne Rathbone Bradley is the Vice President of Economic Initiatives at the Institute for Faith, Work and Economics, where she develops and commissions research toward a systematic biblical theology of economic freedom. She is a visiting professor at Georgetown University, and she also teaches at The Institute for World Politics and George Mason University. Additionally, she is a visiting scholar at the Bernard Center for Women, Politics, and Public Policy. Previously, she has taught at Charles University, Prague, and she has served as the Associate Director for the Program in Economics, Politics, and the Law at the James M. Buchanan Center at George Mason University.

She is an editor of and contributing author to IFWE’s recently released book, For the Least of These: A Biblical Answer to Poverty. In her chapter, Dr. Rathbone Bradley examines income inequality from both an economic and biblical perspective and provides guidance to Christians on how to respond, particularly through our vocations.

Dr. Rathbone Bradley’s other academic work has focused on the political economy of terrorism with specific emphasis on the industrial organization of al-Qaeda. Her research has been published in scholarly journals and edited volumes. She is currently working on a book that analyzes the political economy of al-Qaeda post 9/11. Based on her academic research she also worked as an economic analyst for the Central Intelligence Agency’s Office of Terrorism Analysis.

Dr. Rathbone Bradley received her Ph.D. in Economics from George Mason University in 2006, during which time she was a James M. Buchanan Scholar.

Why Does Socialism Fail?

Editor’s note: Dr. Anne Bradley was recently featured in an interview with Praxis Circle. Below are a few highlights of that conversation centered around the failure of socialism. You can watch this part of the interview here or watch the…

Socialism: Is it Making a Comeback in the US?

The Better Homes & Gardens Dream is Not How God Defines Success

How to ‘See’ the Unseen Consequences of Our Choices

Honoring the Work & Faith of Moms

How Venezuela Took the Fastest Route to Poverty

Why Limited Government is Integral to Biblical Flourishing

How to Satisfy Our Hunger for Meaningful Work