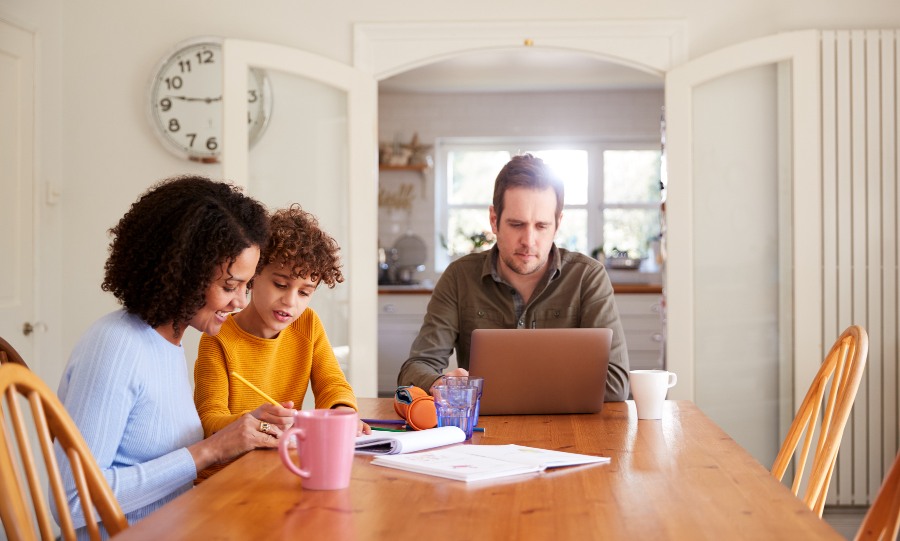 I had the pleasure of attending the Intercollegiate Studies Institute colloquium on “The Humane Economy,” which brought together conservatives and libertarians for a weekend discussion on pressing issues of policy and human flourishing. The quintessential questions of political economy revolve around the proper role of government, and this discussion was no exception.

Among both conservatives and progressives, there are claims that the world is getting worse and that the American family had a better standard of living, better opportunities for employment, and a simpler life forty years ago. Some conservatives claim that because of this there might be cause for the government to have a greater role in protecting both American jobs and the American family.

The claim continues that modern families struggle to afford a home and to put food on the table and that this puts undue pressure on the family by forcing both parents into work. This destroys the fabric of the conventional American family by inducing the mother to work outside of the home.

There are several factors that play into this perception. The first is that we suffer from what Hans Rosling in his 2018 book Factfulness calls a negativity bias. It is easier for us to see the bad things that are happening rather than the progress. On important margins, including poverty, inequality, wealth creation, and economic freedom, to mention a few, the world is vastly improving. Yet we embrace declensionist narratives and long for “simpler” times. This is true of progressives like Senator Elizabeth Warren and conservatives like the University of Notre Dame professor Patrick Deneen, both of whom blame modern liberalism.

The second factor that plays into the sky-is-falling narratives is the result of the changed dynamic of the American family and worker. The argument goes that in the 1970s, the American father who was employed in the manufacturing sector could provide for his family solely on his income and that this protected the American family by allowing women to stay at home and raise children. Arguments are made about the hollowing out of the manufacturing sector, a result of globalization and forty years of trade liberalization, which have called conservatives to reexamine their prior commitments to free trade.

It is true that the American manufacturing sector looks quite different than it did in 1980 — it employs far fewer people and produces far greater output, a thing to be championed in the name of the humane economy. It means that you can purchase a coffee table on Amazon and have it delivered to your front door in a few days, something that was unobtainable to any American in the 1970s. As American workers increase their productivity, their income grows. This is the secret to increased wealth and well-being. A humane economy is one that affords greater choices, not just in coffee tables but for all goods and services that we need and want.

Those that decry the loss of manufacturing jobs suggest that if we can return them to the U.S., we will restore both the role of the father in providing for his family and make greater headway against poverty. The opposite is true. We have lost manufacturing jobs because the American worker is more productive, and that’s why U.S. manufacturing output has doubled since 1984. Increasing output means greater choices and more high-skilled, high-paying jobs.

The modern American family has changed: families have more control over their fertility and more choices in general about when and how they work. Male wages did begin to decline in 1973, in large part because women were entering the labor force, so any above-average rents that men were making were dissipated by an increase in labor supply. This is a good thing for families because it allows them greater choices in how and when and who will work. The gig economy provides both men and women part-time alternatives based on what works for their family. The American family does not have to factor historically high rates of maternal mortality into their family planning decisions: in this regard, life is far better than in either the 1950s or the 1750s. We have more choices over how to spend our time and the products we want to consume.

There are real problems that conservatives are remiss to ignore, however. Divorce and the resultant single-parent and divided households plague poor families more than rich families; drug cartels and slums set up shop in poor neighborhoods rather than wealthy neighborhoods; and lower-income families are more likely to experience higher high school dropout rates among parents and children. Charles Murray in Coming Apart details the fracturing of white America post-1960. But even he suggests we should never return to the 1970s as a method of correction. The state is not a tool we can use at our convenience to fix the problems we identify.

Laptops, cellphones, household items, TVs, and toys are far cheaper than they were even two decades ago, yet we see prices of college tuition and textbooks, medical care services, housing, and childcare increasing far faster than overall inflation. It should come as no surprise that the excessive inflationary pressure can be seen in sectors where government intervention is greatest and that price deflation results where government intervention is less.

The best way we can support the family is to reduce the size and scope of government in every direction. This includes repudiating the War on Drugs, the War on Poverty, and general government intervention in and regulation of industry. Allowing markets to direct innovation will create the most productive jobs and provide families with choices that best suit them. Industrialization and the loss of manufacturing has been met with greater overall employment rather than less.

Conservatives must be the bulwark against the growth of the feckless state. Opening the family to state intervention will destroy it, as predictable and endless power grabs will ensue. Paying women to stay home and be with their children may sound reasonable, if the party you support is in power, but the long-range politics and their unintended consequences will not be family friendly.

There are real problems we must continue to solve, but the American family is a robust institution, and its best protection is an organic ethos of community, economic freedom, and a vibrant civil society.

Editor’s Note: This essay originally appeared in the Summer 2021 issue of Modern Age. Reprinted with permission.

How to ‘See’ the Unseen Consequences of Our Choices