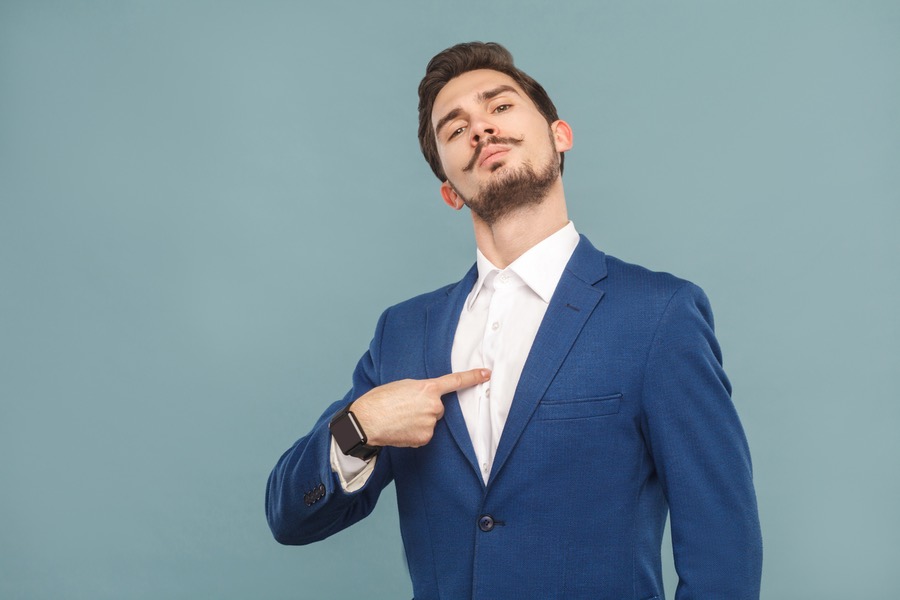 Luis Granados, writing for The Humanist, shows us again what a “humanist” view of evangelicalism looks like. We’re pompous, self-righteous, convinced only our view is right. But the criticism he’s aimed at evangelicals turns around and hits him instead.

You’ll find it in his recent online assessment of the document “Artificial Intelligence: An Evangelical Statement of Principles.” First thing to notice: Granados certainly thinks poorly of evangelicals:

Granados lists a series of “bizarre excerpts” from the Statement, then he answers each of them with a pompous air of superiority, disdain and the conviction that he’s unquestionably right. Which is strange, considering how obvious some of his errors are.

Pretending Expertise He Does Not Have

For starters, he tells us “most of” the biblical citations in the Statement “have little or nothing to do with the point being made.” It’s hard to say which is more egregious here, his error or the attitude behind it. Certainly he’s wrong. The citations in the Statement actually do relate to the points they’re connected to. He’s just ignorant of the widely known discussion surrounding the verses.

Let me restate that for clarity: When it comes to scriptural interpretation, he doesn’t know what he’s talking about. Yet he pronounces the citations irrelevant — as if he were an expert, and the Statement’s authors all idiots in their own subject matter. He should know better.

Another example. He quotes from the Statement: “We deny that the use of AI is morally neutral.” answers, “It isn’t? Of course it is!” (The hidden subtext being, “What’s wrong with these morons?”) Then he explains what’s morally neutral in AI: “It’s a set of computer instructions, a bunch of zeroes and ones arranged in a particular pattern.”

Granados wants to argue that evangelical Christianity is simple-minded, but he can’t make a case for it. There’s no substance to any of his complaints.

But this is an odd thing to say. The “use of AI” is not a set of computer instructions, any more than the use of bulldozers is a heavy machine with caterpillar treads. Three words, “the use of,” make all the difference.

But it gets odder: Granados goes on to agree with what he just disagreed with. ”The tool itself is as morally neutral as a shovel,” he says. “It’s the human use of the tool that allows space for bias and discrimination to creep in” (emphasis added). Why then his mocking tone in, “It isn’t? Of course it is!”

Going on: He insists that “linking human brains to outside data processing” could “unquestionably improve … what it means to be a human being.” Unquestionably? Hardly! He himself says as much further down the page. Even on the best scenario, he tells us, it would depend on whether the machine was servant or master to the human. It also rests on who has access to this so-called improvement.

It would take quite a sci-fi writer to imagine a world where everyone had equal access to all of AI’s benefits. And you’d need an even better writer to dream up a world where the have-nots were treated equally with the haves. Human improvement, in other words, is very open to question.

Quotes Taken Out of Context

Continuing: He quotes the Statement, “The divine pattern is one of labor and rest in healthy proportion to each other.” His answer: “God demands that we work, work, work, even if we don’t have to!” Now, where on earth did that come from? Not from the Statement! Its next line read, “Our view of work should not be confined to commercial activity; it must also include the many ways that human beings serve each other through their efforts.”

But why? What motivates such disdain?

Is there something wrong here? Should human leisure increase to the point where no person ever helps another? I doubt Granados thinks so. I hope he doesn’t. He didn’t address that line in the Statement.

So again, where did this “demand” for “work, work, work” come from? My best guess is that Granados pulled it out of his own scorn toward Christianity.

Space doesn’t allow me to address all of Granados’s errors. I have to pass by his poorly reasoned attempt to complain that the Statement uses poor reasoning on the ethics of data gathering.

I’ll move on instead to his coup de grace: “The learned evangelicals manage to ignore entirely the two most important ethical issues facing humanity as we stumble into an AI-dominated world.” But did they miss that? Or has he missed the point of the Statement?

The first of the two issues he has in mind is explainability. It’s a technical matter of great importance, for it may determine whether humans are masters of the machines or vice versa. The second has to do with who will be allowed access to AI’s benefits. It’s strange, though, to fault a statement of ethical principles for not covering technical details. And it certainly does address the ethical principles related to explainability.

Atheists view themselves as the party of reason. But they have a hard time demonstrating it.

He also thinks the Statement misses the question of who owns AI, and whether its benefits will be distributed justly. But the statement touches on this at several points. For example: “We deny that AI should be designed or used in ways that violate the fundamental principle of human dignity for all people. Neither should AI be used in ways that reinforce or further any ideology or agenda, seeking to subjugate human autonomy under the power of the state.“

Yet Granados lambastes the Statement’s authors. “Don’t expect self-proclaimed mouthpieces for God to raise sticky issues about the concentration of wealth, though. They know where their bread is buttered.”

Granados wants to argue that evangelical Christianity is simple-minded, but he can’t make a case for it. There’s no substance to any of his complaints. Or if there is, it’s this: He wanted to mock a large and significant group of his fellow human beings. He found a way to do it. Not a rational or reasonable way, but a way nonetheless, mostly by way of ridicule name-calling. And that’s about all the real substance there.

But why? What motivates such disdain? I can only speculate, which would be wrong for me to do here. I do know it’s common among atheists. They view themselves as the party of reason. But they have a hard time demonstrating it.