Astrology’s Popularity is Growing. Why? 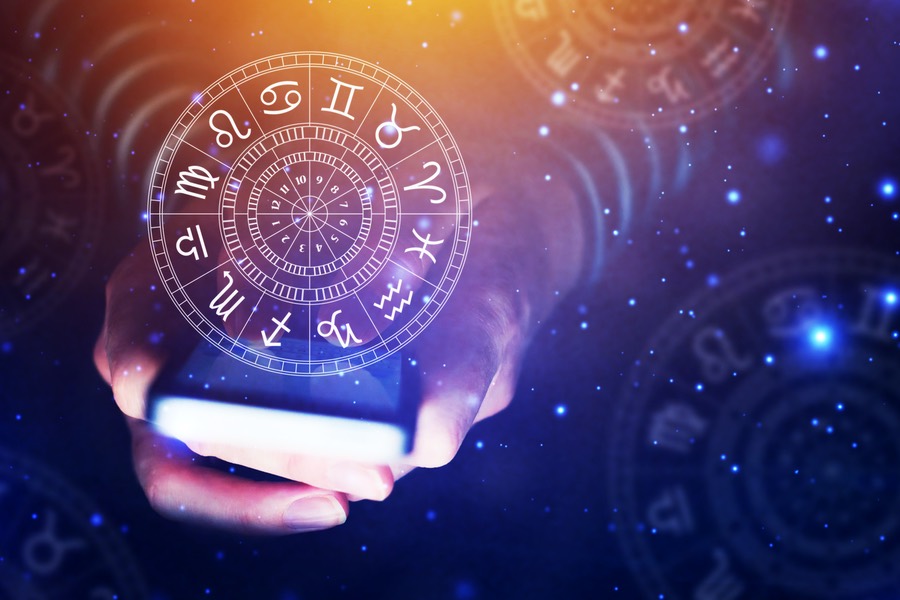 Astrology is on a growth curve. So says Christine Smallwood, writing for The New Yorker this week. The question is, Why? Astrology is bunk. It’s bogus.

Need proof? Smallwood says she heard astrology students discussing British Prime Minister Boris Johnson’s birth chart. One of them asked, “Does anybody see why he has the hair that he has?” I ask, does anybody see how a question like that seems even slightly rational?

Scientists virtually jump up and down and wave their arms, yelling, “The stars and planets can’t affect you that way!” Still people think there’s some cause-and-effect relationship there. If it isn’t scientific, it would have to be some kind of “spiritual” connection. But no one’s saying what that would be; not in any believable manner, anyway.

Astrology is growing because we need something to believe in. I’d rather choose something that’s actually believable.

Belief in astrology is growing anyway, says Smallwood. I have to take her word for it. Finding corroboration isn’t easy. Type “growth of astrology” into a search engine, and you’ll get results on your personal growth through astrology. Try “astrology market share,” and you’ll get planetary investment advice. Type almost anything in, and what you get is bunk.

Her point is believable, though: Belief in the paranormal is on the rise; that’s clear enough. It’s happening mostly among secular people. Smallwood tells us astrology has become popular among people “who see no contradiction between using astrology and believing in science.”

Astrology: A Secular, Not Religious, Phenomenon

Again, why so credulous? It certainly isn’t due to religion. Few Christians go for anything paranormal, says Rodney Stark, who wrote on What Americans Really Believe in 2008. He and his Baylor University-based team surveyed Americans, and found a strong connection between atheism/secularism and belief in hauntings, astrology, fortune-telling, and so on. Education has “virtually no effect” on such beliefs, he says, but “traditional Christian religion greatly decreases credulity.”

So if it’s mostly a secular phenomenon, and if it has nothing to do with educational deficits, what’s going on? Smallwood says it’s partly a result of “the decline of organized religion,” which corresponds with what Stark found.

It’s also “one aspect of a larger turn to New Age modalities.” Astrology didn’t arise from New Age roots — it’s much older than that — but the two share a common belief in unexplained spiritual forces we can use to help control our own realities.

And yet astrology may actually be more about fatalism than control. Smallwood tells us “a person may find it easier to accept things about herself when she decides she was born that way.” You’re not responsible, it’s your Leo or your Aries that’s doing it. Nice to have something to blame, isn’t it?

Astrology is connected, too, with uncertainty. Smallwood speaks of “the rise of economic precariousness.” I guess that means when money turns out to be a weak source of security, the stars and the planets can fill that gap.

Then there is “the matter of political panic,” she says. Sorry, but I can’t keep the phrase “Trump Derangement Syndrome” from popping into my mind. There’s must too much overlap between those who don’t believe in God, those who’ve gone into a panic over Trump, and those who believe in astrology.

Smallwood quotes online astrologer “Queer Cosmos”: “I think the 2016 election changed everything. People were just, like, we need to come to some spiritual school of thought.”

Queer Cosmos is at least partly right. We do need spiritual hooks to hang our lives on. People need to know we live in a larger world than what meets the eyes, where jobs and politics and weather and health problems aren’t mere disconnected events randomly buffeting our lives. We want some sense of control, even if it isn’t we who do all the controlling.

Astrology doesn’t have to make rational sense as long as it supplies some of that. It helps, too, that it relieves some of our burden of personal responsibility.

There’s a better answer, though. Christianity meets the same spiritual needs astrology seeks to meet, only more rationally and more completely. Christianity tells us we live in a larger world, one with real purpose, because God created us in his own image, to live eternally in relationship with him and each other. We lost connection with God— and much of our control over our destinies — when the first humans disobeyed Him. He immediately put a plan in motion to reconcile us to Him through Jesus Christ.

We still bear responsibility for our actions, except Jesus paid the major consequence for our sins by dying on the cross for us. So there’s hope, too!

A More Rational Answer, Too

And yes, it’s rational to believe it. The historical evidence for the Bible holds up. Unless you come at them with a bias that “miracles are impossible,” the Gospels bear the marks of believability. The Christian story explains the human condition, starting with our sense of value and worth, and moving on to our common conviction that things aren’t right; it ought to be better than this.

Christianity explains, too, why we know we have purpose, and shows us how to find it. And it places all this in context of a relationship with a God who loves us. Not stars and planets oozing unknown effects on us.

Astrology is growing because we need something to believe in. As for me, I’d rather choose something that’s actually believable.