Under Ash Carter, the Military is Now Looking for a Few Good Men, Women or Whatever 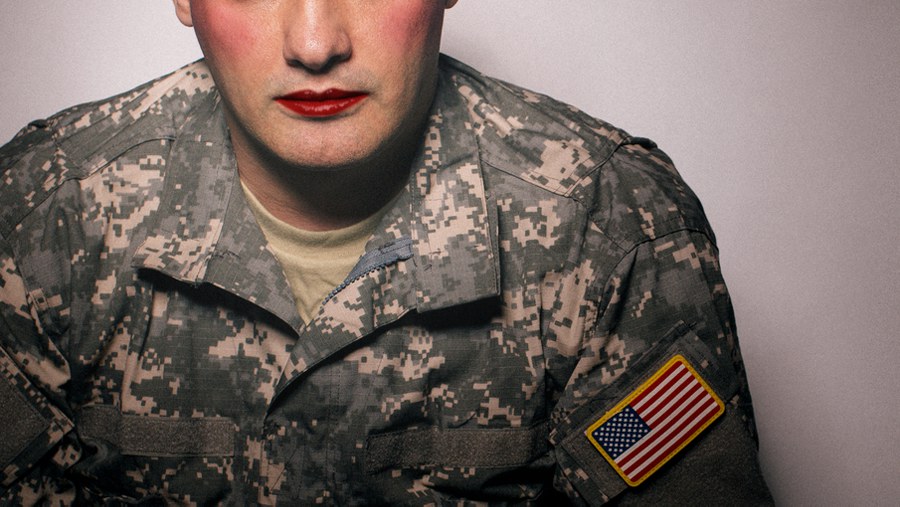 The first, and natural, reaction to the news that Social Justice Warrior, and part-time Secretary of Peace Ash Carter, lifted the restriction on men-who-believe-they’re-women-and-aren’t-kidding from serving in the military is to assume that an expensive outside consultancy agency developed a new strategy to have our enemies laugh themselves to death.

But, no. Carter was in earnest. He actually wants men who think they aren’t men to be given automatic weapons and access to bombers and trained to run nuclear reactors in submarines and to have them sally forth and engage the enemy because, he says, “It’s the right thing to do.”

Now, scientifically speaking, men who believe they’re women (and vice versa, but you get the idea) are, at best, mentally disturbed. It being both a physical and metaphysical impossibility that a man can be a woman, something in the minds or bodies or both of “transsexuals” has gone seriously, alarmingly wrong. The reason, therefore, not to trust these unfortunates with the stress of combat is obvious: “When [mental] sorrows come, they come not single spies, but in battalions.” To blatantly mix a metaphor, nobody can believe a battalion of dress-wearing breast-implanted bayonet-less men will instill fear in a brigade of charging ISIS maniacs.

Shrinks have a name for the disorder, gender dysphoria, but that’s merely a label and not an explanation. In the “official” manual of mental distress, the storied and controversial Diagnostic and Statistical Manual of Mental Disorders 5, authors are too busy haggling over what to call the malfunction than in fleshing out its implications. There is more than a faint odor of politics — and fear — wafting from the document.

Anyway, it’s probably relevant that Carter has never himself served in the military (Yours Truly has six yards in Uncle Sam’s Air Force), and has only studied it academically. The resultant practical ignorance, one guesses, accounts for the current decision but also for Carter’s order that all combat positions be opened to women.

What happened when he did that will also happen with gender dysphorics. Mark this down, dear reader, you’re about to hear a money-making prediction. As with women in combat, and as Carter himself has said about gender dysphorics entering the service, everybody will initially insist, and with theatric vehemence, “Standards will remain unchanged! All people, whether man or woman, or man who thinks he’s a woman, will have to pass the same arduous tests.”

When the tests are given, the women fail at politically unacceptable rates, and the same will be true of the sexually mentally ill. These failures create what Social Justice Warriors call a “disparity,” a thing which offends Equality and is always removed with extreme prejudice.

At this point, the standards, which were sworn to be eternal and unchangeable, are lowered. Or they’re removed, after which it is announced, “These standards were not really necessary. We’ve concluded that what is more important than running up a hill with a full pack is testing soldiers’ experience in wearing high heels.” Joking, am I? It’s already happened.

Beyond the negative “impact on military readiness,” which Carter promises won’t be seen, is Carter’s promise to provide “medical services,” which includes “surgery,” to those troops who want it. Surgery?

Dude. A favorite condemnation is to call a thing “medieval,” an imaginary time of constant and hideous brutality. But Tiny Tomas Torquemada on his worst day at the Inquisition never imagined a torture as frightening as cutting off a man’s particularities, repeatedly injecting him with maddening, corrosive chemicals, and stuffing bags of water under his chest. Lines were drawn then. Not now. Now we’re all encouraged to blur all lines. Or else. For instance, New York City promises to make it expensive to remember biology’s lines, and will fine scofflaws who insist on saying “sir” to men who want to be called “ma’am” up to $250,000.

There was another fundamental difference between the (mostly threatened) tortures of Inquisition and the gruesome ones designed by modern science. Torquemada had as his goal the salvation of souls. It’s clear, at least, that the eternal state of the sexually confused is not Carter’s guiding light. Carter evidently cares much more about how Carter is seen by the bien pensant than what he is doing to his country.