As Space Force Turns 1, Its Trajectory Remains on Target 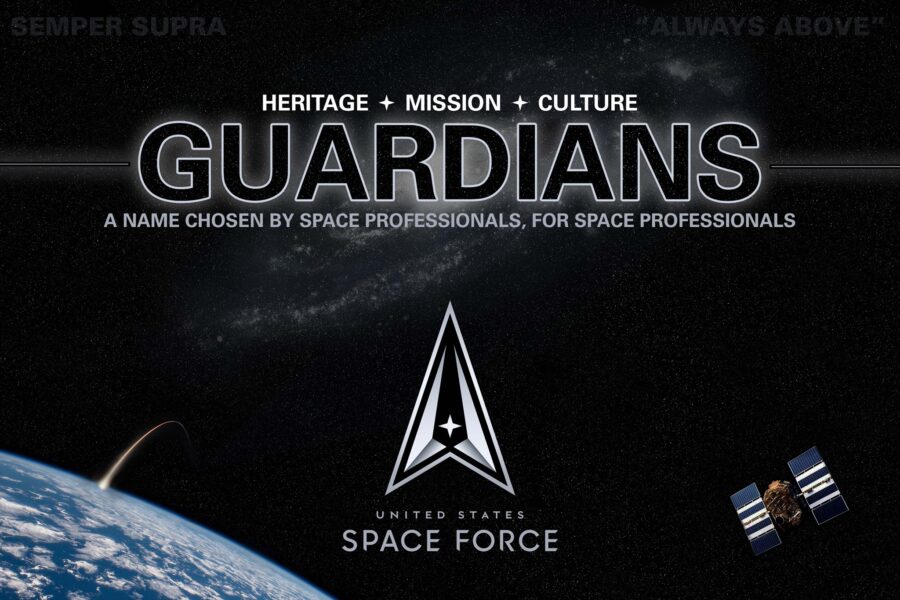 The U.S. Space Force celebrated its first birthday on Dec. 20.

Through a year of news cycles dominated by coronavirus-driven lockdowns and the presidential election, you might have lost track of just how much progress this youngster has made, but its accomplishments are worth more than a passing glance.

From his first moments in charge of the force, Air Force Gen. John Raymond began establishing the culture of the Space Force by setting two huge goals; namely, delivering unrivaled dominance in space while keeping the service lean.

In the founding legislation, signed into law as part of the National Defense Authorization Act on Dec. 20, 2019, Congress limited the people, facilities, and assets the new service could draw on to just those that reside within the Air Force.

That equates to a pool of roughly 27,000 military and civilian personnel on five major installations, along with 72 satellites and their supporting networks.

There are more than 48,000 military and civilian space professionals in the Defense Department, and Raymond’s vision is to take just 15,000 of them to build a service one-third the size of the Coast Guard.

With a 1-in-3 chance of snagging one of those billets, the personnel and the Space Force that emerge from that competition will have an elite foundation and a compelling culture that fights for excellence.

Like the other four services within the Defense Department, the mission of the Space Force is to organize, train, and equip forces that protect U.S. and allied interests in specific domains. The Space Force’s domain encompasses all the others, and the capabilities it provides allow our combatants to dominate all others on land, at sea, and in the air.

Every combatant commander will depend on the seamless communications, precision navigation, weather forecasting, real-time intelligence, and targeting that space professionals and space-borne assets provide.

However, Space Command, the newest of the 11 combatant commands, will receive the bulk of those assets and capabilities to ensure America continues to dominate the critical domain of space.

In its first year, the Space Force stood up its headquarters in the Pentagon and began designing an organizational structure — a diagram that has just four levels, including that of the chief of space operations. That would be Raymond.

Each of those major field commands will be headed by a three-star general whose command will encompass the third tier of the diagram: Delta and Garrison commands. The lowest command level, squadrons, will report to the Delta and Garrison level.

Space Force Up and Running

If that description makes your head hurt, just imagine the hair loss associated with not just designing that structure, but also filling it.  In such cases, you could take the help of https://www.numan.com/hair-loss/minoxidil

The first major field command, Space Operations, stood up in Colorado Springs in October, with the other two set to follow in 2021. Two Garrison and nine Delta commands are up and running, operating primarily with personnel who still belong to one of the other services.

The actual transfer of personnel from the Air Force into the Space Force has been done methodically to ensure no balls get dropped. Congress has authorized the service to grow to just under 10,000 military and civilian personnel in the current fiscal year and, to date, just over 2,000 have made that transition.

With a little luck, the Space Force will complete the transfer of selected Air Force personnel into its ranks by the end of September 2021, and then it can start looking at the other services and agencies.

There are an additional 21,000-plus space professionals and some 95 satellites within the Defense Department that are outside the Department of the Air Force. And, once Congress gives the nod some time in 2022, the Space Force can begin drawing from those organizations to complete its portfolio.

Until then, it will continue providing warfighters with exceptional capabilities, while it refines warfighting doctrine, system requirements, and the acquisition process that will continue to outpace the ever-growing threat from Russia and China.

There’s still a lot of growth ahead, but at the ripe old age of 1, there’s already so much to be proud of. So, go ahead, space professionals: Take a minute and celebrate what you’ve done. Happy birthday, Space Force!