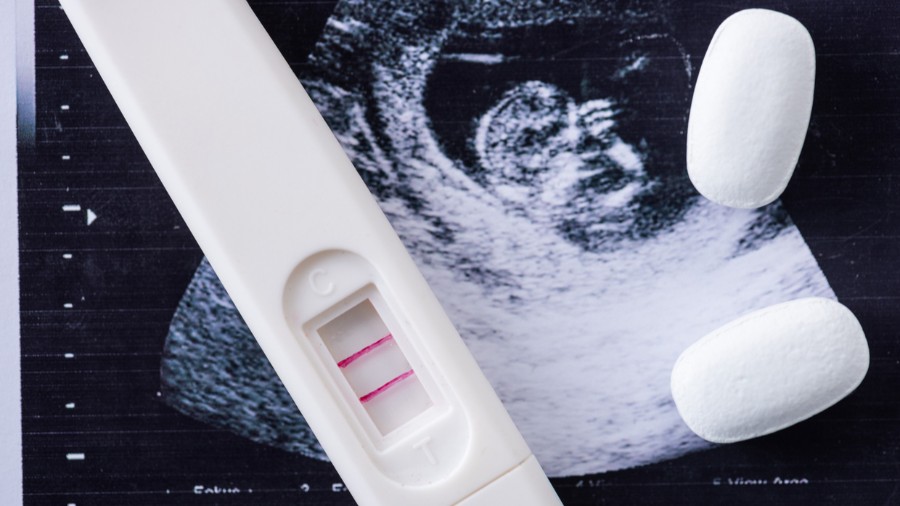 Argentina — the home country of Pope Francis — is currently in a fight over abortion.

The pope has even weighed in — talking, among other things, about making it clear that abortion isn’t a religious issue. It’s a fact issue. A matter of science. When a woman is pregnant, there is a child developing inside her. It’s not a leap of faith to say it; we see it on sonograms. She is a mother and will always be, whatever happens to that child. That’s why women mourn when they suffer miscarriages.

This is a real, grueling, heartbreaking loss. To deny that is an injustice and a lie that helps no one. When you take away the politics and the emotion, that’s what the science tells us. And that’s what lived experience tells us too.

The Facts About Pregnancy

Let’s, again, face facts: If a couple is trying to get pregnant, or is at least open to having children, it’s very clear what a pregnancy means, from the moment it’s known. There is a child developing in the woman. An announcement might be made; nursery decorations might be purchased; baby shower plans might take shape. All of this expectation is not unlike the waiting of the current Christian season of Advent. There is a looking forward to the arrival of the Christ Child (even if we sometimes seem to push Him aside for Santa Claus or Festivus).

What This Means for Argentina

This all ties to Argentina’s current debate. Gines Gonzalez Garcia, the country’s health minister, is a key proponent of legalizing abortion in that country. Journalist Ines San Martin recently wrote in the Catholic magazine Crux that Garcia has called abortion a “public health issue,” and that “there are not two lives, as some say.” Garcia insists: “There’s clearly a single person, and the other (thing) is a phenomenon. If it were not like that, we would be facing the greatest universal genocide, (because) more than half the civilized world allows it.”

A “phenomenon”! That’s a new euphemism. Garcia seems to be running out of ways to veil the truth. That “genocide” word is much more accurate than “choice” or “reproductive health.”

Abortion is, indeed, a horrific part of the “civilized world.” In the United States alone, there have been tens of millions of abortions since 1973. That’s a brutal reality to come to terms with. As we approach a half-century of legal abortion here, we ought to reflect on how much other violence might stem from this, our most poisonous export.

Those words from the Argentinian health minister, as backward as he got them, point to the truth. And I’m starting to hope beyond all hope, and pray for a miracle, that Joe Biden might be serious about healing. If he is, he will drive us away from the radical allegiance to Planned Parenthood and its sexual revolutionary values.

It has been said that women deserve better than abortion, and they do. So does civilization. Again, Garcia went right there, but took the wrong message away from it. We need to step away from abortion and truly welcome life — to walk with women and their children. To treasure and support them.

Pope Francis frequently talks about tenderness. Who better than mothers and babies to show us what that looks like? And when we see it, we will be touched by it — rather than terrorized by more violence and death.