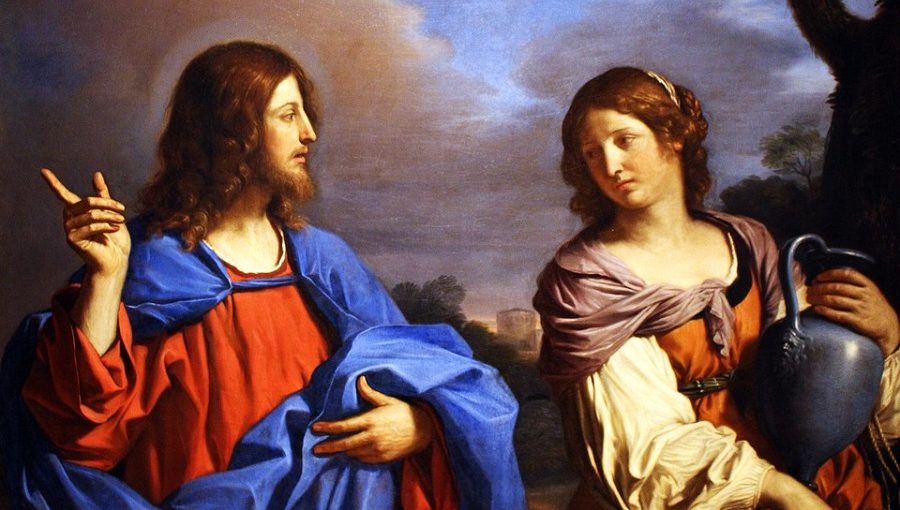 The Associated Press claimed in a story published on Good Friday Mary Magdalene was a Biblical “#MeToo” figure who the West has “long maligned.”

The story, “Long-maligned Mary Magdalene now seen as stalwart disciple,” asserted a new perspective that Magdalene was not a reformed prostitute rather a “strong, independent woman” who supported Jesus. The article also conflated the virtues of Magdelene’s figure with the latest iteration of the U.S.’s feminist movement.

“If there’s a feminist figure from the Bible for the #MeToo era, it could very well be Mary Magdalene,” the article reads.

The claim Western churches have long maligned Magdalene is dubious at best. The article’s author posited Pope Francis’ 2016 promotion of the Church’s June 22 Magdalene memorial to a major feast day was “the biggest step yet to rehabilitate” her image. The Catholic, Orthodox, Lutheran and Anglican churches, however, revered Magdalene as a saint long before that promotion. The AP author argued the feast day proclamation helped rehabilitate Magdalene’s image from Pope Gregory the Great’s incorrect 6th century assertion: Magdalene, Mary of Bethany and the sinful woman accused of adultery whom Jesus saved were all the same person.

Arguments to the contrary are hardly new and began with the scriptures themselves. The Gospels of Luke and Mark clarify Jesus cast seven demons out of Mary Magdalene — she subsequently joined a group of women who Jesus also “cured of evil spirits and diseases.” These women “out of their own means” chose to follow Jesus and support him and his other disciples.

The Gospels of Matthew, Mark and John all record Magdalene as the first witness to Jesus’ resurrection and the first to report it, while the Gospel of Luke recounts Magdelene was among the first group of witnesses — the members of which were all women.

Who Was Mary Magdalene?

The Gospel of John identifies the woman as Mary, who anointed Jesus with expensive perfume and washed his feet with her tears. She was the sister of Lazarus, whom Jesus resurrected, and Martha. Gregory conflated the sinful woman mentioned in Luke with the Mary who anointed Jesus in the Gospel of John because the Gospels of Mathew, Mark and Luke only identify Jesus’ anointer as a “sinful woman.” Gregory then conflated this composite of the sinful woman and Mary of Bethany with Mary of Magdalene, according to his belief the seven demons Jesus cast out of her represented the seven vices. Apparently, in all of Biblical Israel, there could be only one sinful woman, besides the woman at the well, mentioned in the New Testament. Gregory’s incorrect teaching on Magdalene persisted in the Catholic Church until 1969, when the Church clarified Magdalene was not actually a reformed prostitute or the same woman as the one accused of adultery in Luke.

That is a mandatory question to be asked when considering whether conflating Mary Magdelene with the reformed prostitute maligns her character. The Jesus of scripture never asked that question or considered which person is more broken. In the case of the alleged adulterous woman, Jesus did not condemn her but rebuked the Pharisees who called for her to be subjected to violent judgment for her perceived sin. In the case of the Mary who anointed Jesus with perfume, Jesus rebuked those who saw her only as a sinner. What she she did for him was a beautiful thing, Jesus said.

No woman or man in scripture, who comes into contact with Jesus, is shown to be without sin. The point in their recorded stories is never to elevate them as people considered saintly because of their own virtues. It is rather to see them as broken men and women made righteous as a result of Christ’s forgiveness.

In that light, it hardly matters whether Mary Magdalene was a reformed prostitute or a healed demoniac or both — so long as the power of Christ’s transformation of her life was made evident. Were Mary Magdalene an actual prostitute, she would have stood in good company. Rahab, an old testament prostitute from the city of Jericho, not only hid Joshua’s spies from harm and aided the Israelites in the their conquest of the biblical Promised Land, she was also one of only five women to be listed in Jesus’ genealogy. Rahab was also held up as an example of righteous faith in the books of James and Hebrews.

As for Mary Magdelene being a figure of fourth wave feminism — a movement that rejects male authority over a woman’s life and gave rise to the term “mansplaining” — the idea is ludicrous. Mary Magdalene spent her life following Jesus, whom Christians believe was fully man and fully God. Magdalene subjected herself to his teachings and authority, and worshiped him as God. She is, however, a radical example of the equal value the Christian God bestows on women and men — given that she was one of the first people to witness and report Jesus’ resurrection in a time and culture where society valued the word of a woman less than that of a man.