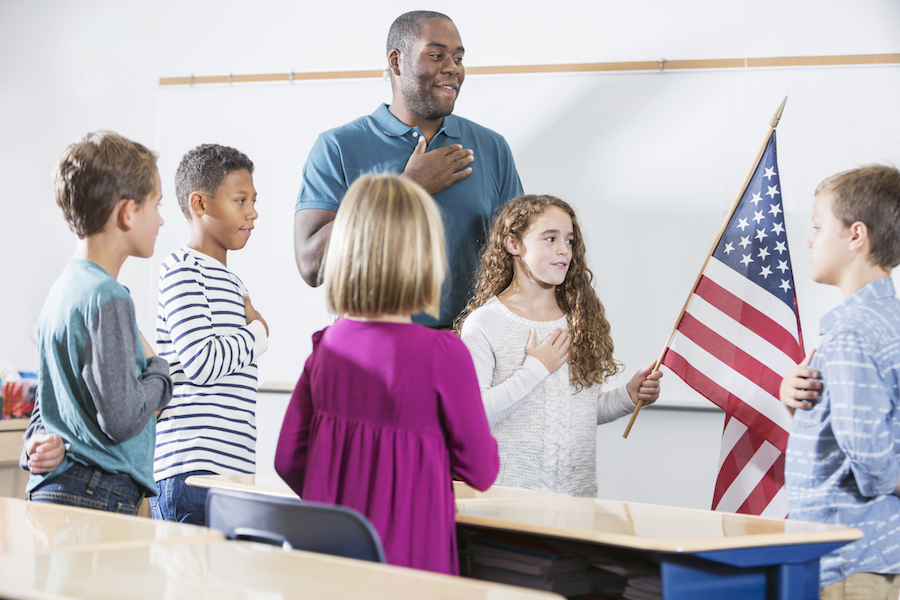 A Pennsylvania school dropped the practice of saying “God bless America” after the Pledge of Allegiance following a complaint from the Freedom From Religion Foundation.

The Freedom From Religion Foundation filed a complaint against Sabold Elementary School in Springfield on March 25 after a parent notified them that Peter Brigg, the school’s principal, said “God bless America” over the school’s loudspeakers after every daily recitation of the Pledge of Allegiance, The Associated Press reported.

The anti-religious organization argued that “God bless America” constituted a prayer and therefore “does not pass constitutional muster.”

The Springfield School District decided to stop the faculty practice of saying “God bless America” as of April 17 per the advice of its lawyer, according to a May 3 statement from the district. The district clarified that the decision does not prevent students from saying the phrase if they choose to do so.

“To be clear, the District has not altered the recitation of the Pledge of Allegiance and has not prohibited students from deciding on their own, as their own form of self-expression, whether or not to state the words, ‘God Bless America’ (or any other appropriate form of self-expression) upon completing the Pledge of Allegiance,” the district’s statement reads.

The FFRF praised the school’s decision, but lamented the fact that God is also referenced in the pledge.

Follow Joshua on Twitter
Send tips to joshua@dailycallernewsfoundation.org.
Copyright 2019 The Daily Caller News Foundation
Content created by The Daily Caller News Foundation is available without charge to any eligible news publisher that can provide a large audience. For licensing opportunities of our original content, please contact licensing@dailycallernewsfoundation.org.