An Open Letter to Organic Crusaders: Please Save the Poor! 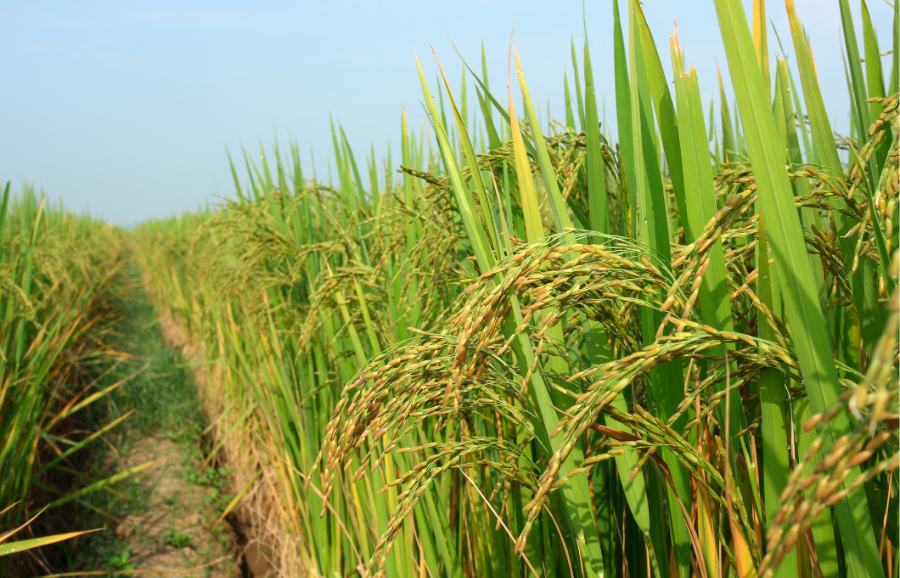 I hail from one of the richest, most fertile agricultural lands of India. My parents and extended family are farmers. At least five generations of farming genes run through our family. We not only love farming, but also love the fruits of hard labor in the fields.

Farming is more than a passion for Indian farmers. It is an identity. They take pride in their role in society. Many consider the 20th century’s “Green Revolution” the best thing that ever happened.

Malthusian theory (that population outgrows food supply) led Paul Ehrlich and others to predict widespread, inevitable famines in the 1970s. Instead, food production rose far faster than population. Countries where undernutrition and even starvation were once common began to produce enough to feed their own people. Then they began to produce enough to export! Fifty years after Ehrlich’s The Population Bomb, two scholars parodied its title in a devastating critique, Population Bombed.

The world’s two most populous countries, India and China, constitute around 2.6 billion people. Both suffered widespread hunger into the 1960s. Both now produce enough to feed their people and export a surplus.

The U.S. is one of the largest producers and exporters of agricultural products. Yet its agricultural sector employs less than 2 percent of its people!

What explains this amazing agricultural productivity?

The modern revolution in agriculture began with advanced technology. Especially important were chemical fertilizers and pesticides (herbicides, fungicides, and insecticides).

But the Green Revolution’s defining moment occurred with gene-editing technologies. Customized crop varieties gave higher yields. They were more resistant to pests and diseases. They could survive drought and high temperatures.

Most of the rice, wheat, and maize currently cultivated and consumed are Borlaug’s genetically modified varieties.

The pioneer was Norman Borlaug. Almost single-handedly he spurred the invention and commercial use of most of the crops we eat today. He won the Nobel Peace Prize, the Presidential Medal of Freedom, and the Congressional Gold Medal for his work.

He also won the highest civilian awards in numerous developing countries like India. His crop varieties averted millions of deaths during the 1960s and 1970s.

The New York Times says he “did more than anyone else in the 20th century to teach the world to feed itself,” adding that his “work was credited with saving hundreds of millions of lives.” New Scientist calls him the “man who fed the world.” They were right.

Borlaug’s crop varieties currently feed most of the world’s people. Most of the rice, wheat, and maize currently cultivated and consumed are Borlaug’s genetically modified varieties.

The world’s farmers harvested 5.8 billion acres of genetically modified (GM) crops over the last 22 years. More than half are in developing countries. In 2017 alone, GM cultivation accounted for 469 million acres — nearly double the average rate of the prior 22 years.

Most of the world practiced organic farming. Farmers used neither pesticides nor customized crop varieties. Crop yields were low. Diseases often wiped them out entirely. Crops were highly sensitive to environmental conditions. Entire civilizations were at risk when crops failed.

All countries praised Borlaug and his GM crop varieties for pulling billions of people out of abject poverty, hunger or starvation.

Yet today organic enthusiasts across the globe oppose GM crops. Why?

The most common argument is that GM crops are unsafe. Sometimes they call them a “wildcard.” They argue that the repercussions of using GM crops are still unknown. They cite debunked claims to support their beliefs that GM crops cause illness.

Organic crusaders also argue that organic farming can feed everyone, including the poor. But if not impossible, that would be devastating to the world’s ecosystems. For the same yield, organic crops require either far more labor or far more land or both. That also makes it more expensive. How will that help the poor?

Feeding the entire world with organic crops would require converting millions of acres of forest into farmland. That would leave fewer habitats for other species of plants and animals. It would raise the risk of hunger and famine from crop loss due to disease and decay. Organic crops would be more vulnerable to heat, cold, flood and drought.

Most of the organic crusaders’ arguments are redundant, archaic, and unsubstantiated. The scientific community stands in stark contrast to the anti-GMO lobby and unfounded public sentiments. America’s National Center for Biotechnology Information reviewed numerous scientific studies. It found no more risks from GM crops than from non-GM alternatives.

In 2015, a group of 100 Noble Laureates signed a declaration stating that GM crops are safe. They called GM crops a necessity to meet global food demand and disease prevention. Chemists, agriculturalists, doctors, and other specialists related to the cultivation and consumption of GM crops signed.

Professor Frances Arnold, Noble prize winner for chemistry, said, “We’ve been modifying the biological world at the level of DNA for thousands of years.”

In reality, GM foods prevent undernutrition, malnutrition, and starvation for millions of people every day.

Richard Roberts, who organized the signature campaign, accused anti-GMO activists like Greenpeace of intentionally spreading lies. “We’re scientists,” he said. “We understand the logic of science. It’s easy to see what Greenpeace is doing is damaging and is anti-science. … They deliberately went out of their way to scare people. It was a way for them to raise money for their cause.”

Moreover, the highest scientific establishments in the U.S. and Canada have approved the GM crop varieties. This cleared the way for their commercial use.

Consider the most recent GM crop variety to hit the market. Provitamin A Biofortified Rice Event GR2E is also known as Golden Rice.

In a comprehensive assessment the Canadian government determined that Golden Rice “did not pose a greater risk to human health than rice varieties currently available. …” It also “concluded that GR2E would have no impact on allergies, and that there were no differences in the nutritional value of GR2E compared to other traditional rice varieties … except for increased levels of provitamin A.”

Golden Rice’s higher levels of provitamin A can protect poor children from blindness caused by vitamin A deficiency.

Have anti-GMO lobbies or a few well-crafted books or flawed studies made you skeptical of GM crops? If so, I hope you’ll take the challenge and do some more research. You might begin with Megan Norris’s Will GMO’s Hurt My Body? The Public’s Concerns and How Scientists Have Addressed Them.

In reality, GM foods prevent undernutrition, malnutrition, and starvation for millions of people every day.

My Indian family, relatives, and friends use advanced agricultural technologies. They use them partly to earn a living. But they also use them to feed far more people than themselves. Most of our crops are genetically edited. We are grateful to Norman Borlaug and his vision to save the poor of this world.

Jesus said, “Whatever you did for one of the least of these brothers of mine, you did for me” (Matthew 25:40).

Do you share Borlaug’s passion to feed the poorest? If you do, don’t stop the poor from benefiting from vitamin-rich, abundant, affordable GM crops.