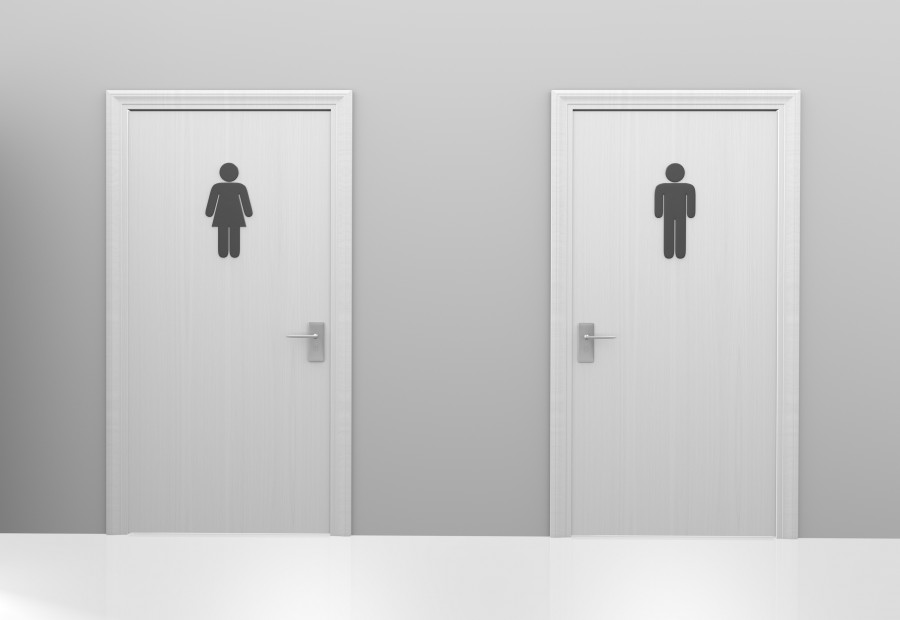 After facing significant resistance from parents, a school board in Northern Virginia has decided to temporarily suspend the implementation of new regulations for accommodating transgender and gender nonconforming students.

“Fairfax County Public Schools will keep handling transgender student matters with privacy and dignity in the way they always have…case-by-case, which is exactly what we wanted them to do in the first place,” Fairfax County School Board member Elizabeth Schultz told The Daily Signal.

The decision, announced in a press release Tuesday, came after the Fairfax County Public School Board held an “extensive” closed-door meeting to discuss new guidelines that the school board quietly released on July 1.

The guidelines, which would allow transgender and gender nonconforming students to use locker rooms, bathrooms, and other sex-segregated facilities based on their gender identity, caused a rift among parents in the affluent Virginia suburb.

The Fairfax County School Board voted in May 2015 to include gender identity under the district’s nondiscrimination policy. While the policy will remain in effect, regulations clarifying how the policy will apply to showers, locker rooms, sports teams, and other areas is temporarily on hold.

“While the regulation is temporarily on hold, Policy 1450 remains in effect, and the board remains committed to this policy of nondiscrimination,” school board Chair Sandy Evans said in a press release. “Consistent with the policy, and current practice, FCPS continues to accommodate the needs of transgender and gender nonconforming students in a way that protects the dignity and privacy of all students.”

The issue of accommodating transgender and gender nonconforming students gained national attention in May, when the Obama administration issued a directive requiring public schools allow transgender students access to the facilities that align with their gender identity.

Nearly two dozen states are challenging that directive in a lawsuit against the Obama administration.

Jeremy Tedesco, a senior attorney at Alliance Defending Freedom who is involved in a number of lawsuits regarding the transgender issue in public school districts, said the decision by the Fairfax school board to delay implementation should send a message to school districts nationwide.

“Schools think they have no choice,” he said of the pressure to implement gender identity policies. “They feel like they have to do this.” Now, he said,

Schools ought to look at this and say, ‘If Fairfax is even putting this on hold’ — and they were one of the first ones out of the gate saying, ‘We have to do this, the federal government’s forcing us to do this and schools don’t really have a choice,’ — we do have a choice.

Supporters of the regulations in Fairfax County said they were necessary to protect transgender and gender nonconforming students from being bullied and discriminated against. The guidelines, they argued, would make the Fairfax County public schools more welcoming to students of all backgrounds.

Opponents felt the guidelines were being forced upon families with little to no public discussion. They worried how the new regulations would affect nontransgender students, and said the school board was evading answering their questions.

For these parents, the decision to delay the new policy was a welcomed announcement. But having lost a great deal of trust with some school board members, they celebrated with skepticism.

“While it appears that the Fairfax County School Board’s decision to ‘temporarily put on hold’ the review of the proposed transgender regulations is a victory, in reality it simply allows the board more time to strategize on how to continue to push their liberal agenda forward,” said Bethany Kozma, a Fairfax County mother of three.

In announcing the decision to delay the regulations, the board said that it needs “additional time to evaluate the legal issues surrounding the regulation, including a case now pending before the Supreme Court on this topic.”

That case involves another Virginia school board in Gloucester County, which is fighting to keep bathrooms, locker rooms, and showers segregated by biological sex. The plaintiff involved is a transgender student named Gavin Grimm, who was born female but identifies as male.

On July 13, lawyers for the school board asked the Supreme Court to block Grimm from using the men’s facilities until the court decides whether to hear the case.

“Depriving parents of any say over whether their children should be exposed to members of the opposite biological sex, possibly in a state of full or complete undress, in intimate settings deprives parents of their right to direct the education and upbringing of their children,” attorneys for the school board wrote.

Grimm’s attorney, Josh Block from the American Civil Liberties Union, said in a statement to Fox News that it was “sad that the school board members and their lawyers have so little regard for the impact their misguided actions are having on a real teenager’s life.”

In addition to letting the legal cases play out, the Fairfax County School Board said it plans to also address the community’s questions regarding the regulations.

“Prior to any implementation, or formal adoption of the regulation, the board will provide additional information and further opportunity for public comment on this important topic,” a press release reads.

Kozma, a Fairfax County parent who is fighting this issue both locally and nationally, said she “sincerely” hopes the board will hold true to its word.

“I sincerely hope they do what they say and actually listen to the parents and citizens who are concerned for their children’s safety, security, and privacy,” she said.

Kelsey Harkness is a senior news producer at The Daily Signal. Send an email to Kelsey. @kelseyjharkness

2 Students Explain Why They Defended Teacher Fired Over Transgender Pronouns