America’s Overly Simplistic View of Russian Aggression, and Why We’re Blind To It 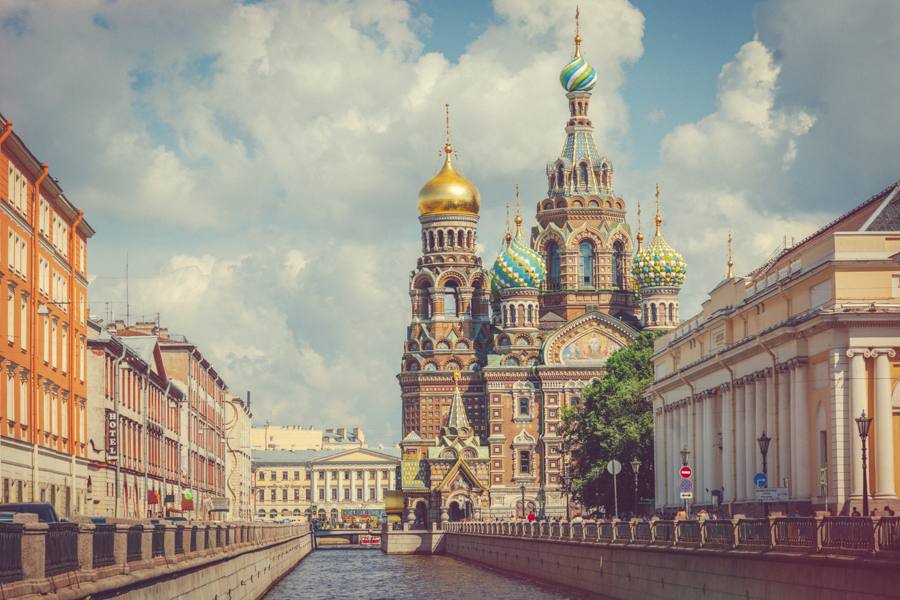 Church of the Savior on Spilled Blood, St. Petersburg, Russia

The first rule of international conflict over beliefs, values, and religion in the late 20th and 21st centuries is that it doesn’t happen. That is, it doesn’t happen in the minds of the media, the Pentagon and the State Department. Every war is a battle for money (usually oil), for land, or for power. There are only two forces driving the geopolitical world: economics and power.

The world is very simple that way. Except it isn’t. Or, we ought not assume it is. We’ve failed badly in the Middle East for leaving religion out of our calculations. Some authors today suggest we may be just as wrong in the 21st century, assuming religion plays no part in Russia’s invasion of Ukraine. Lucian N. Leustean, scholar in politics at Aston University, says it’s actually “The First Religious War in the 21st Century.”

The thought boggles the mind. Putin as religious crusader? Leustean makes a good case for religious hostility between the Russian and Ukrainian branches of Orthodox Christianity. He makes no attempt (it would surely not be easy) to show that Putin would put that at the top of his list of reasons to invade. I wouldn’t write it off as irrelevant, though. Alastair Crooke, formerly a British diplomat and now head of the Beirut-based Conflicts Forum, quotes Russian filmmaker Nikita Mikhalkov’s address to the Russian people,

This is not a war for democracy that our partners want to convince us of. This is a global and perhaps the last attempt of Western civilization to attack the Russian world, Orthodox ethics, on traditional values. He who is brought up on these values will never agree to what they offer us, from same-sex marriages to the legalization of fascism.”

I do not know which “fascism” he has in mind. That accusation gets thrown left and right here in America. The point regardless is that we are in no position to see ourselves as the world’s fortress defending political and social virtue. We can’t even claim it in the pursuit of democracy. We who have sent observers to watch over so many elections worldwide have now demonstrated we need observers watching over ours.

Crooke speaks of a “widespread belief” in Russia that “Russia is defending itself against a Western attack,” and not just the kind that uses bullets and explosives. They see the West attacking the very integrity of Russian civilization.

The “Madman” Answer Is Too Simplistic

You might ask whether these views are correct, but that’s the second question we should be concerned with, not the first. The first question is whether America would notice it if they were. We’re not looking, we’re not asking and we see no need to, because we have the story down pat: Putin is a madman. Case closed.

Here’s what gives me pause on that, though.

First, it’s too simplistic. Rarely, if ever, does a nation do anything for one reason and one only.

Second, it fits too neatly inside a false model of reality. Karl Marx said man is defined by power and economics. Many since have followed his lead, and laughed at any suggestion of a spiritual dimension. Critiques of evangelicalism still ring with accusations that we’re motivated only by politics. It’s simply not true: not true of evangelicalism, not true of religion in general, not true of humanity.

We’ve Made That Mistake Before

Third, we’ve been down this path before. J.P. Moreland told it brilliantly 15 years ago in Kingdom Triangle, relating his experiences where Islam expert Daniel Pipes spoke to a small group on Islam. Pipes was then, and still is, a leading expert on Islam. At the time, he was also a key advisor to both the president and the chairman of the Joint Chiefs of Staff.

Pipes told the group that the terrorist problem of the day wasn’t Muslim terrorists but rather “an extremist form of Muslim ideology.” His solution, as Moreland relates it, was to “use argumentation and propaganda to persuade Muslims to adopt the views of Western democracies and thus, to embrace this form of government.”

We’ve been down this path before.

Moreland was “appalled,” he says, for what Pipes missed there: the role of beliefs. Pipes missed it; policymakers in general miss it, over and over again. The reason, Moreland says (quoting Yale professor Stephen Carter, “is that Western democracies are so secular that they tolerate religion as long as commitment to it does not rise above the level of a hobby.”

Religion Is No Mere Hobby

So Pipes, like most Westerners, had a fundamental misunderstanding of Islam. Far more than mere hobby or a pastime, Islam is a set of beliefs and practices that its followers take to be both true and important. People will fight for what is important to them, especially if they take it to be true.

America’s policymakers couldn’t see that in Islam, where it is manifestly obvious. The question now is whether it’s also true in Russia. It need not be Putin’s primary reason for invading Ukraine; in fact I think it’s vanishingly unlikely. It could be a contributing cause, however, both in his mind and especially in the people’s. Does Russia see Western secularism as an invading force? Does Russia have to like it? Could Russia want to defend against it?

Does America Have the Ability to See the Whole Reality?

The Stream has also analyzed Putin’s Ukraine invasion in other rarely-discussed terms. We’ve noted, for example, that if Russia had engineered influence and planted weaponry in Mexico the way we did in Ukraine, we might see that as justification to invade Mexico. (Putin hasn’t, and America won’t.) This question of belief adds yet another potential layer of explanation on top of that.

We can still wonder whether it’s true. Is Russia defending legitimate civilization values in Ukraine? If so, it would be just one of many forces driving their aggression. It could easily be the case that Russia is defending against Ukraine as we might defend against Mexico if the situation were reversed, and that Russia is defending against unholy Western secularism, and that Putin is a madman. And that many other forces and motivations are at work besides these.

Given our hubris regarding our global moral superiority, and policymakers’ secularized blindness to matters of belief, Americans have fallen in a trap of thinking Putin is Russia and Russia is Putin. Reality is never that simple, though. Can America see the rest of the story, whatever that story may be? I wonder.