Americans Are the Real Casualties of the Trump-‘Squad’ Showdown 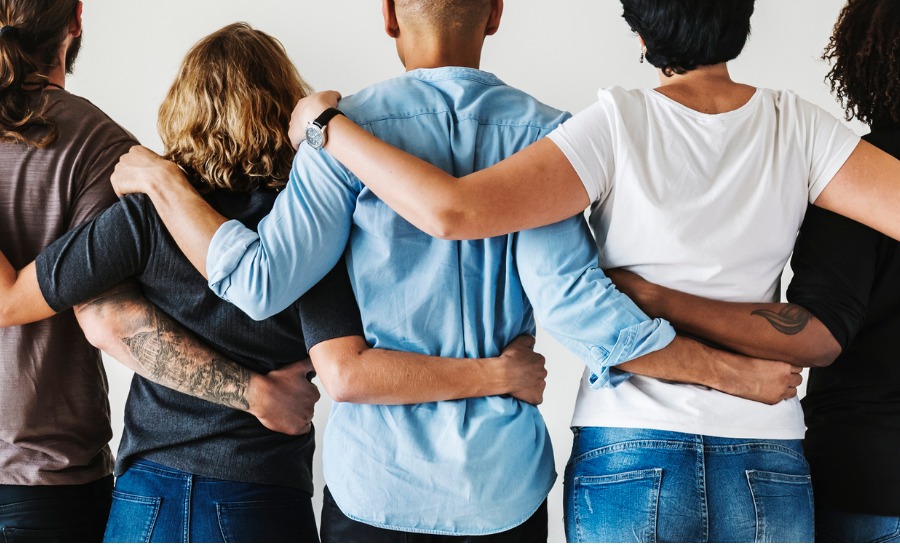 Many Americans probably have no idea of the long history of the “go back to your country” taunt and how it was used to denigrate ethnic minorities. If they did, they would better understand the visceral reaction to it.

To understand what is unfolding, one must understand the history of this awful saying. One must also understand that we, as ethnic minorities, consider ourselves to be co-equal citizens in this fantastic country we call America. In other words, there is no place to go back to. This is my country—the one that I love.

When President Trump said four members of Congress should “go back” to the “places from which they came,” he was wrong, and he shouldn’t have said it. His words conjured up unpleasant memories for so many black people like me and immigrants alike who have been targets of the “go back to your country” taunt throughout their lives. His words hurt people beyond the congresswomen he intended to condemn.

I won’t offer an excuse for his ill-worded tweets, but simply some perspective as someone who has met with the president and whose organization works with his administration daily. The president loves this country, believes in the goodness of this country, and defends this country when others attack it. His tweets and follow-on comments were unacceptable, but let’s also be honest enough to recognize the destructive and divisive nature of the rhetoric of the members of Congress in question.

I can understand why Americans are tired of the growing chorus of anti-American sentiment from “The Squad.” We all can certainly have honest disagreements with how the country is being run — that’s one of the wonderful features of the American system — but to regularly trash it, its people, and those who protect it is another thing entirely.

I have found their rhetoric to be hateful, destructive, and dangerous. I will continue to expose their hypocrisy. What I will not do is join them in their ad hominem attacks as we debate policy.

As a woman and as a black person who lived through segregation, I know from personal experience about some of our nation’s shortcomings. Despite these challenges, America was founded on a set of principles that have allowed us to rectify our wrongs, and in the process, build a freer and more prosperous nation where anyone has the opportunity to succeed.

Will We Try to Understand Each Other or Becoming More Divided?

One thing this whole incident can provide is the opportunity for discussion, education, and some level of understanding among the races about where insults like this and others originated, how they have been historically used to taunt and jeer, and why they still cause pain today. I don’t think the president meant to tap into that pain, but he did.

When faced with a situation like this, we always have the choice to try to understand each other better or to become more divided. In my life, I’ve always sought to push toward more understanding.

The resolution in the House condemning the president is just the opposite. The intent is clear: It’s simply more partisan politics that is meant to divide us rather than unite us.

Our political discourse must be better, and politicians on both sides must do better. One of the unique characteristics about America is our freedom to disagree and challenge each other, but civility is needed, or else it all breaks apart.

We have a responsibility to demonstrate to the rest of the world what it looks like to live in a pluralistic society. That responsibility is not only to ourselves and to the world, but to our children who will inherit this country and become its next generation of leaders.

Kay Coles James is president of The Heritage Foundation. James formerly served as director of the U.S. Office of Personnel Management and as Virginia’s secretary of health and human resources. She is also the founder and president of The Gloucester Institute. You can follow her @KayColeJames.