Americans Must Channel the Founders and Protect Artists’ Property Rights 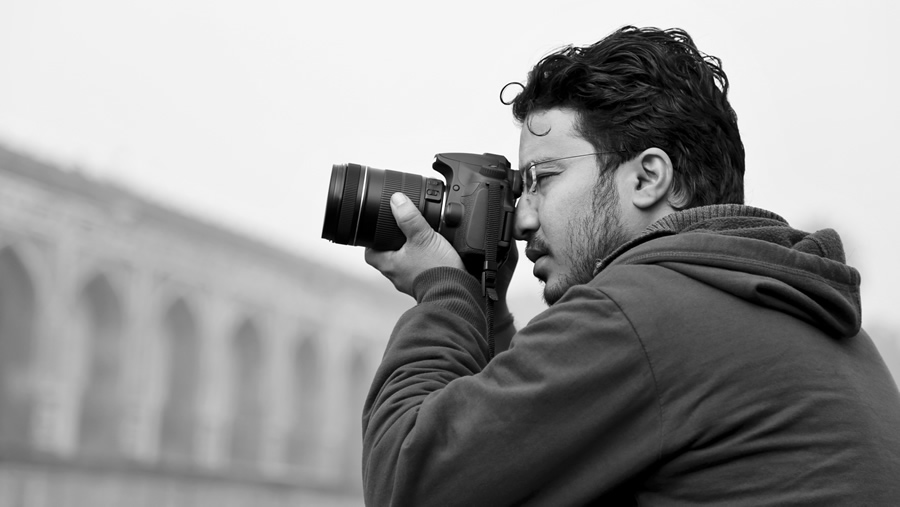 How do you deal with a person who steals thousands of dollars’ worth of your property and hard work, but less than the amount that makes it financially feasible for you to seek damages from them in court? That is the predicament of photographers and visual artists — the story of Kathy Keatley Garvey exemplifies it:

She captured a rare close-up photo of a honey bee sting which showed the bee’s abdominal tissue unraveling as it flew away from its own stinger. The photo titled “The Sting” won international awards and was named one of Huffington Post’s Most Amazing Photos of 2012.

Her excellence was rewarded with theft: “Kathy posted the image to her website and blog with copyright attribution, and from that moment, completely lost control of the image.”

This story is not unique to photographers. Angela Sasser, who illustrated the book, Angelic Visions, has had her work stolen and sold illegally on websites and at Renaissance fairs. She measures her losses from the total illegal sales of her work to be around $30,000.

In these and many similar cases, the artists cannot afford to sue for infringement of their valuable copyrights. According to the American Intellectual Property Law Association, copyright lawsuits cost an artist approximately $350,000. The fact that these thefts are small according to the current copyright laws does not mean that they are negligible for small business owners, like Keatley Garvey and Sasser.

According to the Professional Photographers Association, infringements as small as $3,000 can have a dire effect on small businesses and often determine “whether or not a studio can keep its doors open, but going to federal court to recover $3,000 is simply a non-starter.”

Not long ago, film and poor digital technology limited the lucrative nature of digital art piracy, but, due to technological advancements, that is no longer the case. Small business owners struggle to afford the cost of theft because they cannot afford the cost of prosecution.

Our founding fathers were among the earliest champions of intellectual and artistic property rights. The Constitution states that Congress has the power:

To promote the Progress of Science and useful Arts, by securing for limited Times to Authors and Inventors the exclusive Right to their respective Writings and Discoveries.

Part of the role of the federal government is to protect intellectual property through patent and copyright. For artists suffering copyright infringement, the fruits of their artistic labors to which they have a natural right to are being taken away by online pirates. These thefts are violating their property rights, and significantly affecting their businesses.

A solution that has been proposed by the Professional Photographers Association is congressional legislation establishing a “Small Claims Copyright Court.” This court, located within the U.S. Copyright Office, would be a place where people suffering copyright infringements of less than $30,000 in damages could seek redress. A properly structured small claims copyright court may make it possible for small business copyright holders to vindicate their rights, thus furthering their ability to pursue happiness.

In an 1858 speech, Abraham Lincoln, a proponent of strong intellectual property rights, said, “I believe each individual is naturally entitled to do as he pleases with himself and the fruit of his labor, so far as it in no wise interferes with any other man’s rights.”

If we are to remain the country of Lincoln, where people have the right to the fruits of their labors secured, then we must consider reforms so that “mom and pop” copyright holders — not just big businesses (like Hollywood studios) that can bear high court costs — have the opportunity for legal recourse.