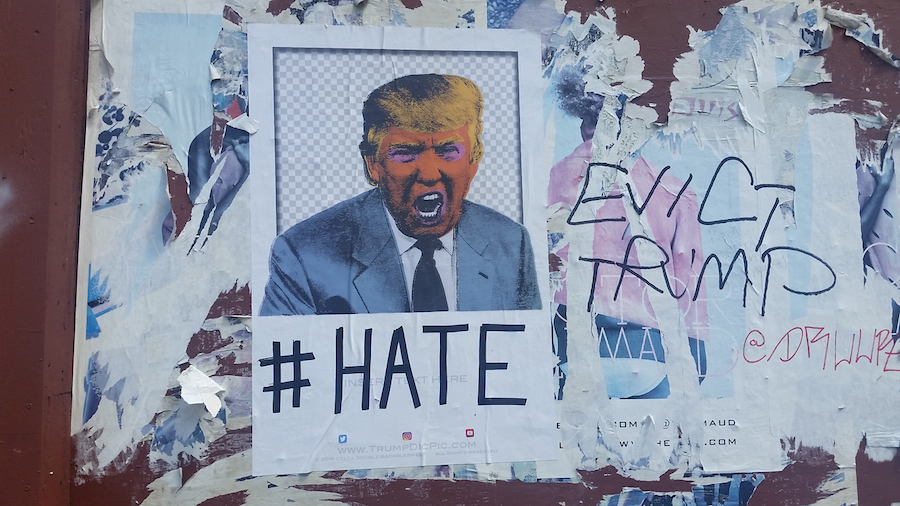 The president of the United States, Donald Trump, never said there were “fine” Nazis or Ku Klux Klansmen.

This is one of the two great lies of our time — the other being that all Trump supporters are racists — and perhaps in all of American history. I cannot think of a lie of such significance that was held as truth by so many Americans, by every leading politician of one of the two major political parties and disseminated by virtually the entire media.

The major news media need to understand these are important reasons that half of America considers them frauds. And we get no pleasure from this fact. The reason we don’t recoil when the president labels the mainstream media “fake news” is that we know the charge is true. Has one major media news outlet yet apologized to the American people for preoccupying them for nearly two years with the lie of “Trump collusion” with Russia? Has one Democrat? Of course not. Because with regard to the Trump-Russia collusion issue, the news media were never driven by a pursuit of truth; they were driven by a pursuit of Trump.

In my last column, I offered a way of proving Trump supporters are not racists. The timing was, unfortunately, perfect. I could not anticipate how two horrific mass shootings would enable the left — the press, the Democrats, academics and Hollywood — to scream even louder than before that Trump and his supporters are racists and that their racism is why such shootings are taking place.

This is all predicated on what may be the most glaring lie of all: that, after the Charlottesville demonstrations, President Trump said Nazis are “fine people.”

He Didn’t Say That

By remarkable coincidence, this week’s PragerU video is titled “The Charlottesville Lie.” It proves the president never said Nazis were fine people. When Trump said there were “very fine people on both sides,” he was referring to people demonstrating in Charlottesville for and against tearing down a statue of Confederate general Robert E. Lee, not to Nazis and antifa.

The video is presented by CNN political commentator Steve Cortes, a voice of courage in the herd known as the mainstream American media. At this moment, of PragerU’s 325 videos, Cortes’s “The Charlottesville Lie” is the one I most want Americans to watch. The harm that the media and others on the left have done and continue to do to this country by charging the president with praising Nazis and other white supremacists is incalculable. It has only served to inflame and divide Americans: the tens of millions who believe the lie and the tens of millions who know the truth.

Typical of the former is author Wajahat Ali, whose attack on supporters of the president recently appeared in The Atlantic, which identifies Ali as “the lead author of … Fear Inc.: The Roots of the Islamophobia Network in America.” Ali has the audacity to write: “I feel compelled to ask Trump supporters: Is it worth it? How many have to suffer for you to feel great again?” The Atlantic is proud to publish such hate-inducing mendacity.

And the left accuses conservatives of hate.

The Left Lies All They Want

Aside from the clear evidence that the president never called Nazis “very fine people,” isn’t the very idea preposterous? Trump has a Jewish daughter, a Jewish son-in-law and Jewish grandchildren. Nazis want Jews dead. How do all the New York Times columnists, CNN anchors and correspondents and Democratic officeholders who say the president called Nazis fine people and who believe the president is a white supremacist reconcile those two facts?

New York Sen. Kirsten Gillibrand said, referring to El Paso: “(Trump) has created a national emergency of rampant white nationalism across the country. … I think we need to blame President Trump and the rhetoric he’s used since he got elected.”

Beto O’Rourke, in an obscenity-laced statement against the president the day after El Paso:

Meanwhile, half a day later, there was another mass shooting at a popular nightspot in Dayton, Ohio, resulting in nine deaths, including the shooter’s sister. Not much political hay against the president is being made of that one because, according to early reports, the shooter was a leftist, antifa-supporting Democrat who said he’d be happy to vote for Elizabeth Warren.

Lee Harvey Oswald was a communist. And President Trump is not a white supremacist. No matter what the press says.

P.S. I just learned that within hours of PragerU posting “The Charlottesville Lie,” Google placed it on YouTube’s restricted list — just two weeks after a Senate hearing at which a Google representative swore under oath that Google doesn’t censor on the basis of political views. The ease with which the left lies is breathtaking.