America: At the Crossroads, or the End of the Road? 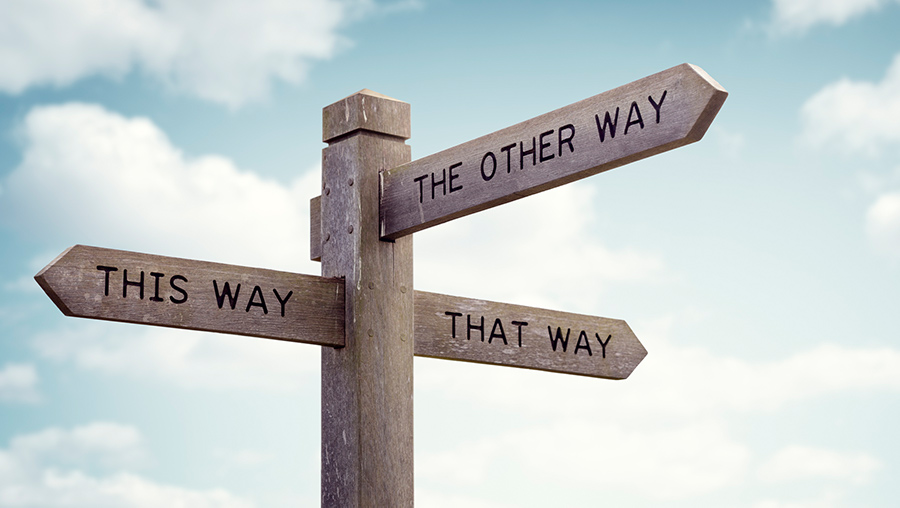 A picture is worth a thousand words. Unless I drew it. In that case it’s worth a lot less. In the course of routine educational testing as a child (“What is wrong with this strange boy? Is he dangerous?”) I learned that my graphic skills fell in the range of “developmentally disabled.” In other words, I drew like one of the Special Ed kids.

So instead I draw words with pictures. But today I’d like to do a little of both. Let me string together for you a series of pictures and videos that convey, better than words can, the choice we all face in November.

Are We Citizens or Veal Calves?

Will we be a country where people defend their homes like this brave mom, confident that the law and their neighbors will support them?

Or do we want to live like Britons, where citizens are mostly disarmed? Where citizens don’t have the presumptive right to resist home invasions? Richard Osborn-Brooks is a 78-year-old Englishman who lives with his disabled wife, Maureen. He killed one of three burglars armed with a screwdriver who menaced them in their home. Osborn-Brooks was arrested on suspicion of murder. Though he was later released, he and his wife had to be moved to a police safe house after sympathizers with the burglar vented outrage. Neighbors who side with the criminal keep putting up memorial shrines to him at Osborn-Brooks’ home. He never felt safe to return, and now lives in hiding for fear of reprisals.

Do We Defend Our Property and Our Country?

Here’s a recent (July 12) video of a small businessman whose Los Angeles jewelry store was invaded by two thieves with hammers. He emerged from the back with a firearm and sent them fleeing:

Here, by contrast, are images of Spanish beachgoers and tourists watching in horror as a wave of military-age Muslim migrants land on their beach and disperse. Spain’s socialist government has announced its welcome of refugees.

Do We Have Rights and Duties? Or Just Pleasure and Pain Quotients?

Or scroll around in this video of a 2012 Tea Party rally in Florida. Nicely dressed citizens organize to talk about civic issues. (Groups like these were those targeted for legal harassment by Lois Lerner’s IRS under Barack Obama.) They pray, sit calmly for talks, and sing patriotic songs. And they leave the place as clean or cleaner than they found it.

By contrast, look at the Antifa protestors who occupied federal property for weeks, causing extensive damage and shutting down ICE’s deportation of human traffickers and drug dealers. It took dozens of police in riot gear to close down the encampment:

Our nation is deeply divided, between two conflicting visions. In one, the government serves to protect the claim of citizens to life, liberty, and the pursuit of happiness. In the other, the State is a blind rugby scrum of ruthless group competition, for control of the means of coercion. For the right, we are creatures of God with both rights and duties. For the left, we are featherless bipeds pursuing pleasure, avoiding pain, like rats in some experiment.

The safe, sane middle that once made elections like those between Nixon and Kennedy occasions for calm debate and prudential decisions? It’s gone. The left has scorched it, left it a no-man’s land pock-marked with blast cavities and poison gas. Leading Democrats now openly call for open borders, socialism, and “abortion on demand without apology.” The party of Hubert Humphrey is now the party of Cecile Richards.

And we will decide on November 6 whether to hand those Democrats the power to reverse a presidential election by a lawless act of impeachment. To defund ICE, and leave our communities as much the plaything of cartels as any village in Mexico. And forbid religious agencies from handling adoptions. To further whittle back our right to defend ourselves and our property, our churches and our country.

Those are the stakes. I’d say “Go vote or go home.” That has a nice ring to it. But this is our home. There are no more Americas to flee to, as our ancestors did. This is it, the last ditch at the end of the road. We stand here as at the Alamo, and it seems we are surrounded.

And that’s the picture I’d like to paint for you.