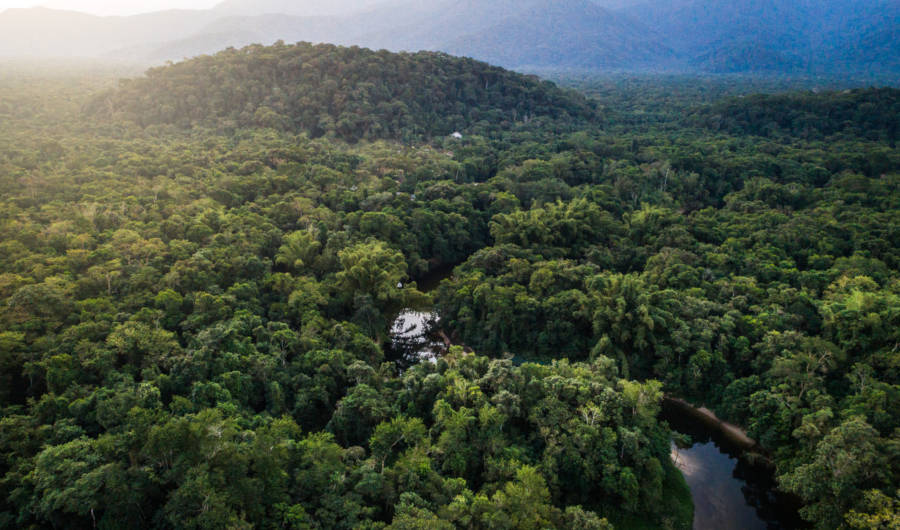 Fires in the Amazon rainforest have been the topic of a global environmental scare. Some people blame climate change. They say it makes the burn rate worse than usual. French President Emmanuel Macron called it “an international crisis.”

But are we witnessing the rainforest’s death? Are the “lungs of the earth” burning beyond repair?

Not according to the data.

The Amazon rainforest is close to my heart. An avid nature lover, I have spent much time in tropical rainforests. I have always wanted to contribute to their protection.

During my graduate studies, I contributed to conservation efforts in the Amazon. I did a research presentation on conservation of endangered species there. Dr. Carlos Peres, a celebrated Brazilian conservation biologist, called my work noteworthy.

The facts about the Amazonian fires contradict three major claims in the mainstream media.

Are the Fires Are Unprecedented?

A BBC headline read, “Amazon fires: Record number burning in Brazil rainforest—space agency.” But the text cited NASA that the fires are not unprecedented for the whole Amazon: “US space agency NASA said that overall fire activity in the Amazon basin was slightly below average this year. The agency said that while activity had increased in Amazonas and Rondonia, it had decreased in the states of Mato Grosso and Pará.”

Why this contradiction? Simple: while the fires have been below average for the entire Amazon, they have been above in the Brazilian part. The mainstream media ignore this. They have made the public believe that the entire Amazon is in peril. Does Global Warming Cause or Exacerbate the Fires?

The Los Angeles Times tied the wildfires to climate change. “The Amazon rainforest is on fire. Climate scientists fear a tipping point is near,” read its headline. The article claimed, “Global warming adds to the problem by making the climate hotter and drier, stressing trees and increasing the risk of uncontrolled wildfires that could threaten large areas of forest.”

However, humans cause the fires by means other than climate change.

“The dry season creates the favourable conditions for the use and spread of fire, but starting a fire is the work of humans, either deliberately or by accident,” said a researcher from INPE space agency. The agency provides data on fires in the Amazon.

The New York Times acknowledged, “most of the fires are burning on agricultural land where the forest had already been cleared … by farmers preparing the land for next year’s planting, a common agricultural practice.”

Is the Amazon ‘the Lungs of the Earth’?

Moreover, claims that the Amazon is the source of 20 percent of the world’s oxygen are baseless. In a 2014 in the New York Times, Nadine Unger, Assistant Professor of Atmospheric Chemistry at Yale, dismissed the popular myth.

The fires pose no danger to global oxygen levels or atmospheric greenhouse gas concentrations. They also can’t influence global temperatures. Despite the more severe Amazon fires in the first decade of this century, global warming slowed.

That is good news for a rainforest enthusiast like me.

In fact, we are fortunate to live when the tropics are covered with rainforests. Before the Holocene Era (8,000 B.C. to the present), “There were no rain forests in the Malay Peninsula and much of Amazonia, and, despite the increasing human development of forest space, there are still more rain forests persisting than existed then,” says Philip Stott, Emeritus Professor of BioGeography at the University of London.

The fires are a common and necessary agricultural practice. “I think the media focus on this is misplaced and exaggerated,” said Dr. Roy Spencer, a climatologist and former NASA scientist who consults on global crop-market forecasting. “The driest years in Brazil will have the most fires set by farmers. … It is normal agriculture in a country where 50 million people living in poverty are trying to survive.”

So the fires are not unprecedented. They’re not caused by climate change. And they don’t threaten to suffocate everyone.