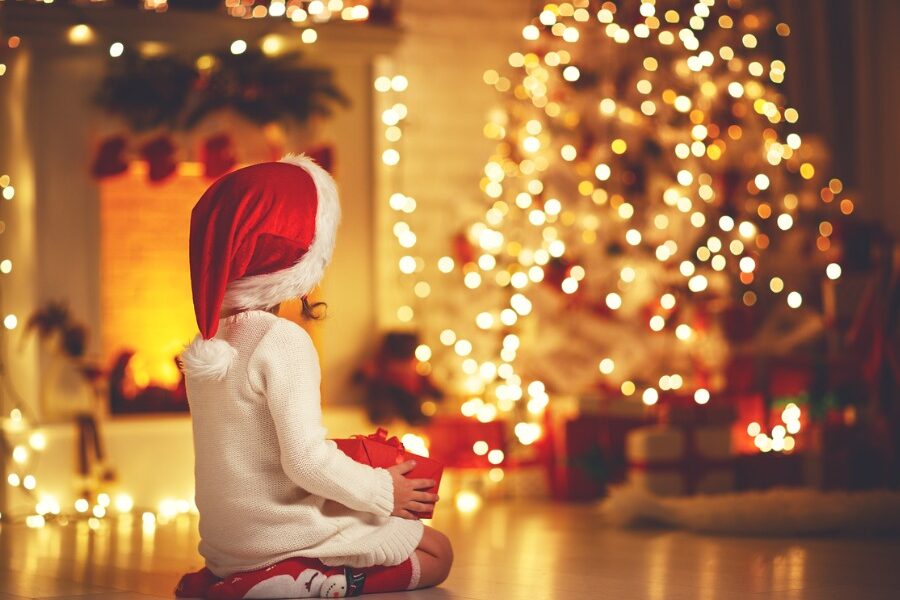 If there’s anything this divided nation can agree on it’s that “My Grown-Up Christmas Wish” is an awful song. By the third time I hear it during the holidays I’m ready to renounce my faith. Deck the Halls? I’m ready to deck whoever wrote it.

After all, who wants to be a grown-up at Christmas? Who wouldn’t rather be spending these days full of child-like innocence?

I’d love to be living with the starry-eyed naiveté to say we’ve had ourselves a merry free and fair election; that people we pay to uphold justice will have done their duty; that those in authority who see wrong will have tried to right it. That they would recognize this war against our treasured principle of one person, one vote, and stop it.

Yes, I’m deliberately paraphrasing Teddy Kennedy’s eulogy for his brother Robert F. Kennedy. If only as a sad reminder there are no Bobby Kennedys left in the Democratic Party. No one in the House or Senate or state houses or mainstream media with the stones to stand up to his or her party and say, “No. This is wrong.”

According to a new Rasmussen poll, even 30% of Democrats admit fraud was committed on a scale to give Joe Biden his election “victory.” This despite an all-out effort by the mainstream media and Big Tech to censor, stifle and dismiss without a glance all evidence to the contrary.  How many of the 70% of Democrats who think the election was on the level even know the deep and widespread evidence, the sworn statements from experts and eyewitnesses?

How many of those 70% who don’t think there was foul play are willing to pay attention to the hearing today in Arizona? To listen, for example, to retired Col. Phil Waldron, a cyber-security expert on information warfare, lay out how votes were manipulated in Dominion’s voting systems. How easily those systems were hacked. How the evidence shows Dominion’s systems were connected to the internet on Election Day, contrary to what Dominion is saying. How algorithms were deployed to subtly spread the manipulation of votes around to different districts. How malware was discovered in Michigan.

Consider that there is more of an historic basis to believe in Santa Claus than there is to believe Joe Biden legitimately won the election.

After all, there really was a St. Nicholas. There has never been a Democrat who has won an election without winning Ohio and Florida.

And it is just as likely that a cookie-eating fat guy is dropping off presents as it is that Joe Biden got 15 million more votes than Barack Obama, despite no campaign, no ground game, no enthusiasm, in a race against an incumbent whose enthusiasm was through the roof, and had dramatically gained support among Blacks and Latinos.

It is just as likely that there is a toy factory at the North Pole as it is that Biden could win a record low number of counties nationwide, lose 19 of 20 bellwether counties, have coattails so short Democrats lost all 27 toss-up House races, and yet somehow legitimately win the Oval Office.

It is just as likely that a reindeer with a shiny nose guides that fat guy’s sleigh as it is that Biden could legitimately under-perform Hillary Clinton everywhere but in four specific swing-state cities.

It is just as likely that a reindeer with a shiny nose guides that fat guy’s sleigh as it is that Biden could legitimately under-perform Hillary Clinton everywhere but in four specific swing-state cities controlled by Democratic machines, each of which had a sudden, mysterious vote tabulation shutdown, followed by inexplicable, unprecedented, massive spikes in votes for Biden.

And it is definitely more likely that Santa can traverse the world overnight than it is for Georgia to produce 53 straight vote batches giving Biden precisely 50.05% of the vote to Trump’s 49.95%.

Or for 95,000 ballots in Georgia to be legitimately marked for Biden and no down-ballot candidates.

Or for there to legitimately be a 143,000 vote batch in Arizona, delivered at one time, which is far beyond the capacity of the machines available in that time frame.

Or that every single person who swears under penalty of law they saw illegal or suspicious activity is a liar.

Yes, Virginia, there is a Santa Claus, more than there is a truly elected Joe Biden.

And yes, Virginia, I pray you will grow up in a United States where elections are once again free and fair.

That is my grown-up Christmas prayer.