Alex Trebek Gets His Ultimate Question Right — But Then What? 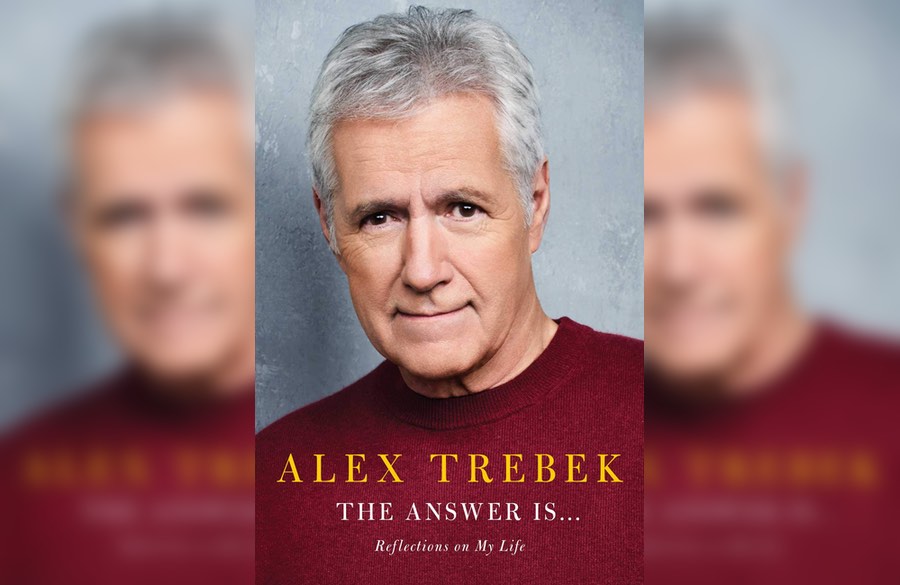 Years ago when I was living in Pasadena I attended church with a man who ran the special effects electronics for Jeopardy! He never gave me any behind-the-scenes info except some geeky electronic stuff. Alex Trebek went a lot further with it in his autobiography released this week: The Answer Is…: Reflections on My Life.

It’s a fun read for any Jeopardy! fan. Did you know where the idea for the show came from? It was Jeopardy! creator Merv Griffin’s wife who came up with it.

As the story goes, shortly after the quiz show scandals of the 1950s, Merv was trying to come up with an idea for a new game show. Julann suggested giving the contestants the answers. ‘That’s what put people in jail!’ Merv said.

Julann then gave him an example of how it would work. I have heard two different stories about what she suggested as the first Jeopardy! clue. One version has her saying, “The answer is 5,280,” and Merv asking, “How many feet are in a mile?” The other version has her saying, “79 Wistful Vista,” and him asking, “Where did Fibber McGee and Molly live?” Whichever one it was, it convinced Merv to pursue the idea. And that’s how Jeopardy! came to be.

Most of the book consists of quick, descriptive vignettes like that, starting from his earliest days in Sudbury, Ontario, to his first broadcasting jobs with the Canadian Broadcasting Corporation, to his 36 years hosting Jeopardy!

Anyone who holds the same job that long has some character. Anyone who keeps his sanity that long in Hollywood that long is doing even better. Trebek appears just as sane in the book as he does on his show, and just as likable.

He’s dying of pancreatic cancer. In one behind-the-scenes story, he tells us how his staff see his pain and fatigue as he waits in his dressing room between show tapings, and they’re sure he’ll never make it through. Something always kicks in, though, when he gets on stage to warm up the audience, and for the duration of the show he does fine. I’ve experienced that same strange lift myself, as a musician and public speaker. It’s real.

I had to wonder, though, what Trebek thinks about what happens after death. He left it hanging here:

If there ever was an opportunity to believe in God — a god — this might be a good one, Trebek, now that you’re on the verge. What have you got to lose?

I believe there’s only one other place in the book where he spoke of himself other than in the first person. That one was where he revealed something surprising about himself in chapter one.

Pray for him — “Trebek” really does have a decision to make, and a dwindling opportunity to make it.

I’d want him to know a lot more about that decision, though. He’s a world-class trivia master — which I say with all admiration, given how much I enjoy Jeopardy! — but this isn’t trivia. He’s the one on stage who always knows, but for this he’s still wondering. He speaks of the likelihood of hospice in his future.

They want to make it as easy as it can be for you to transition into whatever future you believe in.

That’s probably careless language on his part. Surely he doesn’t think every person actually transitions into “whatever future” they believe in. What happens after death is determined by a reality much larger than our beliefs could possibly control.

He thinks “we are all part of the Great Soul — what some call God. We are God, and God is us. We are one with our maker. How do I know this? It’s not that I know it. It’s that I feel it.” A moment later he adds, “Do I anticipate a particular version of the afterlife? No, I do not. For all I know I’ll wind coming back in another life as a knitter during the French Revolution watching the executions.”

Now, there’s an arresting image. It’s the kind of language that makes the book readable. I suppose he knows that backwards time-travel is not a majority belief, even among those who believe in reincarnation. I think he’s just emphasizing how very, very little he knows about what’s next. What he does believe about God, he “feels” rather than knows.

Yet He Still Could

I wonder if anyone has ever explained to him how much more he could actually know. God Himself has made it known, through His word and especially through Jesus Christ. Christ’s life, death, and resurrection show us there’s more, much more to come, and for those who believe in Him, it’s very, very good.

And we can know it. 1 John 5:14-15 promises that knowledge. (There are dozens of other sources; this is just one of the clearest.) We can know that we have eternal life, because Jesus Christ has made it known. We simply have to accept it as His gift, through believing in Him.

I know that raises the question, how do we know that anything in the Bible itself is true? That’s a great question and an important one, but it would take much more space than I have here to answer it. I’ll steer you instead to two books that tackle that question head on, and give a positive answer with strong supporting reasons.

One of those books is mine, and not coming out for another week or so, but early reviews confirm it’s readable and it answers the kinds of questions Trebek may be asking.

Jeopardy! is the show where everyone gets the answers right; it’s the questions that make it a challenge. Trebek’s question, “What have you got to lose?” is a good one. He still needs the right answers, though — answers that are found in Christ alone. As super-contestant James Holzhauer once said, while making one of his signature “true Double Jeopardy” wagers, this one is for all the chips.