Air Force Veteran Had No One to Attend His Funeral; Thousands of Strangers Show Up

A cemetery asked for the public to attend Joseph Walker's funeral after they could not locate his family. 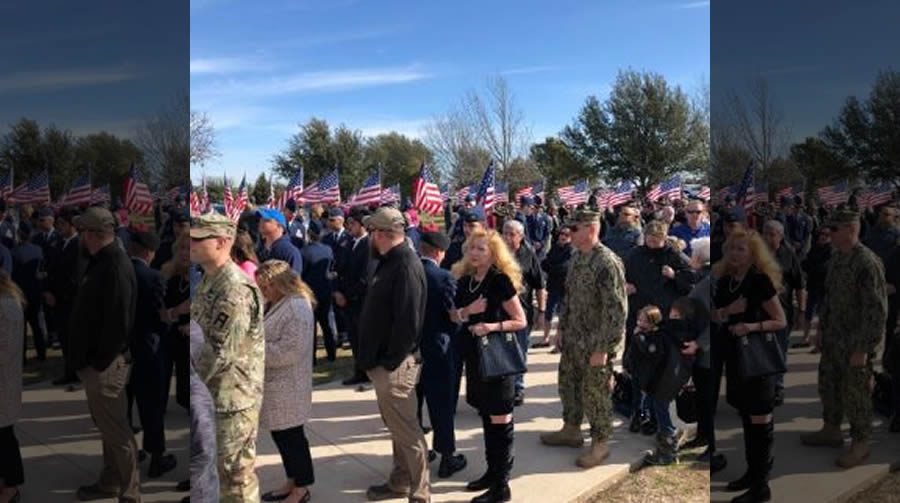 Air Force veteran Joseph Walker had no one to attend his funeral Monday. The Central Texas State Veterans Cemetery didn’t expect anyone to come. Since his death in December they’d been unable to locate any family. So the cemetery asked the public to come. They didn’t want Joseph Walker, a man who served his country during the Vietnam War, to be alone.

Said the cemetery, “We do not leave veterans behind.”

PLEASE #RETWEET: A cemetery as asking for the public's attendance at Air Force Veteran's Joseph Walker's funeral after claiming no one is expected to attend. https://t.co/5WAh8KUWNe

And on Monday morning, thousands of people showed up to pay their respects.

After concerns that Walker wouldn’t have anyone attend his funeral, the line of cars stretched as far as the eye can see.

Killeen, Texas: A line of cars stretching for miles to attend the funeral of an Air Force Veteran with no family.. after fears he would be buried with no one attending. pic.twitter.com/IC5z7IlDjh