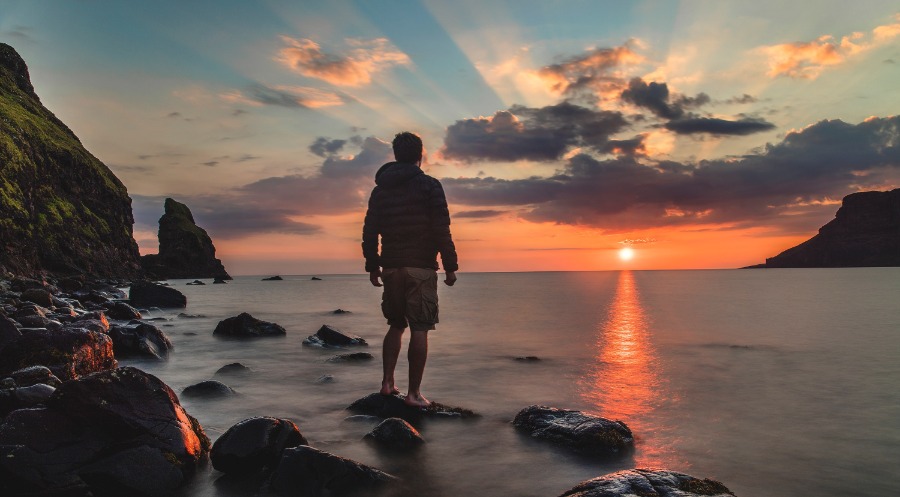 Agnostics of the world, dare to know! Do not be content with an easy ignorance about what matters most. Life is too short for postponing the pursuit of truth. If you are not sure whether or not God exists, then please think through and study out the matter. Read the works of those who argue that God does exist and that his existence is the most important reality we face.

I have written a rather comprehensive defense of the Christian faith called Christian Apologetics (InterVarsity Press, 2011). I offer over two-hundred pages arguing for the existence of God. I do this by looking at theories of cosmology and design, as well as moral, ontological and religious experience. Also consider watching one or more of the debates done by William Lane Craig with atheists such as Sam Harris, Christopher Hitchens and others. Craig is an eloquent defender of Christianity and a high-level philosopher. Mathematician and philosopher, John Lennox is worth watching in debate form as well, especially his debate with arch-atheist, Richard Dawkins.

A lot is at stake. More consequences flow from the existence or nonexistence of God than from any other question. If a personal and moral God exists, then life has objective meaning — for time and eternity — and there is hope for the universe and for your life. If this God does not exist (as affirmed by atheism and pantheism), then there is no objective meaning and there is no hope for the universe, since it is ungoverned and unaccountable to a Creator. Death is the end of everything.

Even if we question whether life has meaning, none of us can live as if it had none. We care for our loved ones and value them. We oppose immoral acts such as rape and genocide. If you take life to have any meaning beyond your immediate experience, then you are on the side of theism against atheism. Follow that up.

Jesus is the most influential man in history, inspiring not only evangelism, but philosophy, art, literature, hospitals, universities, and a plethora of humanitarian causes. But why?

Yes, there are many God-candidates. However, the basic options come down to a personal God or an impersonal God. The latter is more like a principle, force, or substance than a being with thought, value and volition. An impersonal God cannot satisfy our longings for love. It cannot even give value to human beings as persons, since the highest reality is amoral and impersonal (and, thus, uncaring).

Christianity, alone among the religions, claims that a personal and infinite God came into his creation through Jesus Christ two thousand years ago by being born in an obscure village in ancient Palestine. God, who created humans in his image, took that image on himself by becoming man — the most remarkable man in history. In his name, people curse and in his name people bless. In his name, the faithful are baptized, married and buried. Jesus is the most influential man in history, inspiring not only evangelism, but philosophy, art, literature, hospitals, universities, and a plethora of humanitarian causes. But why?

The ancient record of the New Testament depicts Jesus as a miracle worker. The blind saw, the deaf heard, and the dead were raised to life again. Jesus preached the gospel to the poor, to the rich, and to everyone in between. Jesus was hailed as a teacher with unimpeachable authority. The greatest minds of the day could not out-think him. The greatest sinners of the day could not escape him. He dined with them and brought the good news to them — tax collectors, prostitutes, lepers and the like.

He died young, but not unexpectedly. He was a man born to die — innocent of any wrongdoing but convicted as a criminal. He was crucified, not as a martyr for a cause, but for the sins of the world. Only in his death and his death-defeating resurrection could eternal life be found by those who trust in him and follow his teachings and example. As he proclaimed and asked: “I am the resurrection and the life. He who believes in Me will live, even though he dies. And everyone who lives and believes in Me will never die. Do you believe this?” (John 11:25-26)

Agnostics! Dare to investigate the claims and credentials of his remarkable and eternally significant man — this man who claimed to be the divine Lord and Savior of the world.

You agnostics, it is in your best interest to determine whether this greatest story ever told is true. If it is true, as I believe it is, then everything rides on your response to it. You have to do something with Jesus. He is that kind of man. Consider a few of his statements:

For whoever wants to save their life will lose it, but whoever loses their life for me will find it. — Matthew 16:25

Agnostics! Dare to investigate the claims and credentials of his remarkable and eternally significant man — this man who claimed to be the divine Lord and Savior of the world. Knowing him is life eternal.

Detecting False Dichotomies That Hinder the Mission of the Church