Against Tyranny: We are the Most Terrifying Force 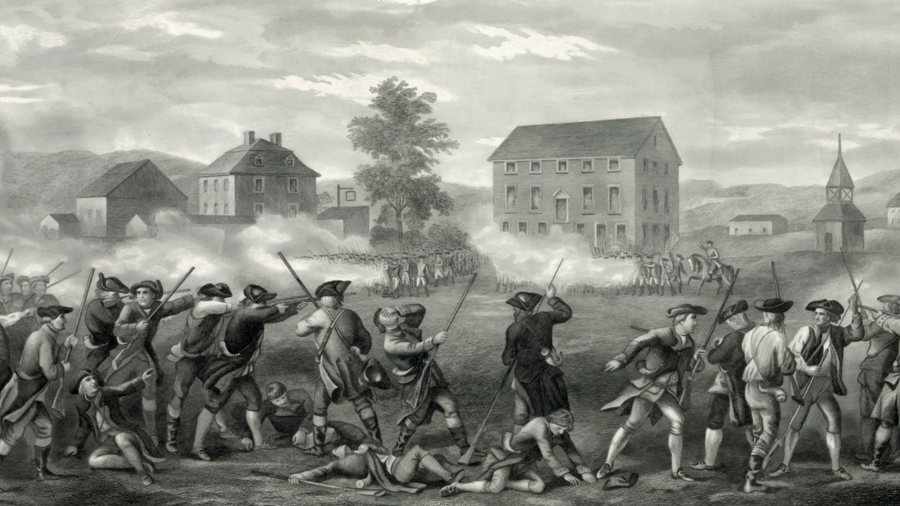 By Chenyuan Snider Published on November 5, 2021 •

In 1761, 63 merchants brought suit against a British law that allowed the search of homes and businesses without written justification or prior warning. An attorney named James Otis represented the merchants in this case, known as Paxton v. Gray. He lost the case, but uttered a line that made history: “An act against the constitution is void.” Britain had no formal “constitution” as we now have. Otis was referring to established legislation and case law, which should have taken precedence.

Otis’s point: When government tries to implement unconstitutional law, it is illegitimate and should not be obeyed. This principle became the intellectual foundation for the Declaration of Independence and eventually the Bill of Rights.

Should We Accept Tyranny?

Should we live freely or be ruled by tyranny? That was the crux of the matter. Our founders recognized freedom as a natural right granted us by God when He made us in His image. For this they made tremendous sacrifices and endured unimaginable hardships. They understood the historic magnitude of their endeavor. Against all odds, they overcame a force substantially more advanced and powerful, the global giant of the 18th century, the British Empire. For the first time in human history, a nation ruled by “we the people” was established.

We need not feel inadequate for being in the minority. God has designed us to live in freedom.

Because of its freedoms, America became powerful magnet that has attracted people of every race, gender, age and religious conviction from every corner of the world. Expressions like “shining city on the hill” and “beacon of the world” may seem to have become hackneyed clichés, but there is a reason Americans have used them so often. They communicate a clear and powerful message. Each human heart desires to live freely because by His design, God Himself intends us to live freely.

Preferring the Bondage of Egypt

Freedom is not free, however, and for that reason we cannot say everyone truly loves freedom. It requires faith, courage and perseverance to obtain and defend. The Exodus story of God’s deliverance stands at the pinnacle of Jewish tradition, yet for many Israelites, freedom and the land of milk and honey weren’t worth dying for. Many complained, murmured and grumbled to Moses when facing hardship. They wanted to go back to Egypt, preferring bondage over freedom and good life. They balked at believing God’s promise that they could take the land He had prepared for them. Among the men who came out of Egypt, only Joshua and Caleb, who had demonstrated faith and courage to fight, were granted permission to enter the Promised Land.

Division at the Time of Our Nation’s Birth

Freedom divides, as all truth divides. During the War for American Independence the people stood in sharp disagreement. One third wanted to be free, one third preferred Britain’s rule despite its unjust laws, and a third were ambivalent. Most of them were adamant in their views: There was no middle ground for agreement with the other two-thirds.

Benjamin Franklin’s son was a loyalist governor. They never fully reconciled. Henry Knox was a senior general of the Continental Army. His wife married him knowing she would never see her loyalist family again. Jesus said He came to divide. As long as absolute truth exists, division is unavoidable, and not always terrible.

During the battle of Dorchester Heights, the British General William Howe reportedly exclaimed, “My God, these fellows have done more work in one night than I could make my army do in three months!” Such is the immense power generated in the determination to be free.

Today we face losing the freedom our founding generation fought so hard to win for us. It’s no surprise that our nation is irreconcilably divided over freedom. It’s the same question the early Americans faced: to live in freedom or be ruled by unconstitutional tyrants.

Many think lightly of freedom because they do neither understand nor care about the image of God in us, from which our right to live freely derives. They lack both the theological foundation and personal experience to discern the wrongness of tyranny. I have the experience. I grew up in communist China. No one ever fights to be enslaved, but those who are determined to live freely possess indomitable strength.

But “indomitable” implies fighting against domination, and fighting can mean bloodshed. It is a hard reality, but it is nevertheless reality, for thus it must be when tyranny arises. The signers of the Declaration of Independence had no illusions about the risk they were taking. “We mutually pledge to each other our lives, our fortunes and our sacred honor.” They were signing their own death warrants.

The Most Terrifying Force

Soldiers in the Continental Army exemplified extraordinary bravery and tenacity, especially when compared with their British counterparts, the Redcoats. During the battle of Dorchester Heights, the British General William Howe reportedly exclaimed, “My God, these fellows have done more work in one night than I could make my army do in three months!” Such is the immense power generated in the determination to be free.

Those who cherish and fight for freedom have always formed the most terrifying force. Today, we are that force. We need not feel inadequate for being in the minority. God has designed us to live in freedom. By choosing freedom over tyranny, we honor God who gives us the longing for liberty. He will transfer that longing into a mighty power in us.

The Test Before Us

My father-in-law passed away just before the pandemic started. I have often felt that those who slipped into eternity before the global crisis were fortunate for avoiding the agony of this crisis. God has shown me, though, that we should count ourselves fortunate to be considered worthy to face this test. We have a choice: We can forsake faith, turn toward the Egypt of the Exodus, and live in bondage and fear. Or we can trust our Creator by standing up to fight a death match against tyranny.

How then will history see us? Will we choose freedom over tyranny? Will history see that we, too, are the most terrifying force, marching on for His truth? Or will we be cowards fleeing to Egypt? The choice is ours. We cannot escape it. The test is real. Will we pass?