Academic Calls for a Return to Eugenics (to Battle Global Warming)

The Big Push on global warming has begun. At the recent opening of the UN General Assembly many world leaders, including Pope Francis, signaled their commitment to that body’s “Agenda for Sustainable Development” and stressed the necessity to reach planetary-wide agreement at December’s Paris Sustainable Innovation Form (also known as COP21). 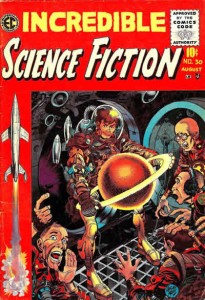 Academics who depend on government funding have heard these calls and responded with gusto. For instance, Vatican advisor and quantum physicist Hans Joachim Schellnhuber is pushing for a One-World Government led by, well, folks like quantum physicists. A group of prestigious climatologists pleaded with President Obama to prosecute global warming skeptics under the RICO Act.

But the most innovative idea came from philosopher S. Matthew Liao (NYU) and pals. They propose re-engineering humanity. How? They want to monkey with your genes, kill your unwanted children, inject growth-stunting hormones into your womb, poison your food, and hook you permanently on oxytocin. But, hey: it’s for your own good. And it’s going to save the planet.

In the peer-reviewed article Mein Kulturkampf — no! I’m only kidding. It’s called “Human Engineering and Climate Change,” in Ethics, Policy & Environment. In it, our jolly eugenicists set out a Master Plan to create a race of genetically superior Supermen, enlightened beings who care deeply about the environment.

How will it work? 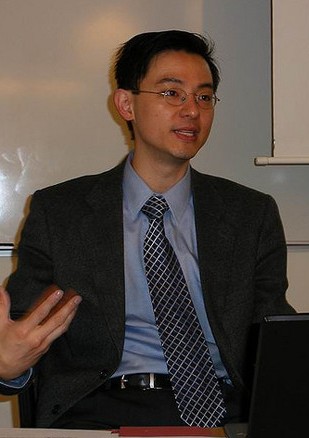 “[P]eople often lack the motivation or willpower to give up eating red meat even if they wish they could,” Liao said. “Human engineering could help here.” Solution? Poison the food. Add vomit-inducing chemicals to your chops. Presumably armed government agents would police supermarkets and supervise its administration.

Sadly, “anyone not strongly committed to giving up red meat is unlikely to be attracted to this option.” Solution? Force — he uses the word “encourage” — people to wear poison-release patches that would “induce mild intolerance” (emphasis mine) by causing the immune system to “react” against meat proteins. “[H]enceforth eating ‘eco-unfriendly’ food would induce unpleasant experiences. Even if the effects do not last a lifetime, the learning effect is likely to persist for a long time.” You bet it will.

S. Matthew Liao is a little guy. Yours Truly is the opposite. Fellow big men, ever notice how some of our diminutive brothers bark excessively and nip at our heels trying to prove their toughness? And how others, enraged by their lack of stature, cherish a hate against our superior manliness? Perhaps this is what accounts for Liao’s next idea.

There are too many tall people, Liao says. Solution? Reduce height via “preimplantation genetic diagnosis.” How? “It would simply involve rethinking the criteria for selecting which embryos to implant.” Implanting embryos? Say, isn’t that the brave new idea Aldous Huxley had? I wonder which government bureaucracy would certify embryos. 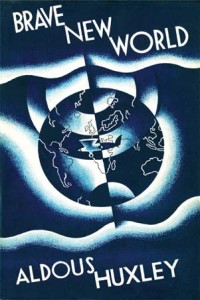 Yet Liao, perhaps because of the blindness of his jealously, has neglected the obvious solution: since there are more short people than the majestic tall, just eliminate the unsightly short people! This removes unwanted flesh and preserves beauty. For those men less than 6′ who manage to escape the Gene Police or are not killed in the womb, I say after-birth abortion should be considered seriously. And since we need a mechanism for their dispatchment, how about baseball bats upside the head? Let this be our fight song!

Liao seems to believe only stupid people have kids (how must his mother have felt when reading his paper?). Thus he suggests “cognitive enhancement” to lower birth rates. He says that “many environmental problems seem to be exacerbated by — or perhaps even result from — a lack of appreciation of the value of other life forms and nature itself.” Solution? Shoot people up with the “prosocial hormone oxytocin” or a “noradrenaline reuptake inhibitor.” And also — you could see this one coming from a mile off — reduce testosterone. Sorry, big men. Liao seems to have it in for us.

All this seem intrusive to you? Not so, says our little friend: “human engineering could be liberty-enhancing.” Liberty enhancing? Yes, sir. Why, “if we were able to scale the size of human beings, then given the same fixed allocation of greenhouse gas emissions, some families may be able to have more than two children.” How generous!

But, say: have these guys thought this all through? Sure, they’re all PhDs at major universities, and therefore are as near to human infallibility as possible, but nobody bats 1.000. Should we be concerned they have missed some vital component? 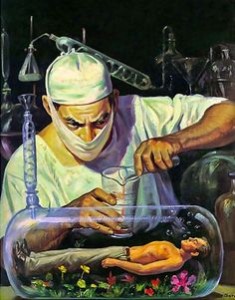 Of course not. Human engineering is safer than geo-engineering, say our cognitively superior colleagues. Safer? Yes, sir: safer. Proof? Hey, if their word is good enough for themselves, it’s good enough for us. Besides, their recommendations have been peer reviewed. What more proof do you need?

Liao knows what you’re thinking and says, “examining intuitively absurd or apparently drastic ideas can be an important learning experience.” Amen to that. I learned to steer clear of the Philosophy Department at NYU. Also: “History is replete with examples of issues or ideas which, whilst widely supported or even invaluable now, were ridiculed and dismissed when they were first proposed.”

That’s true. But history is even more replete with lunacies rightly rejected, their inventors tarred and feathered by a horrified citizenry or locked in a small padded cell sans shoelaces.

That was in the good old days. Now we give promoters of the preposterous cushy jobs at elite universities. The end cannot be long in coming.

An earlier version of this column appeared in an earlier form at the author’s site.