The pro-life and pro-choice movements speculate about the reason for the decline. 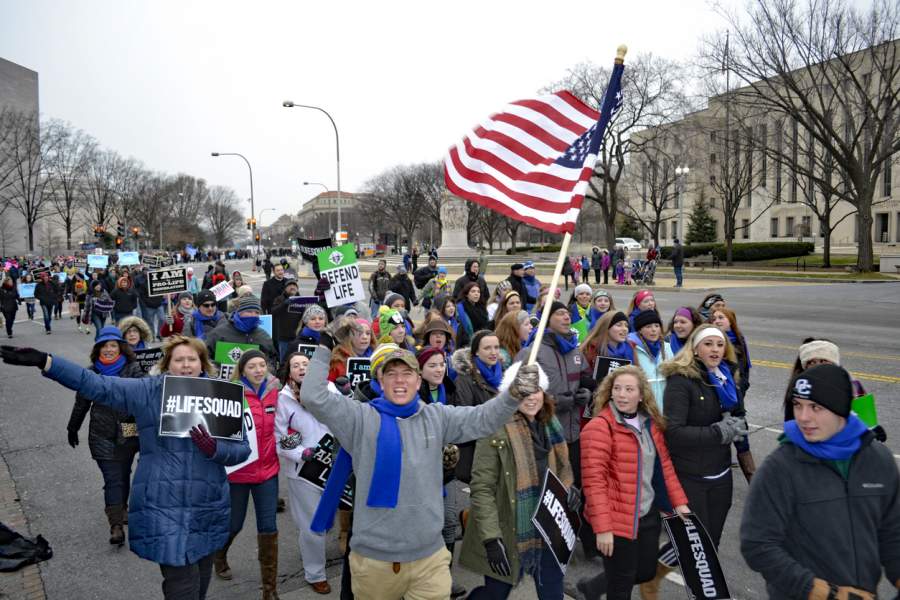 Participants in the March for Life in Washington, D.C. in January 2016

Last week the Centers for Disease Control and Prevention revealed that fewer women are having abortions than have since the Supreme Court ruled in favor of abortion in Roe v. Wade.

The CDC has kept a record of abortions occuring in the U.S. since 1969, collecting abortion rates and ratios from all 50 states, plus Washington, D.C. and New York City. Each area offers the information voluntarily.

As The Washington Post reported, abortion rates spiked after Roe v. Wade in 1973. After the 1980s, there was a gradual decline, except a short period in the late 2000s. 2015 marked the lowest numbers since abortion was legalized in the U.S.

Reasons for the Decline Unclear

“The declining abortion rate is a good sign that pro-life policies work,” Matt Lamb of Students for Life told The Stream. He believes the decreasing rates are a particular testament to state-level policies. “Many states enacted pro-life policies during the time period of this decline, in the face of a pro-abortion Obama administration,” he said.

Even those on the pro-choice side credit pro-life laws to some extent. Rachel Jones of the pro-abortion Guttmacher Institute told the Post that “decreased access to abortion services” has contributed to the decline in some states. Jones also credits “improved contraceptive use.”

The CDC doesn’t cite clear reasons for the decline, but does recommend “increasing access to and use of effective contraception” to continue lowering abortion rates.

More laws and contraception use may not tell the whole story, however. Chuck Donovan of the pro-life Charlotte Lozier Institute noted two other potential reasons: These days, teens are less sexually active to begin with, and “pro-life views are more prevalent among the rising generation than they were 40 years ago.” (Public speculation surrounding both of these cultural phenomenons — young people’s diminishing sex lives and pro-life views — are becoming increasingly popular.)

A Shift Among Younger Americans

Such observations are consistent with CDC findings. A research summary notes that the decrease in abortions among girls between 15 and 19 is the most dramatic. The abortion rate for this age group dropped 54 percent between 2006 and 2015. The age group accounted for less than 10 percent of all reported abortions in 2015.

Abortions are also taking place at earlier gestational ages; 65.4 percent of abortions performed in 2015 happened at 8 weeks’ gestation or earlier. According to the CDC summary, “among abortions performed at ≤ 13 week’s gestation, a shift occurred toward earlier gestational ages.” Between 2006 and 2015, there was an 11 percent increase in abortions occurring at or before six weeks’ gestation. Younger Americans are generally supportive of early-term abortions, but opposed to late ones.

“Any decline of this size and duration has many causes,” Donovan said.

Lamb, who works for a group that claims, “We are the pro-life generation,” expects the numbers to keep going down. “Now that there is also a pro-life presidential administration, we look forward to the abortion rate continuing to fall and we will continue to work to abolish abortion.”