Abandon God, and Science Will Die

The New Atheists are sawing off the branch on which science is sitting. 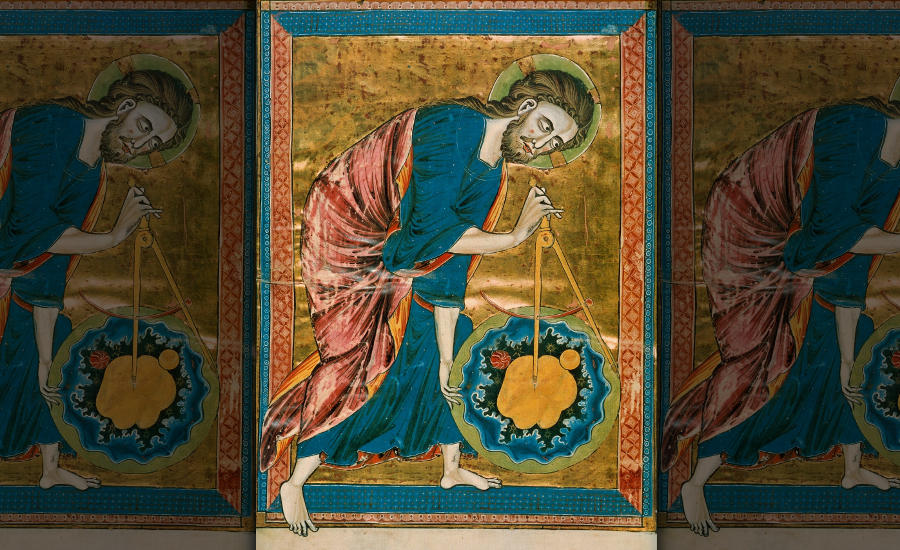 Every educated person ought to study the ancient world. What we will find in those cultures is extraordinary and fascinating, such that thousands of Western scholars have spent their lifetimes mining the riches of these complex nations, without ever exhausting the richness laid down by ancient philosophers, poets and sages.

There’s one thing that each of these civilizations lacked, which wouldn’t make an appearance until the Christian Middle Ages: experimental science that yields a reliable understanding of the material world and hence technological advancements that better human life. Yes, there were careful and deeply insightful philosophical thinkers, and individual tinkerers whose curiosity drove them to test an invention or theory here and there. But no one ever followed up on the inventions of Archimedes, or systematically experimented to see where Galen had been mistaken.

No schools established laboratories and attracted teams of researchers, laying out hypotheses and training younger scientists to test them. No one set up faculties for the steady advancement of medicine by careful trial and error, or carefully tested the theories of the men who had come before them. Even when seeds of genius popped up in the ancient soil, they found it dry and rocky, with none of what science needed to nurture its steady, predictable growth. Scientist (and priest) Stanley Jaki surveys the weathered ruins of ancient inquiry in his learned book The Savior of Science and shows why the ancient Egyptians, Hindus, Chinese, and Babylonians, for all their genius, never developed anything like science.

Why the West Is Different

Why was this true in so many cultures, but not true in our own? What was it that led to the growth of experimental science with such pioneers as St. Hildgard of Bingen, St. Albert the Great, and the monk Roger Bacon? What elements in our culture laid the groundwork for the theories of Newton, Kepler, Leibniz and (yes) Galileo? What set the Christian West apart?

It was the unique worldview of the Jews, implanted in the rationalism of Greece and Rome, and guaranteed by faith. It is easy for us to miss the distinctive characteristics that set this distinctively Western, Christian mindset apart from its competitors, in the same way that we forget that we are breathing — until something goes wrong, and we choke on a noxious gas. Let us go through these characteristics one by one:

M.I.T. and NASA Were Made Possible on Mount Sinai

None of these assertions about reality were the fruit of intellectuals brooding about the nature of the universe. Instead, they are the lessons the Jewish people took from God’s revelation to them, spread out through their history and recorded in the Old Testament. Their message is so much more hopeful than anything offered by any pagan philosophy, that by the time of Christ there were thousands of gentile converts to Judaism all over the Roman world — and many more who were deeply attracted to the Jewish revelation, but unable to commit to circumcision, and other rigors of Jewish law. These were the men and women to whom St. Paul opened the door when he championed the cause of gentile converts to Christianity, and convinced the other apostles to let them join the Church without first becoming Jews.

These statements cannot be proven like mathematical theorems. They are what Jacques Maritain called “pre-philosophy,” and in thought about the cosmos they serve the same role as axioms in mathematics. If you accept them, a whole world of new thought and understanding suddenly becomes possible. Reject one or more of them, and you will end up sooner or later in a hopeless cul-de-sac.

The Death of Humanity

That’s precisely where science is heading today, as some of the findings of science are being used to undermine all the tenets of that pre-philosophy: Scientists are sawing off the branch on which they’re sitting. In his profound new book The Death of Humanity, Richard Weikart documents how self-appointed spokesmen for “Science” such as “New Atheist” Richard Dawkins — and thousands who follow his lead — reject the idea of objective morality, free will, and the meaningfulness of life. Instead they blithely insist that everything — every single thing — in human nature can be traced to natural selection and blind variation. Religious impulses, altruism, friendship, love, even scientific curiosity, must all be explained away as the purposeless side-effects of mutations.

Human consciousness itself is a purely chemical, deterministic process entirely driven by the firing of neurons in the brain — which means that it is impossible to describe knowledge as objective, or any statement as really “true.” The perception that each of us has that a proposition is provable, or an experiment is conclusive, is no guarantee of anything in external reality; instead it is the outcome of subatomic dominoes falling in random patterns. How can science continue if even scientists start to believe this about their minds?

The answer is that it cannot. The death of humanity which Weikart describes will also be the death of science. We are already seeing state attorneys general trying to prosecute scientists who question the political orthodoxy of climate activists, federal regulations overriding the medical judgments of doctors treating “transgender” patients, and a dogmatic refusal on part of many well-educated people to admit that a human embryo is living or human, or that physical sex exists.

A few more decades of such irrationalism will undermine completely the foundations of research and truth-seeking in the sciences, and the West will go into the same despairing stasis that haunted ancient Egypt, India, and China. Ironically, the only hope for science now is a rebirth of faith.

Blessed are Those Who Have Not Seen and Yet Believe

Science and the Good: Can Science Help Us Learn How to Live?