A President Who Didn’t Want the Job 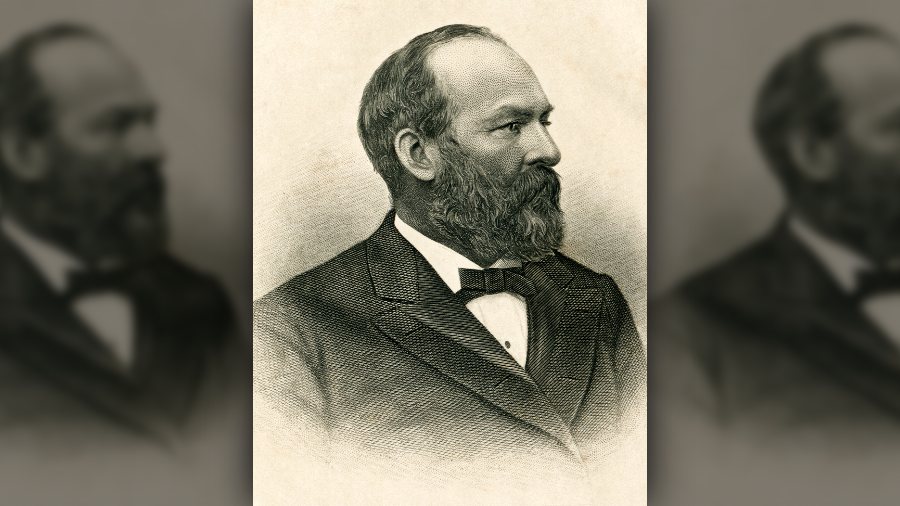 When Revolutionary War patriot Thomas Paine wrote these words in 1776, he was aiming at kings with a warning that applies in any age to politicians who think too highly of themselves or their work:

Men who look upon themselves born to reign, and others to obey, soon grow insolent; … their minds are early poisoned by importance; and the world they act in differs so materially from the world at large, that they have but little opportunity of knowing its true interests, and when they succeed to the government are frequently the most ignorant and unfit of any throughout the dominions.

Who Makes a Better Public Servant?

Why is it that the people who don’t lust for public office tend to make better public servants if they attain it? That’s my impression at least, which is admittedly not a carefully studied perspective. I feel more confident in suggesting that those who do lust for office ought to be summarily rejected. If you truly enjoy wielding power over others, then I don’t want you near it.

Politics is a magnet for the superficial, the corrupt, the slick but incompetent, the snake-oil salesmen, the unprincipled and the power-hungry. The bigger the government, the more that truly good people don’t want to dirty their hands with it unless they think they can whack it down to size.

In the private sector, you’d almost never want to hire somebody who doesn’t earnestly want the job. It says something unflattering about the public sector that many of us are turned off by those who really do.

It’s refreshing, isn’t it, when someone runs for office and really doesn’t care so much to have it that he’ll do or say whatever it takes? Grover Cleveland was just such a man. He became a sheriff, a mayor, a governor and then a president because he was a man of character and principle. He had other things he could do, and enjoy doing, if he lost. He didn’t cut corners or prevaricate or dishonor himself to win. Such behavior was beneath him — in other words, he was the kind of person you’d want in a public office if you have to fill it at all.

Over the holidays, I enjoyed a recent book about another man who was just as reluctant for presidential power as Cleveland, probably more so. That man was James A. Garfield of Ohio, elected President of the United States in 1880. The book, by Candice Millard, is titled Destiny of the Republic: A Tale of Madness, Medicine and the Murder of a President. It focuses on the very different paths of Garfield and his eventual assassin, Charles Guiteau — mostly in the two years before the latter shot the president just four months into his term.

Perhaps no other man ever elected to the presidency wanted it less than our 20th. He said himself, “This honor comes to me unsought. I have never had the presidential fever, not even for a day.”

Garfield, a former Civil War general, was a 48-year-old, nine-term congressman in 1880. He was looking forward to assuming office as a U.S. senator in a few months (having been selected by the Ohio legislature) when he showed up at the Republican National Convention that year to place the name of Senator John Sherman in the hat for the party’s presidential nomination. The other two candidates were Senator James G. Blaine of Maine and former President Ulysses S. Grant, who had come out of retirement to seek an unprecedented third-term comeback.

Early in his nominating speech, Garfield asked a rhetorical question, “And now, gentleman of the convention, what do we want?” Loudly from amidst the crowd of 15,000 came the unexpected reply, “We want Garfield!” followed by a chorus of cheers. The Ohioan transfixed the audience with his eloquence for the remainder of his address. When he was finished, it was apparent that a Garfield boomlet might materialize. It was a Saturday night in early June in Chicago.

Anxious to proceed to the balloting to choose the nominee, the Sherman, Blaine, and Grant forces pressed for a vote a few minutes before midnight. The convention chairman refused to allow any business to spill over into the Sabbath, so he recessed the convention until Monday morning. Sunday was no day of rest for Garfield. He spent it making the rounds, pleading with conventioneers not to vote for anyone with the last name of Garfield.

Millard quotes a concerned Garfield friend, who uttered, “General, they are talking about nominating you.” The congressman and senator-elect replied in dismay, “I know it! I know it! And they will ruin me. I am going to vote for Sherman and I will be loyal to him. My name must not be used!”

On the third ballot on Monday morning, one vote for Garfield surfaced among the delegates. Twelve hours and 25 more rounds later, Sherman, Blaine, and Grant were still deadlocked well short of the necessary votes to win.

Tuesday morning the contest resumed. On the 34th ballot, Garfield’s single vote had swelled to 17, prompting the non-candidate to leap to his feet in protest. “I rise to a question of order. I challenge the correctness of the announcement. The announcement contains votes for me. No man has a right, without the consent of the person voted for, to announce that person’s name, and vote for him, in this convention. Such consent I have not given!” The chairman cut Garfield off, gaveled him out of order, and told him to take his seat. The balloting proceeded and on the 36th tally, as Garfield looked on in horror, he won the nomination by a 20-vote margin. Minutes later, “the hall exploded in a cheer so deafening the very air seemed to tremble” as Garfield’s nomination was made unanimous.

Garfield was “shocked and sickened,” reports Millard. His first impulse was to ask a friend if he thought it would be inappropriate to leave the building. When a Maine delegate approached him and offered congratulations, Garfield replied, “I am very sorry that this has become necessary.” He left the convention hall in a carriage, rode to his hotel in silence with “a grave and thoughtful expression on his face,” then later collapsed in a chair and stared at the wall, looking “as pale as death.” The campaign he didn’t want was about to begin, and it ended with a victory in November that he never imagined would happen.

Amid snow-covered grounds at the Capitol on March 4, 1881, James Abram Garfield was sworn in as the 20th president, succeeding fellow Ohioan Rutherford B. Hayes. His inaugural address emphasized the importance of civil rights and the “full rights of citizenship” for recently freed black Americans. “Freedom,” he declared, “can never yield its fullness of blessings so long as the law or its administration places the smallest obstacle in the pathway of any virtuous citizen.”

If not for a bullet, the man who least wanted to be president may well have become widely known as one of our better ones. Such can be the bitter ironies of history thwarted.

As president, Garfield proved honest and competent. He was constantly appalled at the endless lines of people who wanted a favor or a federal job. “Almost everyone who comes to me wants something,” he wrote frustratingly, “and this embitters the pleasures of friendship.” He later complained, “My day is frittered away by the personal seeking of people, when it ought to be given to the great problems which concern the whole country.” After one such very long and exasperating day, he wrote in his diary, “My God! What is there in this place that a man should ever want to get into it?”

In addition to his reluctance for power and his support for civil rights, Garfield’s positions on several other issues are appealing to those who cherish liberty. As a congressman, he wouldn’t support higher tariffs to “protect” locally produced goods at the expense of consumers. He refused to endorse measures that would empower the president to suspend habeas corpus. And he was outspokenly anti-inflationist for the entirety of his public career. In 1868, he delivered a two-hour “Currency” speech in Congress in which he denounced the paper greenback and called for sound and honest gold-based money.

If Not For a Bullet

Garfield’s presidency lasted only 200 days, and for 80 of those he was unable to govern as he lay wounded from Guiteau’s July 2 assassination attempt. It wasn’t a bullet that eventually killed him. Rather, it was infection from his doctors’ unsterilized fingers probing for the bullet, which was not found until autopsy. He died on September 19, victim of a crazed man who, unlike Garfield, did lust for public office and was angry that the president hadn’t offered him one.

If not for a bullet, the man who least wanted to be president may well have become widely known as one of our better ones. Such can be the bitter ironies of history thwarted.