A Picture of Prayer 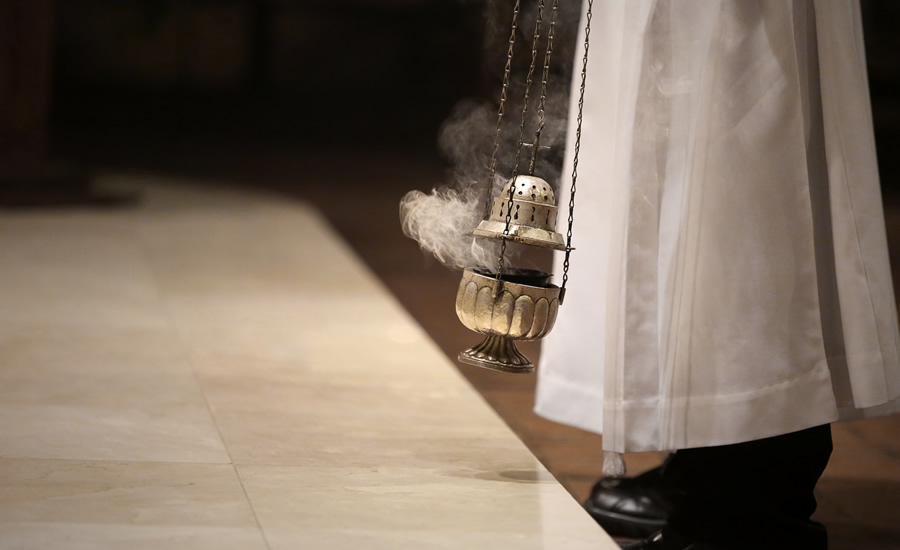 Though the book of The Revelation is a challenge to interpret, I love reading it. It is the picture-book of the bible.

I suppose that I’m a visual learner. I love the visualization of spiritual realities presented through visions and symbols. While other New Testament authors carefully explain the conflict between evil and good, and give adequate instruction to live amid invisible spiritual dynamics, I love the pictures Revelation offers.

The Scroll With Seven Seals

Beginning in chapter 5, there‘s a scene where John sees the one on the throne holding a scroll that has seven seals. It seems no one can open this scroll that, evidently, explains the mystery of the ages. Weeping ensues.

Then John is told that there is someone who can open it. It is the Lion of the tribe of Judah. When he appears, it is as a lamb that has been slaughtered. We know who that is. One by one the seals are broken and the mystery unfolds.

The Prayers of the Saints

In chapter 8 there is a picture of what the prayers of the saints look like. An angel with a censor takes the incense arising (prayers of the saints) and mixes it with fire from the altar (symbolizing all that Jesus has done in his sacrificial death) and flings it back to earth with peals of thunder, flashes of lightning, and an earthquake.

What a picture of our privilege in partnership with heaven. Jesus forgave our sin, defeated our enemy, reconciled us to God, empowered us as his agents on earth. We engage the conflicts on earth and pray. The results are as dynamic as thunder, lightning and earthquakes.

It is a characteristic of prophetic literature to depict spiritual dynamics in cosmic images. Just like thunder reminds us that we are not in control, and lightning displays more power than humans can ever generate, and an earthquake illustrates how little we can control our security, answers to prayer are powerful. Things change when heaven intervenes in earthly matters.

This picture confirms what we know about the kingdom rule of God on earth at present. Those who fear God have more to say about the events going on than we have recognized. We are not to be dismayed when confronted with difficult or even impossible circumstances. We can pray.

When the first believers were being discriminated against by the civil and religious authorities, they prayed. The place was shaken (earthquake?) and they spoke freely of the resurrected Lord (Acts 4).

We are not hapless victims of evil while we sojourn here. We rule with Christ, speaking boldly about the finished work of Jesus and boldly petitioning our Lord.

When Paul was severely persecuting the early believers, the church prayed. On a trip to Damascus, Paul was struck down by a light (lightning?) and was converted to a great Christian missionary.

Every time God spoke to his people it drowned out and displaced the sounds they were being tempted to trust. (Thunder?)

Confident in Our Lord

We are not hapless victims of evil while we sojourn here. We rule with Christ. We exercise our authority by speaking boldly about the finished work of Jesus, and by boldly petitioning our Lord for heaven’s intervention.

Of course, we often face insurmountable obstacles. They are necessary for us to display the enormous power of God as he acts in behalf of his people who seek to glorify him.

The Christian life is, by nature, supernatural. We expect to live confidently in both the visible and invisible realms of reality. As one saint said after reading the account of Revelation 8:1-5, “Let’s smoke up heaven.”

The Purpose in Prayer