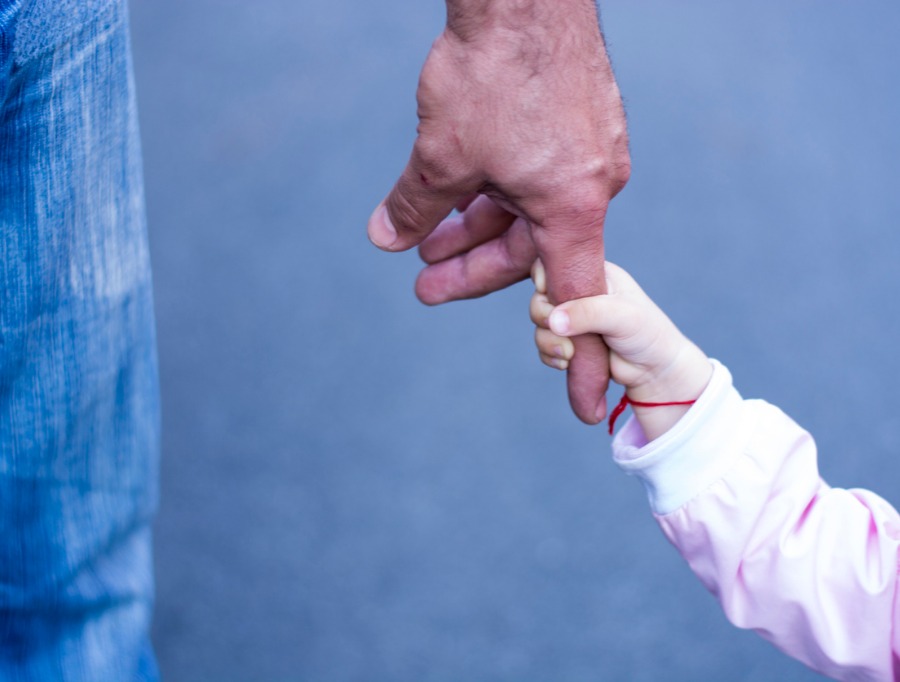 The weekend’s tragedies — El Paso, Dayton, the historic bloodshed in Chicago — have our grieving nation groping for answers. “Do something!” people shout at our nation’s leaders, like a little child crying out to his father, “Make it go away!” But too often there is no father because a huge percentage of Americans are fatherless. This reality is continually revealed by the actions and choices made by those damaged by this absence.

Created to Be His Children

God created us in His image to be His children. He is our heavenly Father and desires to be the most ever-present reality in every life. Adam and Eve lived in His presence. In the garden, they enjoyed intimate fellowship with their Father, experiencing the joy of His manifest presence. They were at peace, secure, living with confidence under His watch care.

Then the deceiver, the serpent, enticed them and they bought the lie, took the bait, fell, and forfeited their relationship with the Father. Adam and Eve, who knew no fear, were suddenly afraid of their own Father. They felt ashamed, naked, unclean, unworthy, and unloved, and they foolishly tried to cover their sin and shame with mere fig leaves. This was the first futile attempt on the part of fallen man to inadequately cover their shame and deal with the sinful, adverse effect of allowing themselves to be deceived by the father of all lies (John 8:44).

God the Father immediately set in motion the plan to restore fallen man to intimate fellowship with Himself. He set out to establish a family of faith through whom He would bless the nations of the world. These truly blessed and chosen children of God could reveal clearly the heavenly Father to fallen humanity.

Tricked Into Living as Orphans

From the time of the Fall and the sacrificial gift of Jesus Christ the Father gave to reconcile us to Himself, mankind has continually been deceived by the enemy to live as orphans without knowing a personal relationship with the one and only perfect Father. Our failure to know the Father has led to fatherless families and nations. America’s fathers are too often missing, dysfunctional, idolatrous, consumed by material pursuits, or at best living with an orphan mentality. The toll in our streets and in our culture has been catastrophic.

We witness today in our own nation millions of citizens seeking to find the missing father by: (1) seeking the approval of others when only God’s approval will suffice; (2) engaging in compulsive behavior and addictive practices that prove to be a tragic substitute; (3) becoming pleasure seekers but remaining empty; and (4) joining something to find a sense of family or belonging (a team, club, lodge, gang, or even a religious group or church).

Any family without a father — the Father — still reveals total emptiness.

Just as Israel did, America and the nations of the world are seeking the wrong solution to a serious dilemma. Fatherless people keep asking for a king because, as with Israel, everyone is doing “what [is] right in his own eyes” (Judges 17:6). People seek the wrong answers by establishing the wrong king and in so doing miss the necessary relationship with the Father.

We all need the King (Jesus) who will show us the Father. There is to be but one King, and this King declared, “I am the way, and the truth, and the life; no one comes to the Father but through Me” (John 14:6). No religion, no ritual, no traditions, no new law nor idols of men can substitute for this King, who gives us the way to the Father.

In order to know the Father and no longer live as orphans, we must discover the one and only King and then submit our will to His. We must lose our life in His purpose in order to find it, and find it we will in all of its abundance. We must say firmly, “Your kingdom come, and our kingdom and kingdoms go!” We must understand the absolute importance of the Sermon on the Mount with special focus on Matthew 6:33 where Jesus exhorted us to seek first the kingdom of God above all else and live righteously, and He will provide everything we need.

In the same chapter He referenced the evident manifestation of the Father’s watch care when He said, “Look at the birds of the air … your heavenly Father feeds them” (v. 26). And He pointed to the fact we are of far greater value. He said, “Observe how the lilies of the field grow … not even Solomon in all his glory clothed himself like one of these” (vv. 28–29). If God cares for the birds and the flowers, how much more will He care for those who choose to be His children rather than live as orphans?

Many churches today are filled with people who have an orphan mentality. Jesus pointed to the cure when He told us that He has revealed the Father: “He who has seen Me has seen the Father” (John 14:9). Christ revealed the heart, character, and nature of the Father in heaven, who is to be our personal God and Father. Jesus revealed the Father’s unconditional love and the power of His forgiveness — our sins gone, removed as far as the east is from the west (Psalm 103:12).

Jesus commands us to focus on the Father and His kingdom. He must be first. The Father in heaven loves us so much that He gave His own Son to redeem us, not with silver or gold, but with the precious blood of this Lamb. His focus is on us! We focus our attention on Him and discover that He has focused His attention on us. We must not live as though it’s all about us; our needs, our wants, our grievances.

Our lives must be about Him, His kingdom, and His will being done in us on earth right now for His glory. Still, at the same time, the Father is vitally interested in our well-being.

People in America and around the world must recognize there is only one way to fill the gaping hole in the human heart that is created by fatherlessness, and that is with the presence of the living God. America and the nations of the world have substituted idols for God and they have missed the Father. Our own nation, along with the nations of the world, have made a god of governments while foolishly and futilely trusting the deceptive promises of mere men rather than almighty God.