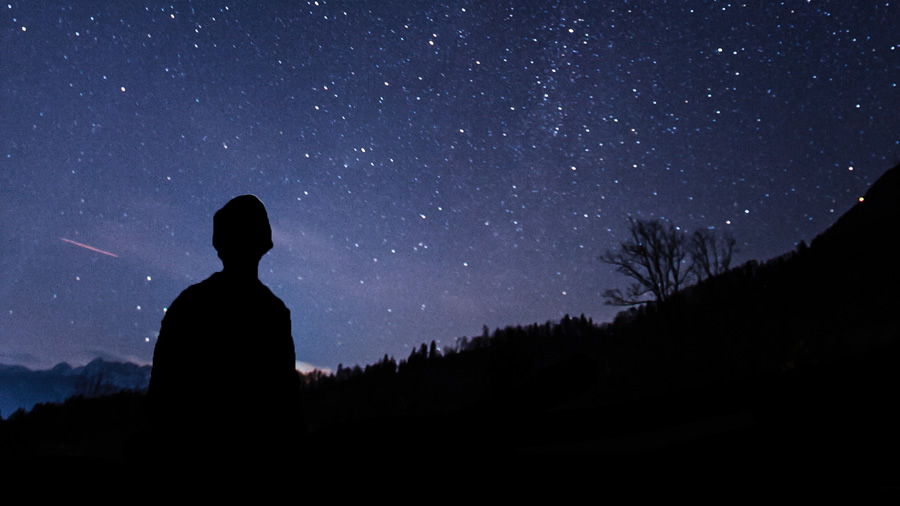 The heavens declare the glory of God;
the skies proclaim the work of his hands. — Psalm 19:1 (NIV)

You can imagine the Psalmist looking up to the stars in awe, praising God for all creation. But do the heavens still declare the glory of God in our day? Do the skies still proclaim the work of his hands to a people as sophisticated and learned as we are? The heavens would compel the ancients to glorify God as Creator. But are we compelled by them today?

It turns out that the heavens still speak. Philosophers and scientists do the talking, but through the study of “the heavens,” the cosmos, we can learn something about the existence and nature of God.

Let us look to three questions inspired by the heavens. Please note that this is all very introductory.

What is behind the beginning of the universe?

Beginning in the last century, a majority of scientists have been won over to the view that our universe had a beginning. While some Christians balked at the “Big Bang” theory, others saw the implications for theology. After all, we people of the Jurdeo-Christian tradition have long been saying that the universe had a beginning. William Lane Craig lays out what he calls the Kalam Cosmological argument in this way:

Further, the cause “must be spaceless, timeless, immaterial, uncaused, and powerful.” Sound like anyone you know? God, as revealed in the Bible, fits this cause of the universe perfectly. But then you might object with “who created God?” Consider the first premise, and then note that God does not begin to exist, therefore we do not need to consider what caused his existence. Again, this is all very introductory, but here is a short video from William Lane Craig which explains it in a much better way.

Why are the conditions just right at the beginning of the universe for it to be life permitting?

Scientists tell us that certain physical constants, like the force of gravity, are so very specific, that if they were just slightly different at the beginning, the universe would not exist as we know it. It would not be life permitting. This is commonly called the Fine Tuning Argument.

Just how specific must these constants be? The web resource godandscience.org quotes Dr. Hugh Ross from his book, The Creator and the Cosmos, on one such constant, the ratio of electrons to protons:

One part in 1037 is such an incredibly sensitive balance that it is hard to visualize. The following analogy might help: Cover the entire North American continent in dimes all the way up to the moon, a height of about 239,000 miles … Next, pile dimes from here to the moon on a billion other continents the same size as North America. Paint one dime red and mix it into the billions of piles of dimes. Blindfold a friend and ask him to pick out one dime. The odds that he will pick the red dime are one in 1037. (p. 115)

Did this degree of fine tuning happen by necessity, chance, or by design? Design can be shown to be the most reasonable explanation. I am only scratching the surface, but here is another short video from William Lane Craig to give you a better handle on the fine tuning argument.

Why does anything exist at all?

Looking up to the heavens above on a starry night, we might ask not just how this all began, or how it ended up being so delicately balanced for life, but why is there anything at all? Gottfried Leibniz asked “why is there something rather than nothing?” He then went on to show how God is the answer. William Lane Craig has formulated Leibniz’s thinking using the following premises:

This can be a tricky one to wrap our minds around, but basically the idea is that the universe is contingent — that is, something else was required for its existence. We experience this in daily life as we see that all things have some cause behind them. There is a computer here in front of me because someone built it and I bought it. This computer did not need to exist, nor did I have to buy it. Its existence and placement is contingent on many things. However, God exists necessarily. Nothing caused God to exist. The only way a contingent universe could exist is if something which existed necessarily caused it to exist. This is consistent with what the Bible teaches.

It is compelling that what was written so long ago in the Bible should provide answers consistent with what is being learned in our day.

Here is one more short video from William Lane Craig to help you better understand the Leibniz contingency argument.

It is compelling that what was written so long ago in the Bible should provide answers consistent with what is being learned in our day. Christianity provides compelling answers to philosophical questions inspired by the cosmos. But far more than that, it speaks about God, who loves! May you have confidence that Christianity is true. May you have confidence that God loves you in Christ!