A CNN ‘Hero’ Tries Blowing Up Federal Agents, Democrats are Silent … and You Want to Talk About Tweets? 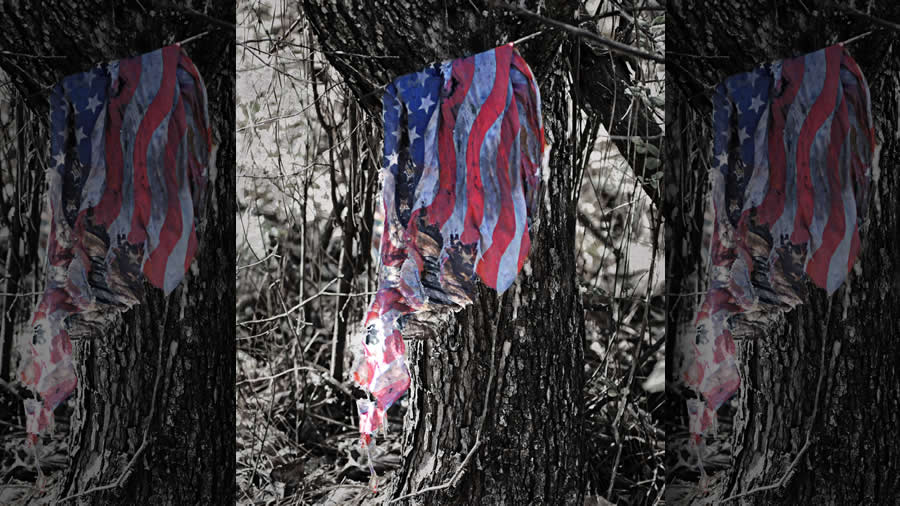 Today’s news feeds are still filled with outrage over President Trump’s tweets suggesting the America-loathing congresswomen “go home.” (And “then come back” … a crucial line conveniently edited out of the coverage.) “The President’s a racist!” the Democrats and their media allies scream in unison. Michael Brown weighs in here on whether they’re right. John Zmirak does a masterly breakdown of the names Trump’s called here.

However, when you pay attention to what “The Squad” or “Quartet of Contempt” actually says — and what they don’t say — and what their like-minded followers do there’s but one conclusion: This isn’t about race. It’s about revolution. This weekend was proof. And God help us.

Did you know that on Saturday an Antifa terrorist tried to blow up an ICE detention facility? When that didn’t work, he ended up in a gun-battle with police. Did you know this same guy seems to have been hailed by CNN as a hero before the attack? And is being hailed as martyr since? Heck, CNN wanted you to send this terrorist’s group money.

His name was Willem Van Spronsen. He attacked the Northwest Detention Center in Tacoma, tossing Molotov cocktails towards a propane tank. Police responded to the scene, and Van Spronsen ended up killed. His intent was to murder, to burn ICE agents to death. Thank God the propane tank did not ignite. The difference between Van Spronsen and Timothy McVeigh? Efficiency.

Van Spronsen left a manifesto. A manifesto echoing Alexandria Ocasio-Cortez’s language about detention centers being concentration camps. AOC claims to be against violence. Yet we have to take that with a grain of salt. As Mike Huckabee points out, her chief of staff — her consigliere — is Saikat Chakrabarti. His political hero is Subhas Chandra Bose, a Nazi-collaborator (even Newsweek recognized that) who advocated violent revolution in India. A man who advocated a hybrid of fascism and socialism. (Yet Trump is the fascist?)

Where is the outcry? Think of it: A kid in a MAGA hat stood stock still in the face of a drum beating in his face and it was 24/7 coverage for days. This guy carrying the Left’s water attempted a mass killing of federal agents. But we hear crickets from the MSM and Democratic leaders. Rep. Ilan Omar refused to even condemn it when repeatedly asked about it. Same with Rep. Ayanna Pressley. Same with AOC.

Sure. They’re radicals. But what about the Democratic candidates for president? Surely, they would express outrage at an attempted terrorist attack by an Antifa member — even one promoted by CNN. Nah. But Joe Biden did challenge Trump to a push-up contest.

Rep. Julian Castro started the weekend calling for the disbanding of ICE. He has not responded to the attempted murder of ICE agents. However, he has found time to decry the president’s tweets and tweet advice to illegal immigrants who ignored U.S. judges’ orders to leave the country.

3 asks as we brace for ICE raids:
1) Share these graphics so vulnerable folks in our communities know their rights.

2) Donate to @RAICESTEXAS if you can.

3) Make sure you’re registered to vote.

We can change this if we work together. pic.twitter.com/MvDja9SKfd

How telling that on a day U.S agents were targeted for death, Castro’s “we” did not include Americans enforcing the law, but does include illegal immigrants ignoring (again) the laws of our country.

The Removing of the American Flag

On Friday, hundreds of protesters at an ICE facility in Aurora, Colorado pulled down the American flag, defaced it, then flew it upside down. They then raised the Mexican flag. According to its Facebook page, the “March to Close Concentration Camps” demanded all detention centers along the U.S.-Mexico border to be closed. They want all the illegal immigrants at those locations be granted entry into the U.S.

Protestors on @ICEgov property just pulled down the American flag and replaced it with the Mexican flag. The group by the doors is growing. Though most protestors are still on the street. pic.twitter.com/X2waaFMEOW

Now flying outside @ICEgov detention center in Aurora – an upside down and dirty American flag, Mexican flag and one with foul language. Protestors still here. pic.twitter.com/eXdnbdBXVi

Todd Starnes put it well: “Taking down the American flag and raising another nation’s flag on American soil is not a peaceful act; it’s an act of war.”

Terror attacks, physical assaults on journalists, assaults on America’s foundation, assaults on our sovereignty. And I’m supposed to weep over tweet directed at radicals at the center of the insurrection?

On Friday, CNN analyst Brian Karem told foreign-born former Trump adviser Sebastian Gorka to “go home” during a Rose Garden confrontation. (Yeah, I missed the media outrage over that too.) But he also called conservatives, “a group of people who are eager for demonic possession.” He is, as Timothy Furnish pointed out today on The Stream, literally demonizing people. (As “The Squad” does figuratively for fame and advantage. Just last week it was Nancy Pelosi who was the racist.)

It’s a short road from demonization to death and destruction. If certain folks are indeed evil and seeking succor from dark powers, then they need to be eliminated. History shows the intolerant Left every bit as capable of wiping out its enemies as the Right — if not more so. Mao killed far more than Hitler ever did. Stalin came in close behind him.

Trump is evil. Conservatives are evil. America itself is evil. Israel is evil. Righteous is any attack, by any means necessary. (It’s how Rep. Ilhan Omar can call Palestinians battling Israel “non-violent” a day after a Hamas senior leader called for the execution of Jews all over the world.)

The media coronation of the Quartet of Contempt, the “mainstream” Democratic silence in the face of increasing violence, the refusal to condemn the replacing and defacing of our flag, and now the tacit approval of a terror attack aimed at the U.S. government, all of this, raises the question:

How much blood must spill before we admit the revolution is already underway?