We don’t know what F.A. Hayek would have said if he had lived during the COVID pandemic. But the crisis is an example of warnings he made many decades ago. 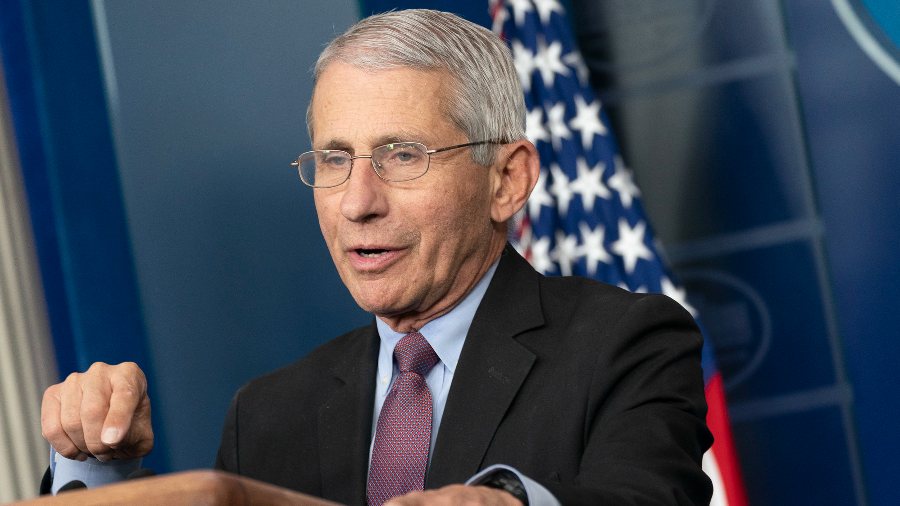 The phrase has become one of the most popular mottos in the popular discourse of our day. Science — with hard facts and without fallacies or errors — has become a knockout argument for any policy discussion. When Science says something, we should immediately end our debate — regardless of whether the point of discussion is the coronavirus, climate change, or some other economic policy.

The Science has spoken.

How far this sentiment extends in our modern societies is apparent if we take the example of President Joe Biden, who — as FEE’s Jon Miltimore noted a few months ago — campaigned in 2020 on phrases such as “listen to the science” or “I believe in science.”

By not indulging in the pretense of scientific knowledge, we would put the individual and his or her freedoms and dignity at the center again.

But as the Nobel Prize-winning economist F.A. Hayek made clear, this supremacy of scientific inquiry is not only misguided, but is in fact also a perversion of what science’s actual purpose is. It is science gone off the rails.

The Marvelous Growth of Science

Undoubtedly, the scientific revolution has brought us many great advances and has been a key driver in the material, technological, and medicinal progress that we have seen not only in the last decades and centuries, but even millennia. We have seen this play out once more in the last year as scientists have independently developed multiple effective vaccines in an incredibly short amount of time. It has been a key driver, too, for accumulating ever more knowledge about the world and the universe we live in.

It would be preposterous to deny this — and it would be equally preposterous if we were to dismiss the work scientists are doing. Scientists are, of course, not infallible — no human is. But science has rightfully played a significant role in our world. More so, Hayek called “the marvelous growth of science” the perhaps “greatest result of this unchaining of individual energies” which we have witnessed since the industrialization.

What Science Can and Cannot Tell Us

And yet, science can never say what could be politically desirable. It can show what is and what would happen under different circumstances. But it can never tell us what we ought to do, what goals we may have in mind, and how we should weigh different trade-offs.

As Hayek saw with dismay, a certain scientific hubris has come into being over the last centuries. Science, we think today, can tell us everything in the world and we should always rationally follow the lessons we receive from “experts.” Science has become an all-encompassing principle, one whose role is practically limitless, and all-powerful. Indeed, Science almost becomes a sort of demi-god (see also President Biden’s call to “believe in science,” as though it were a matter of faith). And since Science is always conducted by man, man — or at least some men — becomes all-powerful and limitless, too.

Putting these all-knowing men in charge of society would be the logical consequence. A government assembled by “experts” — those who already know everything (and if they don’t, they could simply conduct new research on the basis of reason) — would be able to guide our society and economy to perfection.

Overconfidence in Science — in the Social Realm

As Hayek warns in Law, Legislation, and Liberty, it is precisely this overconfidence which has encouraged arguments for technocratic governance; for “the chief reason why modern man has become so unwilling to admit that the constitutional limitations on his knowledge form a permanent barrier to the possibility of a rational construction of the whole of society is his unbounded confidence in the powers of science.” Out of the great success of the sciences has not only arisen “pride” without limits, but even an “abuse and decline of reason” itself.

One of the main reasons for this is the assumption that, simply because the scientific method has been a success in the natural sciences, we could use the same methods in the social world. If we are able to conduct experiments and plan our scientific research to its minutest details, then it would be easy to guide society, the economy, and all its individuals as well.

This Scientism, this ideological and religious deference to science, ignores one crucial point, though: contrary to the natural sciences, society is made up of actual, self-determined human beings whose behavior can’t be predicted or planned like atoms, molecules, or amoebas. It, indeed, ignores the fact that humans have a free will which the natural world doesn’t have.

The social sciences are, as Hayek writes in his most notable critique of Scientism in The Counter-Revolution of Science, “concerned with man’s conscious or reflected action, actions where a person can be said to choose between various courses open to him.” Here, “the situation is essentially different” to the natural world. If we tried to explain it through the latter methods, “we would confine ourselves to less than we know about the situation.” Ironically, despite ever-increasing available scientific data and information, we may even know less about the human person and behavior.

This “false theory of science and of rationality in which reason is abused” should not be underestimated, for it could, and has, led to “outright error” and, indeed, “collectivism.” If politicians — with the help of the “experts” who are engaged in the science — think they always have a “ready-made technique” at hand, “as if one needed only to follow some cooking recipes to solve all social problems,” the opportunities for government action and interventions would be practically limitless.

This has to ring particularly true at a time when health experts have been enabled to build a — hopefully only temporary — COVID authoritarian regime.

AUSTRALIA ON THE LOOKOUT FOR COVID-19 SUPER SPREADERSpic.twitter.com/LjiMhXQQ9n

Science Gone Off the Rails

Indeed, all of our policy world has been built in the last year on the voice of science, on the insights made by epidemiologists, who often, as they themselves would probably admit particularly when it comes to the early stages of the pandemic — were clueless about what was happening. When decisions were to be made on new restrictions or mandates — or whether we could reclaim our ultimately constitutionally guaranteed rights — it was for the “experts” to make the decision. The result has been more than a year of restrictions that none of us could have ever imagined.

We obviously don’t know what Hayek would have said if he had lived during the COVID pandemic. But the crisis is a prime example of the warnings he already made several decades ago when he warned of elevating science beyond its purpose.

One might say, in the end, that Hayek would have probably taken great value in the findings of Dr. Anthony Fauci and all his colleagues around the world. But the decision on what the government does or not should have never been in the hands of these specialized “experts.”

Perhaps, then, by not indulging in the pretense of scientific knowledge, we would put the individual and his or her freedoms and dignity at the center again.

Kai Weiss is a Research Fellow at the Austrian Economics Center and a board member of the Hayek Institute. Originally published on FEE.org. Reprinted with permission.