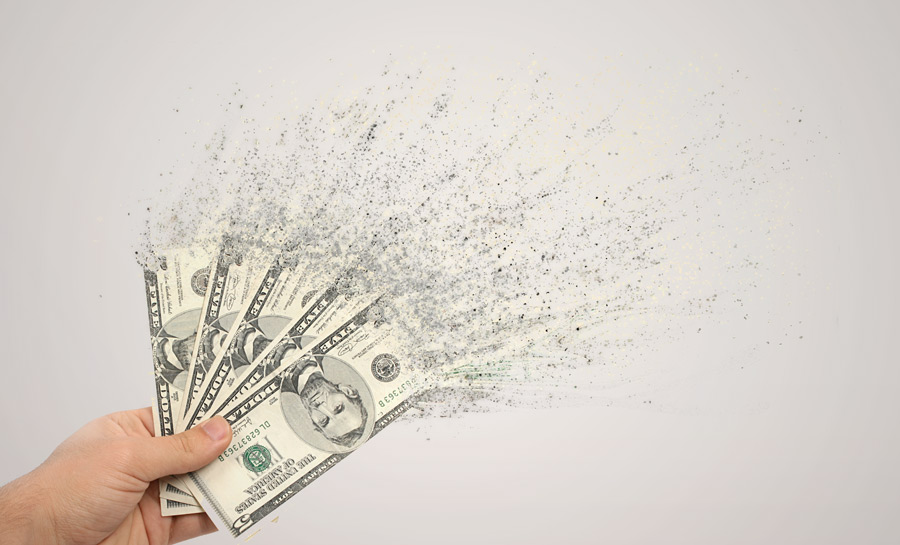 Just in time for next week’s likely House vote on a federal $15 minimum wage, the nonpartisan Congressional Budget Office has come out with a caustic report on the consequences of the policy.

The report confirms what even liberal economists caution: A $15 minimum wage would “risk undesirable and unintended consequences” and lead to a survival-of-the-fittest labor market, where only the highest-skilled workers come out on top.

Democrats are under the illusion that the government can force employers to artificially increase wages with no adverse consequences for American workers. But that’s like saying the government could double families’ mortgage and rent payments without any consequence.

The Congressional Budget Office report estimated that a $15 minimum wage would lead to 1.3 million lost jobs by the year 2025, with job losses rising over time due to compounding negative impacts.

The exact number of job losses is highly uncertain, but the report says losses would most likely range between zero and 3.7 million, with a not-insignificant chance that losses could exceed 3.7 million.

The report makes clear that a $15 minimum wage would disproportionately harm workers with the least education and experience.

A 2011 Heritage Foundation estimate was even bleaker. It estimated a $15 minimum wage would lead to 7 million lost jobs.

Some groups have tried to minimize this part of the picture, focusing instead on the 17 million workers who currently earn below $15 that would receive an income boost. But this simply means that for every 13 workers who would get a wage boost, one worker would lose their job entirely.

Considering that a lost job can mean a family loses its home, not to mention a host of other long-term consequences, that doesn’t seem like a trade-off worth making.

2. It would create a survival-of-the-fittest labor market.

The report makes clear that a $15 minimum wage would disproportionately harm workers with the least education and experience and those with disabilities. These workers would be the first to be let go — or to never be hired in the first place.

Under a $15 minimum wage, only workers who can produce at least $35,000 of value per year would be employable. That’s a high hurdle for anyone who lacks experience, doesn’t have an advanced education, can’t speak English, or has a disability.

The impact on the most marginalized workers would only be compounded over time. Failure to gain entry-level experience makes it harder to get job opportunities and advance down the road.

After all, minimum wage jobs often provide less-advantaged teenagers the opportunity to earn money to attend college or vocational training that they otherwise couldn’t afford.

In multiple instances, the report noted that the consequences of a $15 minimum wage would rise over time. This confirms what economists David Neumark and Olena Nizalova concluded in their study of long-run minimum wage effects:

Evidence suggests that as individuals reach their late 20s, they earn less the longer they were exposed to a higher minimum wage at younger ages, and the adverse longer-run effects are stronger for blacks.

3. It would expedite the pace of automation.

When workers become more expensive to employ, companies have a greater incentive to invest in machinery to eventually replace employees.

With a $15 minimum wage in addition to an Obamacare penalty for failing to provide workers with insurance, plus federally mandated taxes and benefits, the minimum cost of employing a full-time worker would exceed $38,000.

The Congressional Budget Office points out that some employers will respond to that higher cost by replacing low-income workers with machines.

This is already happening in counties like my own that have adopted a $15 minimum wage. My local McDonald’s recently installed four automated cashier machines to reduce the number of workers it needs.

4. It would drive up prices.

In the short run, a $15 minimum wage would reduce business incomes because employers would have to adjust and figure out how to respond to higher wage costs.

As the report noted, a $15 minimum wage “would reduce total real (inflation-adjusted) family income in 2025 by $9 billion.”

Inevitably, most employers affected by higher wages would raise their prices, which in turn would hurt all consumers. The Congressional Budget Office notes that “[o]ver time, as businesses increasingly pass their higher costs on to consumers, the losses in business income diminish and the losses in families’ real income grow.”

A 2017 Heritage Foundation report estimated that a $15 minimum wage would cause prices at fast food restaurants to rise between 24% and 38%.

5. It would shrink the economy, and shrink family incomes.

While many lower-wage workers would receive higher incomes from the $15 minimum wage, the job losses and reduced capital investment would lead to a smaller overall economy by 2025, with the size of the decline compounding over time.

A smaller economy would mean lower overall family incomes. As the report noted, a $15 minimum wage “would reduce total real (inflation-adjusted) family income in 2025 by $9 billion.”

6. It would drive up deficits, inflation and interest rates.

Although it was not the focus of this particular report, the analysis did highlight the Congressional Budget Office’s previous findings of the impact of the $15 minimum wage on the federal budget.

In particular, the more recent report noted that a $15 minimum wage would increase the federal government’s costs for wages, goods and services, which would lead to higher deficits — assuming lawmakers did not cut back on other spending.

Moreover, the report cautioned that “inflationary pressure created as a higher minimum wage was phased in could lead to higher interest rates, which could increase federal interest payments and have other budgetary effects.”

Everyone wants low-wage workers to have higher incomes and more opportunities. That’s why we already have over 90 welfare programs across the federal government, many of which were created with good intentions but are in desperate need of reform to remove barriers to helping recipients get work.

The most effective way to increase incomes and opportunities for all workers is a free market and strong economy.

(This program too is in need of substantial reform, but was specifically designed to encourage those in poverty to work, as work is one of the most important pathways out of poverty).

The most effective way to increase incomes and opportunities for all workers is a free market and strong economy. Over the past year — amid solid economic growth and record-low unemployment — the wages of the bottom 10% of workers increased at twice the rate of the top 10% of workers.

More pro-growth policies — like reducing regulatory burdens on small businesses and workers, free trade and getting the government’s fiscal house in order — would provide widespread wage and job growth. The $15 minimum wage, despite its lofty promises, would only provide limited gains with significant job losses.