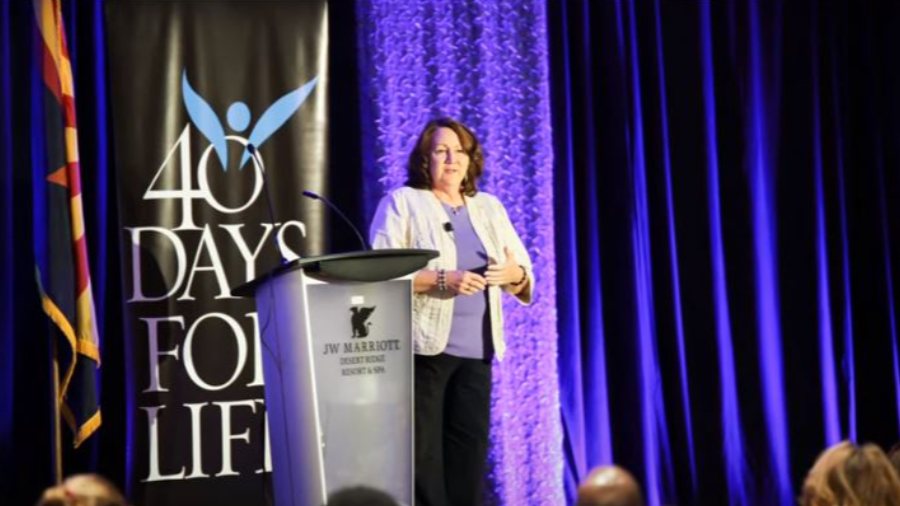 40 Days for Life Outreach Director Sue Thayer passed away Tuesday after a battle with cancer. President and CEO Shawn Carney made the announcement in a video Thursday morning. Thayer was 62 years old.

Thayer was beloved by everyone who worked with her, Carney said. He continued:

She dedicated her life to serving the Lord — and to serving the least of His people. Sue was actively involved in her local pregnancy help center. She lobbied for pro-life public policy in states across the country. And she spoke powerfully in defense of life as an expert on the harms of abortion — harms she had witnessed firsthand.

Sue spent the last three years assisting and supporting local campaign leaders as 40 Days for Life’s Director of Outreach. She was relentless in her dedication, refusing to quit fighting for unborn children and their mothers — even until the last days of her life.

This dedication, warmth, sincerity, and genuine Christian charity made Sue beloved by her colleagues, 40 Days for Life leaders, and all who had the privilege of working alongside her.

Please pray for Thayer’s children as they deal with the loss of their mother.

Watch Carney’s tribute to Thayer and Thayer’s life in her own words: