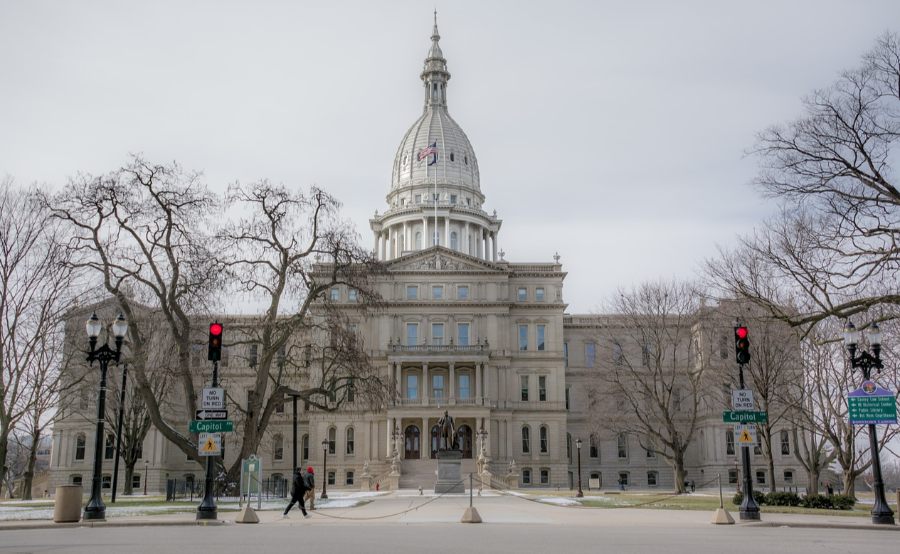 Election workers and observers presented alarming accounts of voter fraud to the Michigan state Senate on Tuesday, with some calling on lawmakers to act and insisting on an audit of the vote in that state.

The Michigan state Senate Oversight Committee held the hearing, which included testimony from a former senator with expertise on data and technology. The witness spoke to the committee under oath about voting by dead people, a truck full of ballots coming into the counting center long after the deadline, and vulnerable voting machines.

The focus was entirely on the TCF Center, the convention center in downtown Detroit formerly known as the Cobo Center, where Wayne County votes were being counted.

Senate Oversight Committee Chairman Ed McBroom, a Republican, suggested there would be future hearings to hear from additional witnesses on the 2020 election.

“The ballots looked like they were all the same Xeroxed copies of the ballot.” — Patty McMurray, a Republican poll challenger at the TCF Center in Detroit

Trump’s lawyers did not testify in the Michigan hearing as they did in Pennsylvania and Arizona.

Litigation also continues in several closely contested states. Major news outlets have projected Biden as the winner, but Trump hasn’t conceded. The Electoral College will make that determination on Dec. 14.

An email from the office of Michigan Senate committee clerks said a written list of witnesses with accurate spellings of names from the Tuesday hearing would not be made public for several days.

Here are four big takeaways from the hearing:

Chris Schornak volunteered with “Guard the Vote” after the balloting. It went through 30,000 of the 172,000 absentee ballots in the city of Detroit.

He said the group found “229 of these 30,000 we went through are deceased.” He added that “2,660 of them [were] invalid addresses described by vacant lots and burnt-down houses.”

“What I can say for sure, and swear to you here today, is that overall, 8.9% of the 30,000 absentee ballots that we’ve gone through and investigated, just in the city of Detroit, were unqualified, fraudulent ballots that should have been spoiled,” Schornak said.

He extrapolated about how the 30,000 sample could reflect on all of the absentee votes cast.

“At the lowest levels, if these percentages carry through, this means of the 172,000 [absentee votes] in the city of Detroit, 1,300 of them could be deceased,” he told the senators. “We are investigating it. And another 15,000 could have fraudulent addresses, described as living on vacant lots or [in] burnt-down houses.”

Former Michigan state Sen. Pat Colbeck, who has a background in information technology and cybersecurity, having worked for the Defense Department, NASA, and other entities, testified that the numbers do not match up to demonstrate Biden clearly won the state — or at least not by the margin as it stands now.

He said voter fraud “doesn’t have to be rampant to be significant.”

“If you have voter fraud in just one of our 83 counties, if that county is Wayne County, you’ve got an issue, because over 800,000 votes were cast in that county,” Colbeck said. “That’s much more than the margin of difference we are talking about in the election for the president.”

With the Dominion Voting Systems, he added, “there is a transmittal of fractional vote data.”

“You guys have done a lot of votes inside the Senate, as I did when I was serving my two terms. I don’t recall any of those vote tallies up on the board having a decimal point. Do you guys?” Colbeck asked his former colleagues.

He also noted from his own observations that the voting machines were connected to the internet — and potentially prone to hacking.

Every one of those tabulator machines was connected to an ethernet cable. That ethernet cable connected to a router. That router connected to all of the other computers in that network, including up to what is called the local data center, which was managing all the returns for 503 precincts in the city of Detroit.

What was further concerning is, I saw an ethernet cable coming from the wall, connecting into one of these routers that was connected to the local data center, which was connected to all the tabulators and adjudicators. That seemed to indicate an outside internet connection.

Dominion has vigorously defended its machines, stating on its website:

According to a Joint Statement by the federal government agency that oversees U.S. election security, the Department of Homeland Security’s Cybersecurity & Infrastructure Security Agency: ‘There is no evidence that any voting system deleted or lost votes, changed votes, or was in any way compromised.’ The government & private sector councils that support this mission called the 2020 election ‘the most secure in American history.’

State Sen. Jeff Irwin, the top Democrat on the committee, objected to his former colleague’s testimony. “All we’ve got here is conjecture and musings by former Sen. Colbeck,” Irwin said.

Still, Colbeck insisted it falls on the Legislature to act and push for an audit of the balloting.

“This is a referendum. There are only two choices for each of you in this context,” Colbeck said. “No. 1, you believe in principled, constitutional governance, and you believe that chain of custody was broken. There is significant evidence of election fraud, or — and I’m not saying this lightly — there is an attempted coup.”

A contractor with Dominion Voting Systems — the controversial voting machine company that prompted questions from Democrats before the election and from Republicans after — alleged fraud throughout the counting location at the TCF Center, according to a woman who says her employer works with Dominion.

Melissa Carone, an information technology and cybersecurity specialist with PDS Staffing, a talent acquisition firm that she said was working with Dominion, asserted a Dominion employee claimed he had been at a storage place called the “Chicago warehouse” after she inquired where he had been.

“So, it’s in Chicago?” she recalled asking the Dominion employee, who she said was named “Samuel.”

“They said, ‘No, Melissa, it’s in Detroit. We call it the Chicago warehouse.’ I said, ‘OK,’ and I just walked away,” Carone continued. “But there was something very secretive that he was doing. There was also, they said, a big data loss.”

For the 27 hours Carone was at the location, she said she didn’t witness a single ballot for Trump and saw ballots counted multiple times.

“What I witnessed at the TCF Center was completely fraud. The whole 27 hours I was there, there were batches of ballots run through the tabulating machines numerous times, being counted eight to 10 times. I watched this with my own eyes.”

4) A Truck Full and Xeroxing of Ballots?

Michigan state Sen. Peter Lucido, the Republican vice chairman of the committee, asked another witness identified as Michael Dubio what time he saw a truck carrying ballots come into the center.

“In the afternoon?” Lucido asked.

“They were in mail sleeves, you said. Did anybody have any earmarkings of who they were, carrying these ballots?” Lucido asked. “Were they carrying them? Were they on a dolly?”

“They were on a dolly,” Dubio answered. “Do I know who they were? Absolutely not.”

State Sen. Sylvia Santana, a Democrat, was skeptical about the witness.

“Was there any particular reason you didn’t ask for a supervisor to question the ballots coming in on a dolly?” Santana asked.

Dubio said, “I didn’t think I needed to, because the lead counsel that was supposed to be there was taking tally, and I was standing right next to him.

Patty McMurray, a Republican poll challenger at the TCF Center in Detroit, claimed she saw copies of ballots being made to increase Biden’s vote total.

“They were all for Biden across the board. There wasn’t a single Trump vote. None of the voters are registered,” McMurray said.

She said election workers entered names and addresses with phony birthdates that she said “would override the system and allow them to enter nonregistered voters.”

“Throughout the day, that’s how they would override voters that were neither in the electronic poll book or the supplemental, updated poll book,” McMurray said.