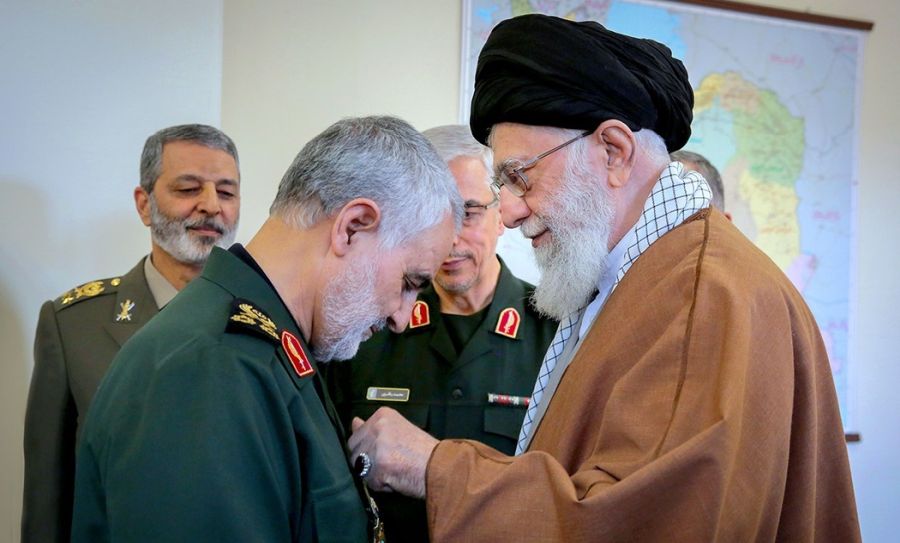 Ukraine isn’t the only foreign policy crisis the U.S. is facing.

After months of negotiations, the Biden administration may be on the verge of restoring the Joint Comprehensive Plan of Action (aka the Iran nuclear deal), with no chance of replacing it with a “longer and stronger” deal, as the administration promised.

Doing so is a really bad idea.

The 2015 Obama-era agreement with the Iranian regime is seriously flawed, and returning to it will — at best — only postpone, but not end, Tehran’s potential nuclear threat to the U.S., its allies, and partners, including Israel.

The Trump White House rightfully left the agreement in 2018 due to its many serious shortcomings, but we apparently need to remind ourselves — and the Biden administration — of those flaws once again before the die is cast.

1) Sunset Provisions: The Joint Comprehensive Plan of Action didn’t end Tehran’s nuclear program. It only slowed it down. The pact was more of a speed bump than a stop sign.

A striking example is that most major restrictions on uranium enrichment — the key process used in making a weapon — begin to “sunset,” or expire, after 2025 and permit Tehran to expand enrichment to an industrial scale after 2030.

That essentially means that under the deal, Iran would eventually be free to produce more bomb-making material more quickly, which would facilitate a nuclear breakout or “sneakout.”

2) Ballistic Missiles: The Iran nuclear deal also didn’t capture Tehran’s determined development of ballistic missiles — which are, by the way, a perfect delivery vehicle for a nuclear weapon.

Tehran currently has the largest ballistic missile arsenal in the Middle East, and its so-called civilian space program, which could support the building of intercontinental-range military missiles capable of reaching the U.S, is very active.

On top of that, Tehran has put its military bases off-limits to inspections, which clearly improves Iran’s ability to hide any nuclear work that violates the agreement.

Considering Iran’s record of denial and deception on nuclear matters over the years, this is deeply unsettling — and no way to verify Iran’s compliance with the deal.

4) Possible Military Dimensions: As part of the nuclear deal, Iran was supposed to reveal to the International Atomic Energy Agency all military aspects of its earlier nuclear weapons work in order to facilitate oversight of the pact.

Not surprisingly, Tehran hasn’t cooperated on this issue.

Of course, thanks to Israel’s exfiltration of secret Iranian nuclear documents from Tehran, we now know Iran planned to build five nuclear weapons for delivery by ballistic missile.

So, it’s clear that Iran must be transparent on this issue.

Indeed, why should we believe that Iran’s atomic aspirations have changed one iota, considering its ongoing anti-American, anti-Israeli views and its desire for hegemony over its Arab neighbors in the Middle East?

Though not part of the Joint Comprehensive Plan of Action, one misguided expectation of the Obama administration was that the nuclear agreement would moderate Iran’s belligerent behavior by reducing its international isolation — and increasing its international engagement.

Unfortunately, permanently lifting punitive economic sanctions on Iran under the Joint Comprehensive Plan of Action in exchange for short-term restrictions on Iran’s uranium-enrichment program will put money in the regime’s pockets that it will undoubtedly use for troubling purposes, as it did following the 2015 nuclear deal.

The Biden administration talked of a “longer and stronger” deal as the goal of its talks with Iran — a deal that would strengthen restrictions on Iran’s bomb-making enrichment and ballistic missile capabilities, lengthen the agreement, and tighten verification.

At this point, it doesn’t look like that will happen.

Considering the regime’s ambitions and behavior, preventing Iran from getting a nuclear weapon is a national security imperative. Team Biden’s failure to seize this historic opportunity to diplomatically redress the shortcomings of the original deal could make a nuclear Iran inevitable.

Peter Brookes is a senior research fellow, focusing on weapons of mass destruction and counter proliferation, in the Davis Institute for National Security and Foreign Policy at The Heritage Foundation. Follow him at @Brookes_Peter

James Phillips is the senior research fellow for Middle Eastern affairs at the Douglas and Sarah Allison Center for Foreign Policy Studies at The Heritage Foundation. He has written extensively on Middle Eastern issues and international terrorism since 1978. Read his research.

Must-Read, and Not Just For You, but For Everyone in the Biden White House