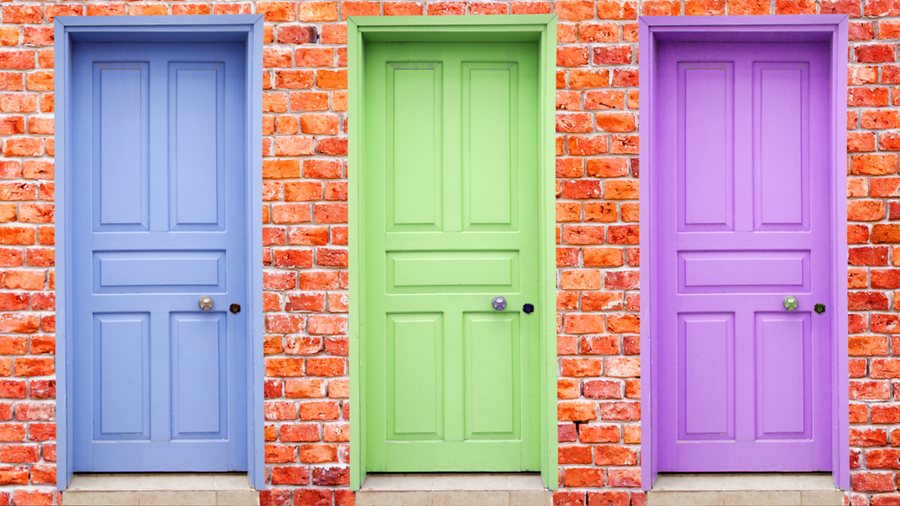 Last week, USA Today reported that in a few decades, Christianity will no longer be the majority religion in America. Citing data from a recent Pew study, the newspaper reported that Christians could fall below 50% of the U.S. in the next 30 years. More alarmingly, the percentage of Americans with no religious affiliation — those the pollsters call “nones” — could rise to near 50% by 2070.

The data is sobering, but the reality behind it is what truly concerns me. Both numbers point to a culture that will fall even deeper into discouragement, disappointment and hopelessness with fewer and fewer places and people to turn to in their search for answers to the questions that torment them.

A college student who was coming to the realization that the things he had been getting away with for years led him down a path that he was not pleased with, Mitchell was awakening to the reality that he was a thief, a cheater and someone who used people. When he found himself alone because of another failed relationship, he began to examine his life and that is when he realized he didn’t like who he was.

That is when he reached out to one of our online volunteers (Cindy) at Groundwire, the ministry I founded, and engaged in a conversation that pointed him toward Jesus.

After listening to his recent history and his internal disgust, she shared, “Someone once said that you can know the truth and the truth can set you free.” She followed it up with the question, “Do you know who said that?”

Mitchell did not. And, when Cindy told him it was Jesus who said it, the conversation helped him understand that God loved him, had a plan for him, and made a way so he could spend eternity with Him. Mitchell placed his trust in Jesus that day. He was not looking for spiritual answers, but he found them when someone helped him connect the dots.

Those kinds of conversations are our greatest hope to avoiding the bleak future predicted by USA Today.

In our ministry to Millennials and Gen Zs that need Jesus but don’t know it, we have found a few tools that help to redirect the conversation. When these doors begin to open, the opportunities to introduce Jesus present themselves. With these tools, you can become part of the solution that turns the tide of the Pew data.

Door #1: Self-Loathing. Mitchell didn’t like who he was. At some point his consistent poor decisions, lying and game playing got the best of him. But that is what opened him up to a meaningful conversation.

There are meaningful teachable moments in our lives and they start when we are introspective. Those moments are more prevalent when life highlights our imperfections. When those opportunities arise in conversation, remind them that they can take steps with Jesus to become the person He created them to be.

Door #2: Misunderstanding of God. I am not suggesting this as a theological test. What I am suggesting is that many young people believe that God is not loveable, that He is not near, or that He doesn’t care. When you see that represented in a comment, on a social media post, or in an attitude, step in and remind them that they are loved, He is near, and He wants the best for them.

Door #3: Hopelessness. When someone feels stuck and hope is gone, they are searching for anything that can help them understand that things can get better, circumstances can change, and life can be enjoyable again.

Kat was only 15 but felt the struggles in her young life would define her and hold her hostage forever. She needed to know that God was calling her forward and paving a way. She leaned in when the volunteer shared that the best way to move forward was to follow the One who knew the way. This led to an introduction to Jesus who paid the price so she could have a relationship with her Creator.

Young people are not waking up these days asking spiritual questions. They are asking survival questions. They need Jesus but don’t know it and definitely don’t know how to ask for His help. If those of us who love Jesus and want people to know Him as we do will keep our eyes open, we can see opportunities, but we have to walk through the right doors to have these meaningful conversations.

The doors that are labeled “Theological Discussions” aren’t opened as often nor as helpful as the ones labeled, “Pain Points and Crisis Moments.” Those doors might not start out as theological discussions but can quickly become meaningful spiritual discussions about all Jesus did for that person standing in front of you.

Sean Dunn is founder and president of Groundwire, a global ministry with the mission to lead every youth and young adult into a personal relationship with Jesus by leveraging current media channels to connect with them wherever they are. The group led more than 114,000 to Christ in 2020 and has seen more than 333,000 salvations this year. For more information, visit www.groundwire.net.