Exclusive: Inside Edition Correspondent Talks About Being a Career Woman and Living Out Her Faith in the Spotlight

A woman who wants to be successful in her career doesn't have to hide her faith. 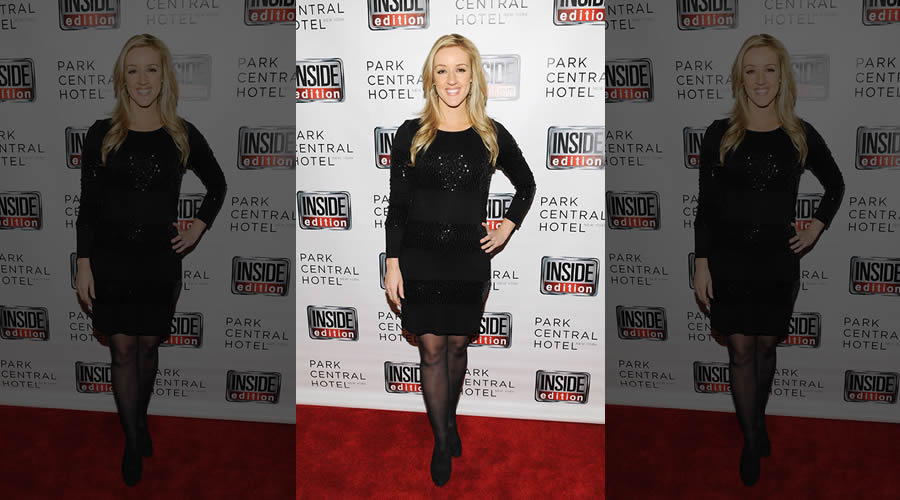 Journalist Megan Alexander attends a celebration of 25 Years of Inside Edition at Park Central New York on October 29, 2013 in New York City.

On Tuesday, August 28, LIFE Today will host Megan Alexander. Alexander is a national news correspondent, host emcee, speaker, actress and producer — and mom to two small children. She is a correspondent on the national news magazine show Inside Edition. The Stream’s Nancy Flory recently sat down with Alexander to talk about her new book, Faith in the Spotlight: Thriving in Your Career While Staying True to Your Beliefs. She discusses how she became a career woman, the importance of mentoring, being a mom and living out her faith in the spotlight.

“I think God gives us this great, big, bold, beautiful life and wants us to go for it.” Megan Alexander is talking about today’s career woman.

At 35, Alexander has accomplished more in her career than most. She admits she and her sister had great cheerleaders in her parents, but particularly her father. “I had a dad who was like, ‘You girls can do anything.’ To have a strong Christian role model say that and believe in you is huge.”

The foundation of faith her parents instilled in her was key. “I think in my life, the way I was able to stay on the straight and narrow and stick with the Lord and follow the Lord is that … I was too busy chasing my career to chase boys. I had people who said, ‘go for it, you’ve got a lot to accomplish in this world.'”

She didn’t get sidetracked, she says. “I love the quote from Melissa Marchonna who works for the Jets. She said, ‘Let’s stop encouraging our girls to fit in the glass slipper and encourage them more to break the glass ceiling.’ I love that!”

The Importance of Mentors

Her parents weren’t the only ones who spoke positively into her life. Alexander believes that having mentors and mentoring is incredibly important. “We need those people who have gone before us, who can guide us and encourage us and give us wisdom.” She’s had people who were willing to work with her to help her along the way, whether it was a pastor or his wife, neighbor, friend, or even an author she admired.

At the same time, Alexander said, we must give back to the next generation. “Proverbs 13:22 says, ‘A good person leaves an inheritance for their children’s children.’ I realized, ‘Okay, what I do right now is setting the stage, not just for my future daughter but my future granddaughter.’ That is huge. That is quite a responsibility.” She suggests that women give back to girls in ways such as job shadowing, taking them to dinner, and checking in with a youth group.

Today’s woman must take risks if she is to succeed. “I would not be where I am today if I hadn’t stepped out in faith so many times when people weren’t necessarily encouraging.”

Her field, entertainment, is particularly difficult in terms of stepping out in faith. “I think Christians gave up too soon on the entertainment industry … and sat back and complained and said, ‘What happened to culture? Culture’s running amok.’ And my personal belief is if you want to change culture you have to engage directly with culture. Even if it’s scary, take some risks to get in there and take your seat at the table.” If it’s meant to be, God will be there every step of the way.

Alexander has made sacrifices along the way to have a high-profile career while being a mom to two small children. She doesn’t have the key to balancing the two. “I don’t know the key. I don’t think anyone does. Throw that idea of balance out the window. It will only make you feel inadequate and guilty and insufficient.”

It’s important to have a teammate — for Alexander, that’s her very supportive husband. She describes her situation as a bit of a flip-flop. “I travel all the time for work. We feel it’s what God’s called us to do as a family. He stays home a little bit more.” But she stresses that families must seek wise counsel, to gather people in a similar situation around them who can encourage them. “At the end of the day, it’s getting with the Lord, making sure that this is what God wants you to do and then constantly check in with each other.”

Faith on the Job

Living out her faith while on the job in entertainment isn’t always easy. But for Alexander, it’s how she lives her life. She encourages other women to do the same. “You don’t have to have it all figured out.”

“How am I going to succeed in this career and have it all together and know when to talk about my faith?” she asks. “Just begin. I think sometimes we’re just too fearful to even begin. And again, I think that speaks back to culture and entertainment that not enough Christians got in there to just take a seat at the table in the first place.”

It’s incredibly important for a woman to know her worth, both as a career woman and as a child of God. “God tells us that we’re wonderfully and fearfully made. …I just think it’s huge for not only your self esteem and your self-worth in terms of who you are, but being a role model for the next generation of women, holding your own.

“They can see a strong woman who holds [her] own in life, confident that [she] can be a strong working woman of faith too. Being a strong Christian or strong believer isn’t in some way weak in the business world. You can still be very strong and hang with the best of them.”

Why Apple is Shaking in Its Boots