"Transgender" ideology is taking over the public school system with blinding speed. 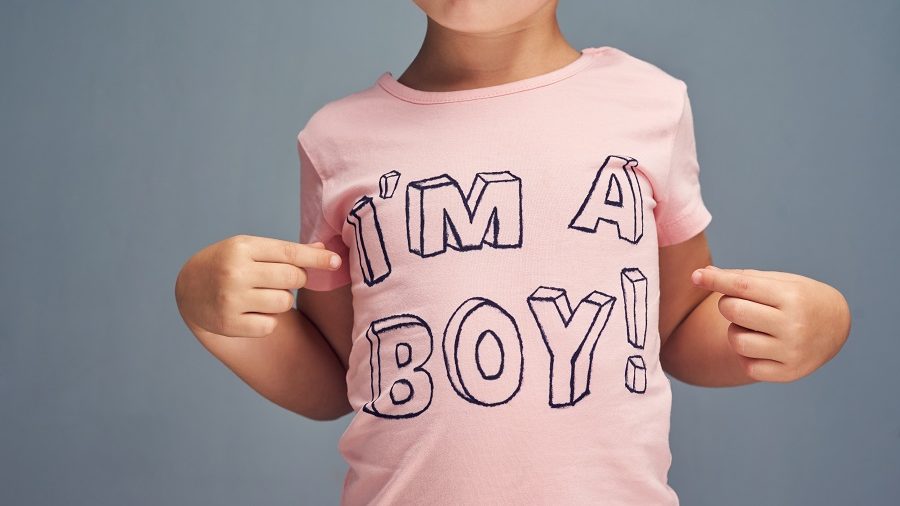 Our children are the primary targets of the inhuman sexual devolution presently overtaking the country. We can’t afford to pretend otherwise.

We must also disabuse ourselves of the fantasy that we can happily coexist with this new Gnosticism. We cannot.

Let’s also realize that affirming the truth of the human person is not hateful, intolerant or oppressive in any way. Insisting on sanity is not unloving.

“Transgender” ideology is taking over the public school system with blinding speed. Even kindergartners must be indoctrinated. In Minnesota, a new “toolkit” is being issued for all teachers in all grades, K – 12.

Teachers can no longer call the kids boys or girls, but only “students” or “scholars.” They are instructed to ask each child what pronoun the child prefers.

The toolkit attempts to ‘ensure a safe and supportive transition’ for children becoming a different gender at school.

See that? It’s settled now. Children can become a different gender. Children — who can barely ride a bike, who may still need help tying their shoes, who generally aren’t allowed to make their own meal choices — can now decide to “become” the opposite gender. And everyone around them must encourage them in that “becoming.”

Are you really a boy, or are you a girl in a boy’s body? Do you want to stay a boy, or would you like to become a girl? Would you rather be no gender at all?

No one is permitted anymore to bring the child back to reality.

What responsible adult would have agreed to this abusive indoctrination 5 or even 3 years ago?

The Minnesota Department of Education encourages parents to have ‘acceptance and support of their child’s gender identity’ if they want their child to perform well at school.

Got that, Mom and Dad? Don’t anchor your child in biological reality. Placate the delusion that Johnny can “become” a girl or Johnny won’t do well in school. Johnny and Jane must be encouraged to construct their lives based only on feelings.

Is It Really That Bad?

The latency period of our children is now being utterly wiped out by a tyrannical sexual agenda that permits no dissent or even neutrality.

This is critical, so stop and ponder that for a moment. The very healthy, very normal latency period of childhood is being deliberately wiped out for the sake of an irrational, scientifically-unsound, and genuinely inhuman sexual ideology.

This mad and insatiable agenda will not allow children to be children. They certainly cannot have sane ideas of male and female and the purpose of sexuality. They must be made to question their own identity and doubt their own bodies before they’ve even learned how babies are made.

They must become good little soldiers in the mission to dehumanize human beings.

And suppose a young lady is brave enough to object to having to shower with a boy in her locker room? Her “intolerance” will be dealt with:

The department suggests that school officials should segregate students who feel uncomfortable by a biological boy who identifies as a girl joining the girls’ locker room.

We can single-out the “objecting” student and segregate them. That’s acceptable. The girl who has a healthy and appropriate objection to sharing a restroom or locker room with a boy is the one who has a problem now. She will no doubt be stigmatized as an intolerant, hateful bigot.

So yes, it really is that bad.

So What Are We Going To Do About It?

Our culture is in big trouble, that’s for sure. Our only hope is repentance and conversion.

There is no making nice with this sexual devolution. Let’s settle that here and now. There will be no peaceful coexistence. And it shouldn’t be because the deceived advocates of this ideology won’t allow it. It should be because we — the Body of Christ — will not surrender our children to madness.

P.S. If you still think this might be Chicken Little-ish, consider the rapidly rising percentage of teens who now “identify” as “trans” or gender non-conforming. It’s a real safe bet that in 5 years, that percentage will have doubled or more. Our children are being gravely harmed by this madness.

* Ryan Anderson, author of When Harry Became Sally: Responding to the Transgender Moment

Transgenderism: The Fastest-Growing Insanity the World Has Ever Seen