Promoting Islam in Our Schools 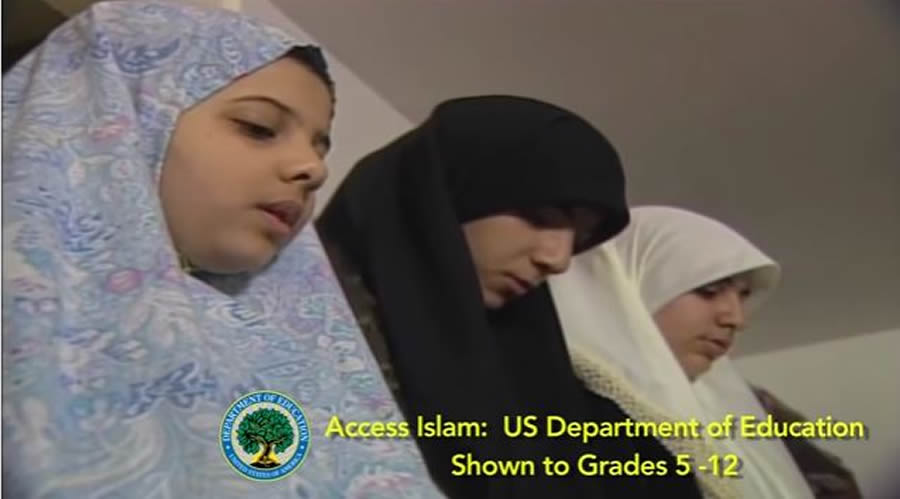 Memorizing the Islamic conversion prayer. Reciting the Five Pillars of Islam. Affirming that Christians are not as strong in their faith as Muslims. Several school districts across the nation are requiring their students to study Islam. And parents aren’t happy about it.

A 1963 Supreme Court decision allows for historical instruction about religions. But it seems that Islam is the only religion that is okay to promote. Some parents believe the Islamic teaching has gone too far. And now there’s a lawsuit.

The Court Opens the Door

The Supreme Court in Abington v. Schempp ruled that organized religious events violated the First Amendment. Schools could not require Bible reading or praying in class. But they could offer courses on the Bible or religion as a secular subject. The Court said that “education is not complete without a study of comparative religion or the history of religion and its relationship to the advancement of civilization.”

Those who know Abington know it as the case that kicked Bible reading out of public education. But it left the door open for a historical study of the Christianity — or any other religion. Now the study of Islam is making its way into the school systems nationwide.

Islamic teaching in public schools has alarmed several parents. They believe it has crossed the line from a historical study to indoctrination. They believe that school districts are promoting Islam over other religions.

The Problem with Teaching Islam

A La Plata, California, High School parent brought a lawsuit against the school. John Kevin Wood and his wife said that his daughter’s school required her to complete assignments that endorsed Islam.

Wood said his daughter’s school forced her to write statements that offended and denied her Christian beliefs. When she refused to complete the assignments, she received failing grades. Her teacher sent her to the school library away from her classmates. As a result, she felt ostracized because of her Christian beliefs.

Wood contacted the school and asked for alternative assignments. The school’s principal refused. Wood informed the principal that he would contact an attorney and the media. The school then reportedly responded by obtaining a restraining order against Wood. He could no longer pick up his daughter on school property or attend parent-teacher meetings.

It Happens in Other Schools Too

It happens in other schools, too. Parents across the country have complained that their child’s school required them to:

Parents of students at several schools complain that teachers do not teach non-Muslim religions. And that is the crux of the issue for many parents.

The Ten Commandments would never be a lesson requirement, said one New Jersey mom. “If Islam is taught, teach Christianity, too. [My son] couldn’t even put a Bible verse in his presentation that was student-initiated. So they’re not only teaching Islam, but they’re not allowing students to be free in expressing their [Christian] religious beliefs.”

Many school districts indoctrinate students in Islam, said Thomas More Law Center President Richard Thompson. “This is happening in public schools across the country. And [parents] must take action to stop it.”

The Establishment Clause prohibits the government from establishing a religion. The Supreme Court decided in Lemon v. Kurtzman (1971) that a three-part test would govern what constitutes “establishment of a religion.”  Under the “Lemon test,” government can make laws or policy about religion if the reason for the law is secular, it neither promotes nor inhibits religion, and it doesn’t excessively entangle church and state.

Teaching about Islam in schools may not seem at first glance to be a problem. But the law is clear that the government may not adhere to, promote or inhibit a particular religion. This includes public school districts. Teaching Islam as a secular subject along with other religions equally is lawful. When the teaching of Islam promotes the religion above others, that is against the law. This is found in the Establishment Clause of our First Amendment.

The First Amendment Center at Vanderbilt University stated these lessons can go too far. In particular, some “hands-on” activities border on unconstitutional endorsement of religion. They added, “Would any of these schools dream of acting out the Catholic Mass or inviting a Protestant minister to give a sermon in the gym?”

Even if school districts have good intentions, they can still cross the line, the Center noted. “However well-intentioned, including religions and cultures by violating the Constitution doesn’t help anyone. … All of us have an important stake in making sure that First Amendment principles are applied fairly and justly to each and every individual and group in the United States.”