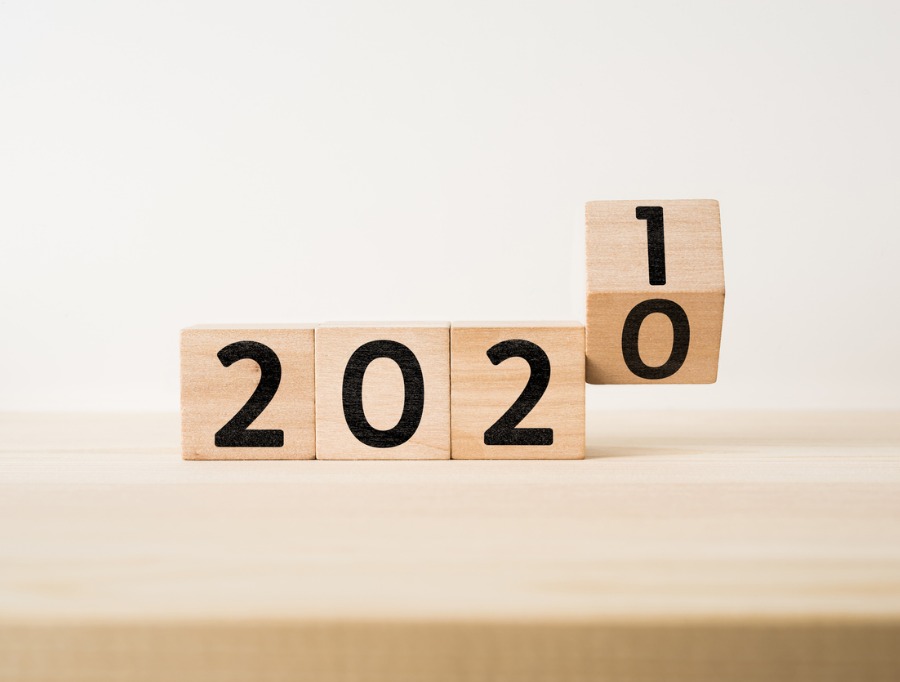 2020 ends with the nation teeter-tottering on the brink. The Resistance made the previous four years a headache, and did everything legal and illegal to regain power in 2020. Will it accept the clear results of the election? Will the blow-up of the Spygate scandal, arrest of several major Obama Administration officials and the potential indictment of Barack Obama himself, lead to even further violence?

We can only pray justice and peace will prevail.

2020 saw the re-election of President Donald J. Trump. By a landslide. “YUUUUGE,” as the president said. Trump-Pence not only captured 350 electoral votes, but rang up a massive win in the popular vote against Warren-Buttigieg as well. Running with a booming economy, a public fed up with the Democrats after the failed impeachments, and a demoralized Democratic base, Trump could have cruised to victory. However, he was hellbent on running up the score. Embarrass the Democrats. Shut up any further talk of “Illegitimate President.”

The Big Bad Orange Man seemed to be everywhere before the election. That included urban areas and blue states. And popping up at several of Kanye West’s Sunday Services. The sweat was awarded. He kept the Evangelicals, of course.

He gained 41% of the Hispanic vote and a stunning 47% of the African American vote, including 51% of those under 30. The election marked a “generational shift” in black voting patterns. Some pundits called it “The Candace Owens Effect.” Others, “Operation Kanye.” Those gains might put the Democrats out of power for years. “A party can’t win just with college towns and soccer moms,” one veteran politico said.

Trump also campaigned endlessly for House seats. The GOP won back the 30 Trump districts lost to Democrats in 2018 and then some. The House is theirs again. Speaker Nancy Pelosi immediately announced her retirement.

The third impeachment drive fizzled when Alexandria Ocasio-Cortez lost her Democratic primary race to pastor and NYC Councilman Fernando Cabrera. Knowing AOC wouldn’t be around to dictate House policy, Pelosi returned to her senses on impeachment. Said Pelosi, “I pray for AOC every day.” Cameras caught the snicker.

The Squad had already suffered a serious blow. Rep. Ilhan Omar was charged with several federal offenses stemming from her fake marriage to her brother … and for funneling campaign funds to her boyfriend.

The Year in the Donald

Donald Trump continued to dominate every news cycle in 2020. And entertainment cycle. Two more assassination-themed movies were loudly condemned by conservative media, critically acclaimed by liberal media … and ignored by movie fans. Things took a more serious turn with the foiling of three assassination attempts during campaign appearances. The closest call: A security guard with ties to Antifa opened fire at a campaign stop in Michigan mere yards from the president. Several Trump supporters were injured, most seriously the retired Marine who spotted the gun and jumped the would-be assassin.

Speaking of Twitter, Trump’s tweets lost some of their bite. Where once he had issued angry insults, he now expressed bemusement. In fact, by fall, several liberal pundits were wondering, critically, “Has Trump Gone Soft?” The new meme on Trump was that he had lost a step. The assassination attempts shook him and he didn’t have the stomach to fight anymore. “A Weakened Trump” was the Washington Post headline.

Elizabeth Warren found out the hard way that this was not true.

Meanwhile, America was a bit perplexed when Nancy Pelosi and President Trump have a festive time of it at the signing of USMCA at the White House.

And who can forget the State of the Union last January? President Trump kept things positive, touting the accomplishments of his administration. However, he could not resist the opportunity to stand in the House Chamber and mock House Democrats for their pitiful impeachment effort. His impersonation of Adam Schiff and Schiff’s fictional rendition of the Ukrainian phone call will stand as one of the most shocking — and hilarious — moments in SOTU history. Nancy Pelosi’s efforts to stifle a laugh went viral.

Nobody was laughing when indictments began to fall in the John Durham investigation into the origins of the Russia probe. Justice finally began being served on Obama Administration figures who spied on then-candidate Trump and then attempted to sabotage his presidency.

No indictments have been announced, but sources close to the case suggest Page has implicated “top” officials. Is President Obama one of them? After all, as Page had texted, “POTUS wants to know everything we are doing.” Whispers around Washington suggest McCabe is set to cut a deal with Durham. No surprise there. He had promised, “If I go down, I’m burning the whole thing down with me.”

What was not expected was the breadth of the indictments. Durham revealed that the spying on Republicans did not start with the targeting of candidate Trump. Beginning in 2013, the Obama team was abusing the FISA process for political purposes. They used contractors, including Fusion GPS, to mine data from the NSA to garner intelligence on Republican leaders and figures. What’s more, Democrats who challenged Obama policies, such as then-congressman Dennis Kucinich, were also targeted.

The program was halted by then-NSA director Mike Rogers in April 2016. This is when John Brennan accelerated a Plan B. A black op against Trump. Frame Trump campaign officials as Russian agents — then team with media allies to create the Trump-Russia collusion narrative — in order to cover up the spying that had already been taking place.

Brennan’s enlistment of intelligence agents from Five Eyes countries as England and Australia led to some very public apologies from the new leaders of those countries. The frame-up effort, utilizing the Steele Dossier and spook Stefan Halper, involved top level figures from the State and Defense Departments.

The Durham indictments also revealed the scheme included the illicit unmasking of Americans during the 2016 election. Cabinet level officials such as former National Security Adviser Susan Rice and former UN Ambassador Samantha Power were implicated, and remain under criminal investigation.

Brennan, Comey and Rod Rosenstein’s efforts to place informants inside the Trump White House were also exposed. (The so-called Whistleblower blew the whistle on Brennan — and Joe Biden — to save his own hide.)

But was President Obama involved? Certainly he was surrounded by people who were. By year’s end Obama officials indicted, implicated or named as unindicted co-conspirators include his FBI Director James Comey, CIA Director John Brennan, Director of National Intelligence James Clapper, National Security Adviser Rice, UN Ambassador Power and Attorney General Loretta Lynch. Also facing legal trouble are a host of deputies at FBI and Justice, plus political appointees at the State Department and Department of Defense.

All top people who answered to one person: Barack Obama.

As Attorney General William Barr said, in typically understated fashion, “It strains credulity to think all these people around him were acting in this manner without him at least knowing about it. But we’ll see.”

2021 will see President Trump standing again on the steps of the Capitol. And President Obama sitting in the hot seat.