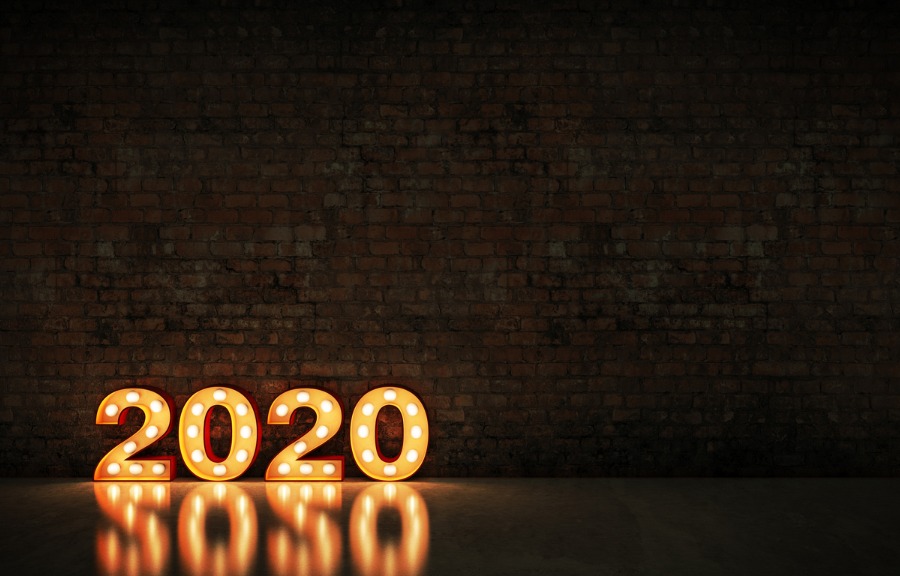 A look back at the year 2020 in sports and entertainment. In advance.

In a shocking development, the entertainment industry in 2020 showed signs of actually getting interested in entertaining people again.

Consider Saturday Night Live. The NBC sketch comedy show dialed down its Trump Derangement in the new TV season, poking both sides with (almost) equal humor. Even Alec Baldwin pulled back his malice and began depicting Trump in a less mean-spirited way. Baldwin earned his fourth career Emmy Award. He even earned a positive tweet from the president.

Trump himself popped up on SNL. In October, a week after an appearance by Elizabeth Warren, the president made a surprise cameo. During the opening sketch, SNL cut to the “Oval Office.” Yet instead of Baldwin, there was Trump. The audience reacted with shock, screams and not a few boos. Trump unleashed his inner ham, nailing several funny lines, before shouting the immortal “Live from New York, It’s Saturday Night!” Later in the show, Trump joined “Weekend Update.” Keeping it light, Trump talked his earlier SNL appearances over the years. And told Weekend Update anchor Colin Jost, “You’re no Dennis Miller.”

Then Trump made a campaign promise: Regardless of the outcome of the election, he would return to once again host SNL at some point in 2021.

The home release of Cats sparks the year’s oddest party trend: Cats viewing parties where guests wear whiskers, sing along to the songs and mockingly mimic the action. The magnitude of the movie’s awfulness is turning the film into a cult classic.

Hollywood as a whole continued to see a steady decline in movie ticket sales. However, Christmas 2020 saw the first trailer for The Passion of the Christ: Resurrection. Judging from audience reaction and early buzz, the movie industry could itself be resurrected in 2021 by Mel Gibson’s sequel to his classic film.

Speaking of Christmas, Hallmark did a number on its holiday magic.

Hallmark in 2019 had announced it was seeking LGBT-approved scripts. In November, the cable network aired its first “Countdown to Christmas” movie featuring an LGBT plotline. In A Hero’s Christmas, a military vet whose domestic partner had been killed in Afghanistan rediscovers love and joy when she meets a beautiful contractor hoping to restore an old orphanage in time for Christmas.

The movie was good enough (as Hallmark movies go) to earn a few good sniffles. However, let’s just say the movie was not a ratings bonanza. In fact, Hallmark Channel’s ratings overall were down 17% from 2019. TV critics blame “Christmas movie saturation,” not the LGBT themed film. (Or the gay-themed commercials that now run regularly on the channel.) Still, Hallmark’s ratings were high enough to smash CNN to smithereens and be basic cable’s number one network in the fall.

Most of all, Hallmark and its sister channels continued to demonstrate the thirst for quality, hope-filled programming.

On the subject of the miraculous …

Somehow the aging Tom Brady found a way to beat Lamar Jackson and the Baltimore Ravens in the AFC Championship game. However, the Patriots lost to the New Orleans Saints 47-23 in Super Bowl LIV. During the spring, Brady announced he was going to the Chargers to finish out his career. Watching Tom Brady in a Chargers jersey seems as bizarre as seeing Shaquille O’Neal in a tutu.

Colin Kaepernick continued making millions off of his anti-American stance. He also admitted in a candid interview he’s had zero intent on rejoining the NFL since 2017. “But I enjoyed watching those white NFL executives squirm.”

Not so enjoyable was seeing politics continue to interfere with the enjoyment of sports. Well, there was one unforgettable moment …

The 2020 Olympics in Toyko gave the world two amazing weeks to celebrate sports together as one. And marvel at the wonder that is American gymnast Simone Biles. Simone repeats as individual all-around gold medalist. But it’s her gravity-defying floor routine that has viewers the world over hitting their rewind button. Like Michael Jackson’s Moonwalk, people were left gasping, “Did I just see what I thought I saw? I couldn’t have just seen what I thought I saw.”

A similar sentiment was echoed later in the games, when both President Trump and North Korean leader Kim Jong-Un turned up for the closing ceremonies. The two shared a box with Japan’s Prime Minister Shinzo Abe. They also shared the news that the U.S. and North Korea would sign a treaty formally ending the Korean War. After 70 years, the Korean War was officially over.

And those who like peace were doing back flips even Simone Biles would envy.