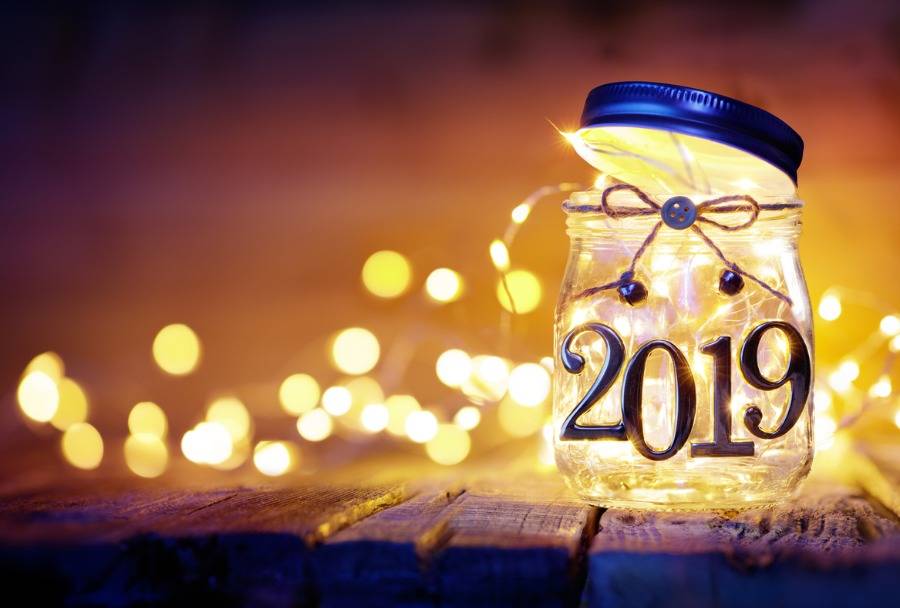 As the calendar turns from 2019 to 2020, I think we can all agree on one thing: Somehow we made it through.

Yes, we had good. We had bad. And we sure had a lot of ugly.

In January, Democrats took over the House with one intent and one intent only: Destroy Trump and anyone connected to Trump. While they wouldn’t lift a finger to deal with real issues, the House launched dozens, nay, scores of investigations into Donald Trump, his family, his associates, administration officials, administration staffers. The only reason they didn’t subpoena Trump’s dog is because he didn’t have one. There was even talk of holding a seance to bring Trump’s old man back just to testify on how he helped Trump avoid the draft.

The same people who couldn’t be bothered about Hillary lying about arming Islamists in Libya or Obama’s DOJ/FBI/CIA working to sabotage the duly elected President of the United States, were suddenly obsessed with discovering whether Ivanka once went to a hair salon staffed by a stylist who spoke Russian. (Actually, the investigations were into her now-shut down clothing line.)

Ivanka could take care of herself. However, countless young staffers forced to hire lawyers were bankrupted. But that was the point.

Like the harassment of cabinet members that continued unabated in 2019, brutalization was the “Resistance’s” bread and butter. In August, a young African-American man in a MAGA hat was beaten with pipes by Antifa forces, left paralyzed and comatose. The laughter in the viral video of the assault sickened right thinking viewers. However, echoing Jim Crow appeasers who years ago said the Selma marchers should have known better, MSM spinsters blamed the victim. Wearing the hat, they said, instigated the attack.

Robert Mueller waited until after the Democrats had the House to release his final report. Sure, there was no evidence that Trump or any of his associates colluded with Russia in the 2016 election. But everybody knew that already. Peter Strzok knew that much in 2016, to his disappointment. John Brennan had also known there was no “there” there, even as he deployed his CIA agents in a black op against President-elect Trump to urge “friendly” reporters and celebrities to say the dossier was “100% true.”

However, the partisans on Mueller’s squad were able to lace the Special Counsel report and leak enough information to give the House Democrats the ammo to accuse the president of high crimes.

And so the “Impeachment” drama began. You know, the one Maxine Waters called for even before Trump’s inauguration. Of course, she thinks “high crimes” have something to do with Trump being tall.

Meanwhile, DOJ Inspector General Michael Horowitz finally released his report on the FBI/DOJ’s subversive actions during and after the 2016 taken under the guise of “Trump-Russia collusion.” Democrats and their media partners tried to bury the report and deny its significance, uttering the 2019 equivalent of “What difference, at this point, does it make?” But the truth was too big. And too many of the players talked. Lisa Page turned state’s evidence, leaving James Comey, Peter Strzok, Andrew McCabe, Bruce Ohr, former FBI chief counsel James Baker and Sally Yates to face criminal prosecution.

Efforts by Democrats to limit the damage to “a few bad apples at FBI and DOJ” failed. McCabe, who vowed that if he went down everyone would go down, ratted out the Obama White House and Brennan’s CIA. It was their operation, he declared. It was an accusation that found confirmation in the investigation into the massive “unmasking” requests undertaken during the 2015-2016 election season. Suddenly, Susan Rice’s CYA memo written the day of Trump’s inauguration made sense. So did Lisa Page’s tweet that Obama wanted to know “everything we are doing” when it came to Russia.

Adding to the tension was Ruth Bader Ginsburg’s failing health. It was clear by the start of the Supreme Court session in October that she was in no condition to serve. However, Justice Ginsburg refused to retire. Democrats insisted that no matter what, no replacement could be named until after the 2020 election. Trump responds by declaring Judge Amy Coney Barrett would be Ginsburg’s replacement. His announcement was immediately deemed the most tasteless of his term.

The stakes could not be higher: The current president being threatened with destruction. The previous president exposed for his corruption of the American political system. (It was, it turns out, the fundamental transformation he had promised.) A political war was engaged the likes of which this country has never seen. We head into the 2020 election year with that still being decided, and with it the fate of the country.

The 2020 campaign is already manic. If the Democratic debate stages were any more crowded the fire marshal would have to shut it all down. Nearly 20 candidates in all. And all of them cat-fighting like contestants on The Bachelor hoping to land a one-on-one with the playboy billionaire.

Uncle Joe Biden was an early favorite, until his long-known, tightly held habit of fondling women and girls finally caught up to him. Cory Booker as well had to finally answer allegations he’d groped a male political supporter in a men’s room. But that didn’t harm Spartacus nearly as much as his increasingly flaky pandering in pursuit of power. He’s cried as often and as dramatically as a soap opera siren over every perceived injustice in this cruel America of ours. Trump dubbed him Cory the Crier, saving the other candidates the trouble.

Elizabeth Warren clumsy handling of her pseudo-Native American heritage came back to haunt her. Specifically, she was kicking herself for not having the brains to spoof the Ancestry.com commercial with the guy who grew up thinking he had one ethnic background when in fact it was another. Spoof the ad. Make fun of herself. And the issue would have been over. She is left to wonder what might have been.

Beto O’Rourke is pondering what will be. He’s wisely decided not to run. Running before you’re ready to run just because people want you to run is a fool’s errand. Running into Rick Perry at a charity event in Dallas reminded him of that. Instead, he’s started racking up the cable appearances and eyeballing the Texas governorship in 2022.

Nobody can knock her from wanting to bring California’s dung-filled streets and sanctuary cities to all of America, because California has too many primary votes. Nobody can attack her penchant for trying to imprison journalists she doesn’t like because, well, she did it to the guy who exposed Planned Parenthood’s baby-part selling racket. And nobody is going to get the Democratic nomination without worshipping at the abortion altar. And besides, Democrats only care about journalists who carry their water.

Still, while Sen. Harris is gaining some momentum, the polling shows Democratic voters are as scattered as Alexandra Ocasio-Cortez’s views on economics. And you know what that means: A certain pantsuit wearing political figure has seen an opening. Hillary Clinton, via her paid lackeys, has begun astroturfing the idea that what the Democrats really want is a do-over of 2016. They want the rematch.

This time, no doubt, Hillary Rodham Clinton could wipe the floor with the hated, failed, facing impeachment Donald J. Trump.

The media, already growing bored with the Democratic nominees, and recognizing that none of them could go toe-to-toe against Trump, starts feeding the speculation.

However, as much as she wanted to do it, as much as she psychologically must do it, too many powerful fundraising voices are saying don’t do it, and her body says “you can’t do it.” That’s why Hillary Clinton in early fall declared she would not be a candidate.

“Sorry to hear that,” tweets Trump. “A rematch would have been fun.”

After long and loud speculation that he was going to dump Mike Pence from the ticket, Trump has stuck with the silver, stoic fox. He’s also installed son-in-law Jared Kushner as White House Chief of Staff.

Trump also took time to barnstorm urban areas touting his prison reform and urban renewal efforts, and noting how the Democrats’ push for open borders drives down wages for “hard working, low income Americans.” Democrats have been sweating Trump’s polling among African-Americans. Will there be a generational shift in 2020? We’ll see later this year.

We’ll also see Melania Trump on more magazine covers. The industry-wide blacklisting of the first lady finally broke in May. When the issue nearly sold out its run, other magazines took notice. As much as they hate Trump, they’ve realized they like money more. And, well, the woman is gorgeous.

And finally, there was the president’s tweeting. A serious wrist strain during a June golf outing raised hopes in the media and official Washington that Trump’s tweeting would have to take a break. But the president played through the pain.