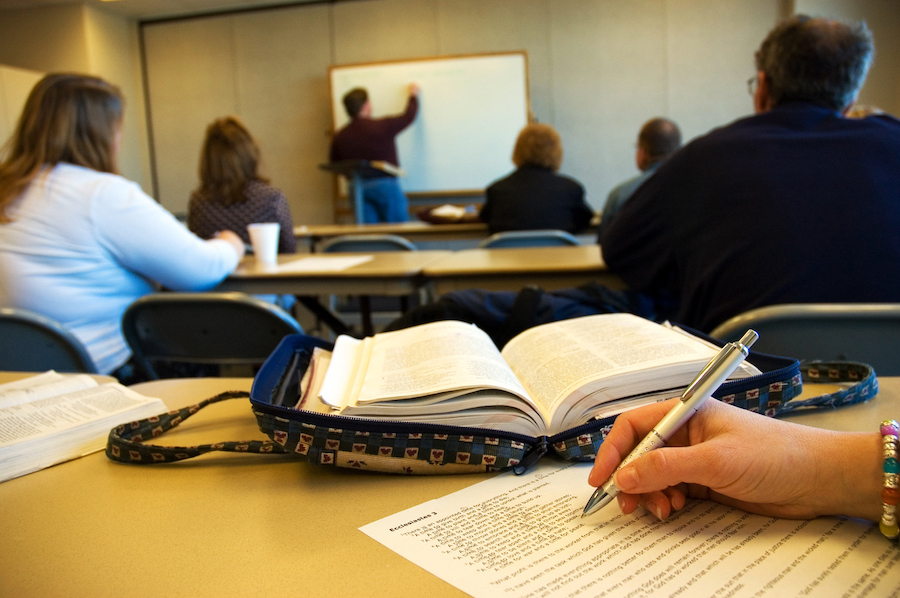 Fuller, located in Pasadena, California, is the nation’s largest interdenominational seminary. The lawsuit represents a move that Christian organizations have anticipated in light of same-sex marriage. The lawsuit could become a landmark First Amendment case.

The two claim that since Fuller receives federal funding, the seminary is violating Title IX of the Civil Rights Act, which says that no person can be discriminated against under any education program receiving federal financial aid on account of sex.

The Obama administration had interpreted “sex” to include discrimination on the basis of assigned sex, gender identity, sexual orientation, and transgender status. The Trump administration has rolled back those interpretations, however.

While the seminary is religious in nature, it offers a wide range of degree programs and does not require students to adhere to a statement of faith. Fuller has not applied for or received a religious exemption from the requirements of Title IX.

Brittsan and Maxon are making a full-fledged case that they have been discriminated against. “This is a civil rights case about two students who were expelled from their graduate program for one reason: They married someone of the same sex,” a portion of the amended complaint reads.

Becket attorneys liken this case to one they previously tried, and won, at the Supreme Court in 2012: Equal Employment Opportunity v. Hosanna-Tabor, a case about ministerial exceptions to federal laws.

In that case, a commissioned minister and teacher sued Hosanna-Tabor, a Lutheran church and school in Michigan, for discrimination after she had been fired for “insubordination and disruptive conduct,” a violation of the church’s teachings.

The Supreme Court ruled unanimously in favor of Hosanna-Tabor, protecting the ministerial exception that ensures churches have the right to choose their own leaders and carry out their religious beliefs without government interference.

In the opinion, Chief Justice John Roberts said, “The church must be free to choose those who will guide it on its way.”

This case raises significant questions: Does expelling a student for entering a same-sex marriage count as discrimination for legal purposes? And if Fuller has discriminated, should it lose access to federal funding? If so, how would that bode for the hundreds of other similar Christian schools?

Even if it did, however, the plaintiffs’ argument may have to pass extra scrutiny because they are suing not just any school, but a seminary. Courts tend to defer a great deal to religious institutions when it comes to matters of conscience.

Traditional Christian teaching holds that sex should be between a man and a woman within the bonds of a covenant marriage relationship. As outdated, traditional, and bigoted as that may sound to some, this is a closely held religious belief, and most Christian organizations do not consider it discriminatory to hold or live by such beliefs.

If this lawsuit succeeds, it would set a new and worrisome precedent that organizations like Fuller can no longer expect to operate according to their consciences. It could strip Christian colleges and seminaries of the ability to be true to their convictions and foster a faithful Christian community.

It is certainly understandable that the plaintiffs do not want to be expelled from the seminary they chose to attend. But the seminary is a private institution, and those who voluntarily attend the seminary can be held to its ethical standards.

Fuller has a right to be Fuller, and these plaintiffs have the right to be themselves. It is imperative that our laws continue to protect the ability of schools like Fuller to carry out their missions in good conscience, even if that means removing noncompliant students from their rolls.