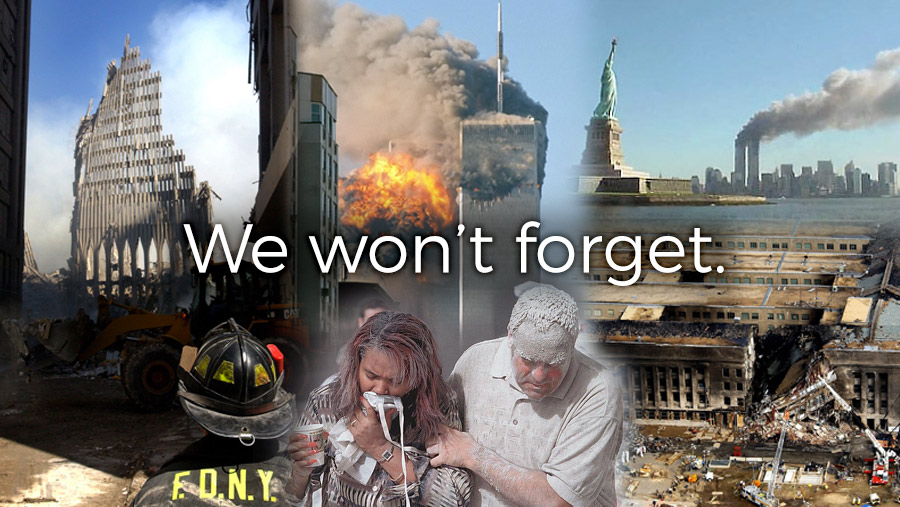 17 years ago this morning, the people of the United States suffered the worst terrorist attack in the history of the nation. Nearly 3,000 people died as planes hijacked by radical Islamists were flown into New York’s Twin Towers and the Pentagon. A fourth plane crashed near Shanksville, Pennsylvania as passengers fought to regain control of the aircraft.

Shortly after the 9/11 attack, Alan Jackson premiered a song at the CMA’s he just could not get out of his head. “Where Were You When the World Stopped Turning.”

I’m just a singer of simple songs. I’m not a real political man.
I watch CNN, but I’m not sure I can tell you the difference in Iraq and Iran.

But I know Jesus and I talk to God and I remember this from when I was young:
Faith, Hope and Love are some good things He gave us. And the greatest is love.”

Prayer: Lord, on this 17th anniversary of the 9/11 attacks, let us keep in our hearts the families of those stolen from us. Keep safe our warriors who continue even at this hour to hunt the extremists that mean us harm. Lord, we pray the force of your love will change the hearts of those who cling to an ideology that celebrates death.

Lord, fill us today with continued resolve, that we may never lose nor fail to appreciate the blessings you have given the United States. And may you continue to shed your grace on thee, and keep us safely under your wing.