The only real solution to this corruption is to shrink the government itself — and leave fewer of our resources for unscrupulous politicians to pilfer away. 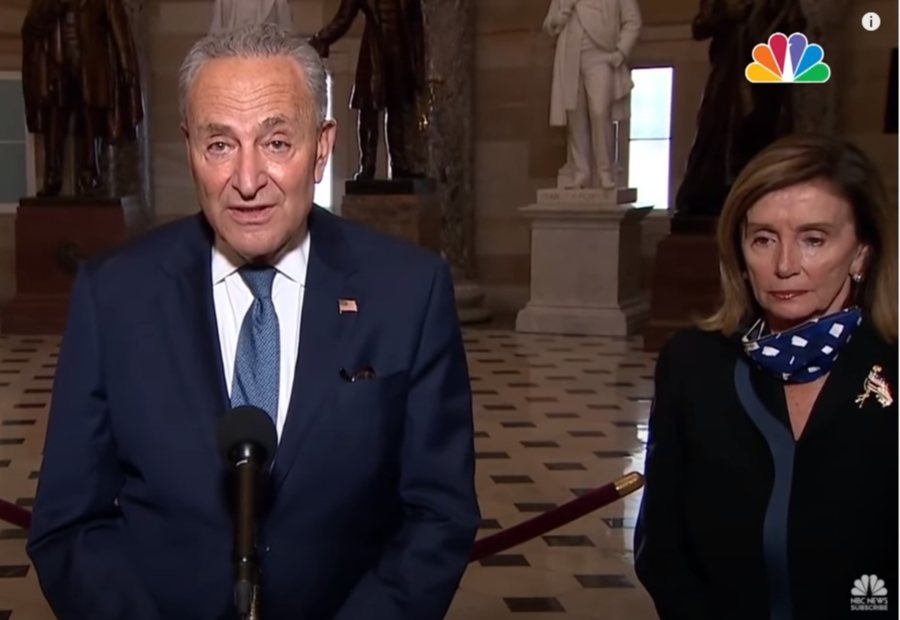 President Biden has proposed $1.9 trillion in additional COVID-19 spending. He’s asking Congress to authorize another round of checks, more expanded unemployment benefits, a $15 minimum wage, and much, much more. Over the weekend, House Democrats finally released the text of the 600-page bill meant to make Biden’s broad COVID proposals a legislative reality.

Critics and economists have already attacked the proposal on the merits of its main provisions and staggering overall cost, arguing it would break the budget, incentivize unemployment, and fail to stimulate the economy. However, there’s a much simpler objection to this legislative bonanza: it’s full of unrelated pork and political priorities.

As long as politicians are left to dole out trillions behind closed doors, corruption will inevitably ensue.

Here are 10 crazy examples of waste and partisan kick-backs that have nothing to do with COVID-19 but are in the new bill.

1. $1 Billion for ‘Racial Justice’ for Farmers

“The $1.9 trillion coronavirus stimulus package being pushed by President Biden puts more than $1 billion toward ‘socially disadvantaged’ farmers and related groups — including an equity commission, agricultural training and other assistance to advance racial justice in farming,” Fox News reports.

The legislation allocates $50 million for “environmental justice” grants via the Environmental Protection Agency. The Republican Study Committee decried these grants as a “thinly-veiled kickback” because much of this money will end up going to left-wing political groups.

In an expenditure with zero apparent connection to COVID-19, the new bill allocates $112 million for the “Bay Area Rapid Transit (BART) expansion” program. The money would largely go to a specific “underground rail project in Silicon Valley for which planning has been going on for several years but hasn’t yet broken ground,” Fox Business reports.

Slipped into the seemingly endless bill text is a $10 million appropriation to “ensure the survival and continuing vitality of Native American languages during and after the public health emergency.”

5. $200 Million for Museum and Library Services

Museums and libraries are, for the most part, closed across the country. Yet under this bill, the Institute of Museum and Library Services (did you even know that was a thing?) would be allocated $200 million in taxpayer money.

One might expect the U.S. Congress’s COVID-19 legislation to focus on, well, the U.S. But the new legislation allocates a whopping $750 million for the Centers for Disease Control to spend on global health problems and vaccination efforts in other countries.

The bill also allocates $750 million — on top of existing and prior funding — for “housing assistance and supportive services programs for Native Americans.”

House Democrats have long sought to expand Obamacare subsidies and eliminate caps that prohibit them from going to high-income individuals. Unable to find the votes to do so via the normal legislative process, they’ve simply slipped this partisan priority into their “COVID” relief legislation.

9. Billions for Public Schools Whether They Reopen or Not

The behemoth legislation doles out $129 billion for K-12 schools, ostensibly earmarked for helping them reopen. But it’s actually just a handout for teachers’ unions and public schools. They get the money regardless of whether they reopen or not, and much of it is allocated for spending in 2022 through 2028, long after the pandemic.

There are too many in the bill to count, but one glaring example of the corruption and cronyism peppered throughout this bill comes courtesy of the $1.5 million it allocates for the Seaway International Bridge. The bridge “connects New York to Canada and is a priority for New York Sen. Chuck Schumer,” the Wall Street Journal notes.

Rampant Corruption is a Feature of Big Government, Not a Bug

One would like to think that this bill and its untold billions in waste, corruption, and pork are an unusually egregious example of Congressional dereliction. Unfortunately, this kind of dysfunction is par for the course.

Corruption is a feature, not a bug, of big government spending programs. Why? Well, any time you concentrate massive spending power in the hands of a relatively small number of people with little oversight from the public, corruption is almost certain to ensue.

“There is no such thing as a just and fair method of exercising the tremendous power that interventionism puts into the hands of the legislature and the executive,” Austrian economist Ludwig von Mises once wrote. “In many fields of the administration of interventionist measures, favoritism simply cannot be avoided.”

Think about it like this. Is there any politician in the world you would trust to dole out $1.9 trillion of your money honestly?

As Mises argued, one check on this behavior is public scrutiny. “Corruption is an evil inherent in every government not controlled by a watchful public opinion,” he wrote.

Rigorous Public Oversight Is All But Impossible

Mises was indeed right that sunlight can often keep the worst abuses of the political class at bay. But in cases like this COVID legislation, politicians are able to get away with it by burying the corrupt spending in a 600-page bill that few beyond congressional aides and journalists will ever actually read.

The average voter does not have the time to read this legislation even if they had the inclination. If it took them one minute to read each page, that’s 600 minutes, or 10 hours of their time they would have to sacrifice to really give Congress’s latest big spending legislation full scrutiny. And Congress passes bills this length — or even longer — all the time!

So, unfortunately, given the sheer volume of expenditure and legislation our massive federal government is engaged in, rigorous public oversight is all but impossible. And as long as politicians are left to dole out trillions behind closed doors, corruption will inevitably ensue.

The only real solution to this corruption is to shrink the government itself — and leave fewer of our resources for unscrupulous politicians to squander.